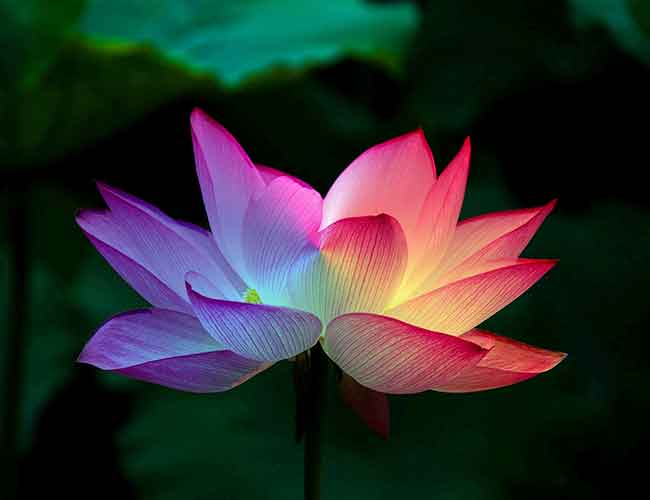 What are Cancer’s birth flowers? What are their meanings and symbolism? What makes them the Cancer flowers?

In the same way that being a fire sign and ruled by the Sun makes Leo extra assertive, being a water sign that is ruled by the Moon makes Cancer sensitive in nature. Born in the mid-summer from June 22 to July 22, Cancer shares none of the aggressiveness of their zodiac neighbor Leo. Cancer embodies the spirit of the Moon and its calm and serene presence. Not prone to outbursts, Cancer flows through life like a deep river that looks still on the surface but is churning underneath.

The men and women born under the Cancer sign are deeply in tune with not only their feelings but also the emotions of the people around them. This means they have strong empathy skills and are charismatic in that regard. But Cancer’s strength in understanding others may sometimes makes them a bit moody. In their defense, being so aware of the emotional currents around you would potentially make anyone testy. If the Cancer in your life is feeling a bit melancholy, cheer them up with flowers that embody their astrological traits. This will definitely make their day.

Below are the five special flowers we think best represent Cancer the zodiac sign. 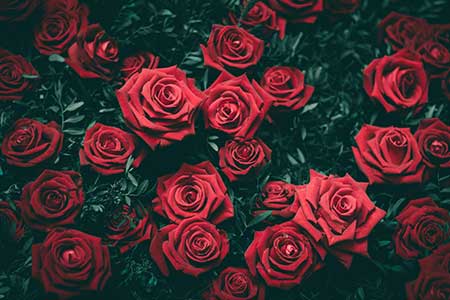 Photo by Biel Morro on Unsplash

Rose is the official birth flower for Cancer the zodiac sign. When most people think of giving flowers, their first thought is usually roses. This says a lot about the rose’s popularity as a gift of flower. Roses are not only the classic, they are also symbolic of deep emotions. If there is a sign who is emblematic of deep feelings, it is Cancer. The sign of the crab appreciates all the things that roses stand for, which are elegance, luxury, loyalty, refinement, femininity, and of course, romance and love.

Cancer longs for the classic love and romance that the rose symbolizes. Not one to play the field or date around, Cancer prefers to have one person with whom they share their hopes and dreams. Someone they can take care of and nurture; someone who will, in return, give them the love and affection they deserve.

What better flower for the ultimate water sign than a flower that thrives in the water? Not only does the water lily represents the peace and wellness that Cancer strives for in their life, but it is also the July birth flower for Cancer men and women.

Spiritually aligned with the water lily, Cancer wants not only peace for themselves but also those around them. They are often the peacekeeper in their social circles, wanting everyone to be happy and for there to be no friction in their vicinity. The water lily’s symmetrical flowers and the tranquil ponds in which they grow call to stillness in a Cancer’s soul. 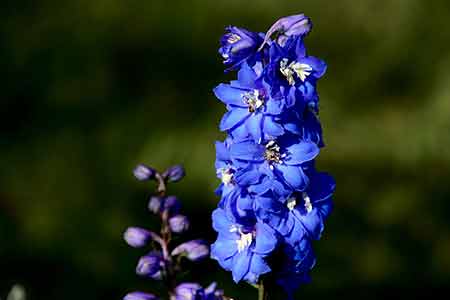 Image by Jacques GAIMARD from Pixabay

Delphinium is the third Cancer flower on this list. The perennial flower symbolizes goodwill, cheerfulness, and kindness. The delphinium is sometimes called the larkspur and its flowers are found varying between blue and purple colors. These colors are said the convey calmness and wisdom. A native flower in the northern hemisphere, its name delphinium originated in ancient Greece where the flower was thought to look resemble the dolphin’s nose.

The zodiac sign that the calm delphinium represents–Cancer–is deeply empathetic and sensitive in nature. Sometimes this sensitivity can be perceived as moodiness or feeling sorry for themselves. Cancer does tend to get a bit too far into their heads and get, well, crabby. Growing delphinium in the garden or place them in the living room will help Cancer to become the master of their sensitivity. This allows them to become understanding parents, spouses, friends, and charismatic leaders who are in touch of the need of their organization. All this–without overwhelming their senses. This effect is not only limited to Cancer of course. Also, these purple flowers are a pleasure to look at. 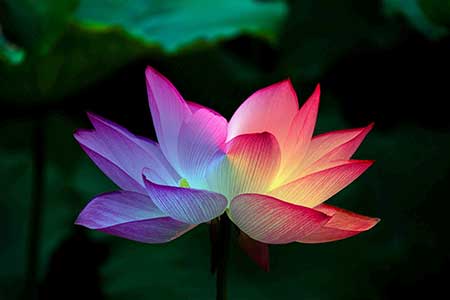 Image by Dr StClaire from Pixabay

Wait, isn’t this the same as a water-lily? Nope, lotus and water-lilies are two separate plants with different petal shapes and textures. The biggest distinction is that lotus flowers and leaves rise above the water surface while water lily stays on the water surface. In any case, they are both excellent Cancer flowers.

In Buddhist beliefs, the lotus flower is seen as a symbol of enlightenment and rebirth. With their deep thoughts and willingness to reflect upon their own shortcomings, Cancer and the lotus have much in common. Cancer’s self-awareness makes them excellent friends because they don’t have a problem admitting when they are wrong. 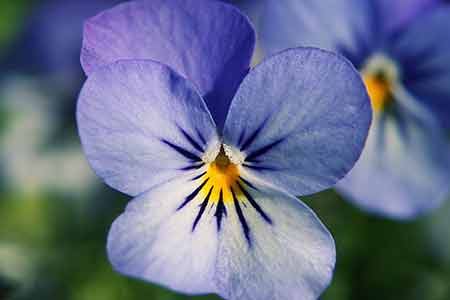 Violet or viola is a symbol of modesty, decency, humility, and innocence. It is also a protective flower. Like many other flowers, the viola has an ancient history and can be traced back to ancient Greek civilization and mythology. In Christianity, viola is a symbol of Virgin Mary’s humility.

The viola is an excellent flower for Cancer in many ways. First, because of their sensitive and empathetic nature, Cancer is often on the humble side of the scale. Due to astrological influences, they also tend to be more innocent than others around their age. This can be both a blessing and a curse but in any case, the viola shares many of Cancer’s traits, such as modesty and innocence.

Second, the viola can protect Cancer from people who want to take advantage of Cancer. Due to their innocence and motherly nature, Cancer finds satisfaction in nurturing other people and in making other people successful. This is sometimes taken advantage of. A protective flower like the viola will provide protection and help Cancer to avoid being used as a tool by people with ill intentions.

And these are what we think the perfect flower for Cancer–the sign of the crab.