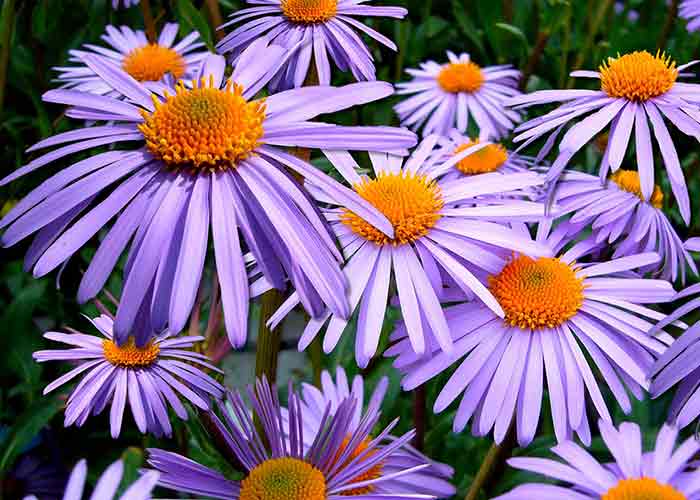 These are the birth flowers September is blessed with. Find out these flowers’ elusive identities, meanings, origins… and what makes them the flowers for September babies.

September is the 9th month of the year and the time to celebrate the bounty of the year’s harvest. During the 5th century, the month was extra special because it was when the Anglo-Saxons brew beers using the newly harvested barley. Great festivities were held to celebrate a prosperous harvest. In the astrology realm, two signs rule the month–the analytical Virgo and the diplomatic Libras. September babies are also honored with two meaningful flowers: the autumnal aster and the resilient morning glory. Let’s get to know these September flowers better and understand their deep symbolism. 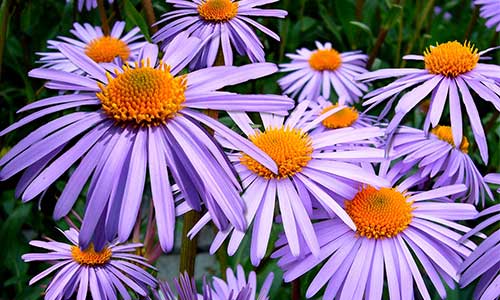 Aster is the primary birth flower for those born in September. Aster amellus is the scientific name of this small flower with tall upright stems and a yellow center.

This perennial flowering plant can come in different colors including purple, white, red, and pink. Some of its varieties can thrive even in droughts and the reason why it is a common option for desert landscaping.

The flower was named after Astraea, the Greek goddess who ascended to heaven and formed the constellation, Virgo. So it shouldn’t be surprising that Aster is also a birth flower for Virgo the zodiac sign. Legend says that when Astraea wept for humanity, her tears fell on earth and bloomed as the aster flowers.

While the “star flower” Aster may look similar to daisies (birth flower for April, Aries, and Taurus) they actually belong to the same family as the sunflower. Asters are fall flowers and their bloom indicates that summer is coming to an end. They blossom to supply food and shelter for the animals during the cold winter. Birds and animals can feed on aster seeds while taking shelter on the dried aster stalks.

September marks the beginning of the aster season, the star flower of fall. Each season has its own time and charm as well as the flowers that bloom with it. When all the other flowers have completed their cycle, the asters will appear to bring beauty to a world that’s about to slumber. It is a flower symbolic of love, faith, and wisdom.

In the Victorian language of flowers, the small delicate aster represents patience and charm. Purple is the most common color of the aster flower and it signifies wisdom and royal status. White asters are chosen to signify purity. Red asters signify undying love and devotion. Pink asters signify vulnerability and young love. A bouquet of aster flowers can make a perfect parting gift for its hidden meaning is ‘take care’ or ‘keep safe.’ September babies are believed to be highly intelligent and only fitting to be represented by the aster flower that symbolizes wisdom. 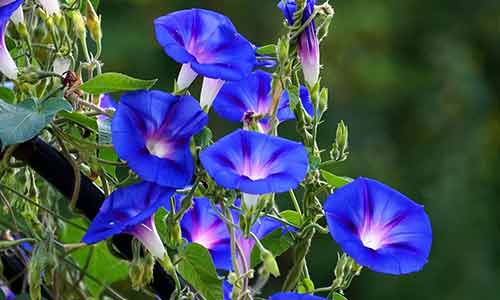 Morning Glory is the second birth flower for people who celebrate their birthdays in September. There are more than 1,000 species of this herbaceous shrub and its classification is continuously changing.

The species features striking trumpet-shaped flowers and attractive leaves that rest in its hardy vine. To witness its great beauty, you have to rise early in the morning to catch them as they bloom. As the morning progresses, they droop and die due to the heat of the sun. For this reason, morning glory can only be appreciated on vines and not as flower bouquets.

Convolvulaceae is the family of the morning glory and it can come in a variety of colors including violet, blue, red, pink, and white. Morning glory is a significant flower for the ancient Mayans and Aztec culture because it was believed to possess great powers. Its seeds were used in rituals to open divine portals and connect with the gods. When ingested, the seeds can produce a hallucinogenic effect but also poisonous, especially in large quantities.

In Christian beliefs, the morning glory embodies mortality for it blooms in the morning only to wither later in the day. Having morning glories planted in your garden will not only add beauty but also tranquility to your home environment. It helps in calming people and eases the effect of fatigue. These amazing flowers can also help in lowering power bills because they can block extreme heat and can take on the extreme cold.