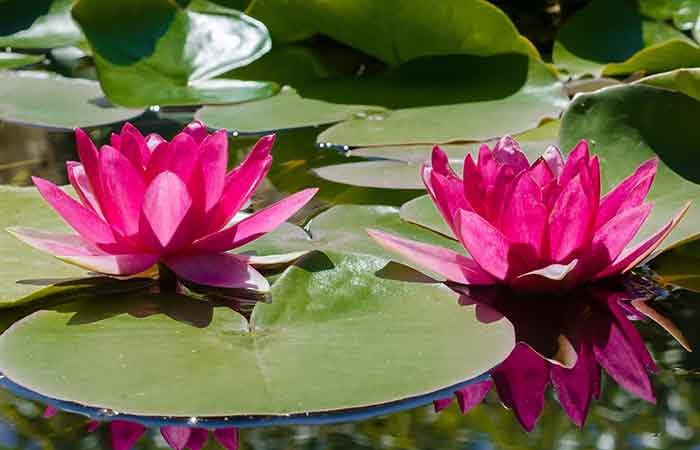 What are the birth flowers of July? What are the meanings of these flowers? Why do these flowers represent July babies? Could it be just a coincidence? Or is it seasonality? Find out the answers to these questions in this article dedicated to the July flowers.

July is the seventh month of the year, which means that Earth has traveled halfway in its annual trip around the sun. It’s a time of reckoning, of what we’ve done so far, and what we’ve left to do. If you haven’t spread enough love and positivity during the first half of the year, then now is the perfect time to try harder. Now let’s take a look at two flowers that are the most popular birth flowers for people who’re born in July. 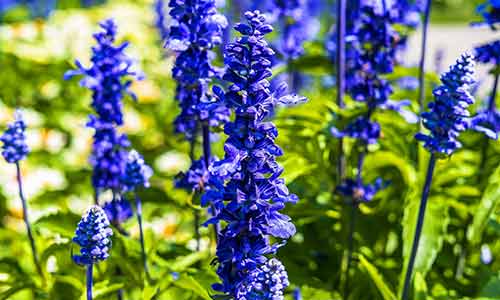 Larkspur is the primary birth flower for those born in July. It got its name from its long petal that resembles a silver prick spur of a medieval knight and claws of the Meadowlark bird. Larkspur is an annual flowering plant of the genus Delphinium, which was established by Swedish botanist, Carl Linnaeus.

In Greek mythology, Delphinium was believed to have sprung from the blood of Ajax. He was a god and a hero who perished in battle during the Trojan war. The Greeks then named the flower, Delphinium because its blooms bear a resemblance to a dolphin’s nose. The larkspur plant is well-known for its delightful towering spike of flowers in blue, white, purple, and pink. It is mostly used as décor at home and establishments because of its beauty. Adorning your home with this pretty larkspur flower will never fail to enhance the aesthetic appeal of your interiors. Although it has to be handled carefully for all parts of the larkspur plant contain poisonous alkaloids.

In general, the larkspur flower symbolizes love, devotion, and positivity. There is no better way to express your love to a July born than the towering beauty of a larkspur flower. It can brighten any day and can guarantee a smile on the recipient’s face. If you see that your loved ones are sad or stressed, sending them larkspur flowers will encourage them to be strong and remind them to be positive. It will not only boost one’s mood, but it can also improve a person’s overall health once the negative emotions are released.

Larkspur comes in different colors, each with its own unique symbolism. The blue larkspur is a classic symbol of elegance. White can encourage a happy disposition to the recipient. The purple hue represents first love, which makes it a suitable flower for young lovers. The pink hue signifies fickleness because of its irregular shape and tinged color. It is fascinating to get accustomed to the art of flower symbolism. If you can speak the language of flowers, you will not only appreciate the beauty of each bloom but also maximize your presence with the attached symbolism. 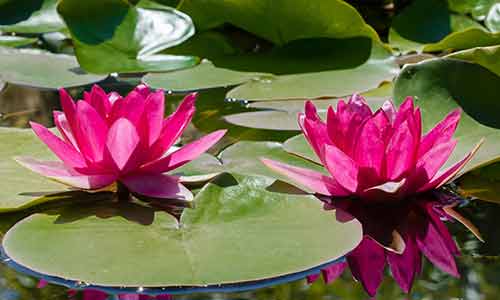 The water lily is the second birth flower for those born in July. It is an aquatic flowering plant of the family Nymphaeaceae. These aquatic beauties are popular ornamental plants due to their distinct beauty and fragrance. The water lily features a cup-shaped floating flower on top of its large floating leaves. The world’s largest water lily can be found in the great Amazon basin. Its gigantic floating leaves which are measured at the expanse of 10 feet and a stalk of over 20 feet long.

Its ever delightful flower emerges to the surface on long stalks. We can’t help but be amazed to see this solitary flower above water surfaces with no trace of its root or stem. Water lilies are actually attached to an underground long stem just beneath the water. They are not only a beauty to behold but are also powerful purifiers. Water lilies can clean the water and preventing the growth of algae and can even absorb toxic metals in water.

The water lily symbolizes purity, chastity, and splendor. It is a flower named after the nymphs, a mythological spirit believed to inhabit rivers and woods. Hence, they are chosen to embody the characteristics of these imagined spiritual beings. Those who were born in July may inherit the characteristics of this magical birth flower. From dirt and mud, water lilies grow and emerge on the surface to become a beautiful fragrant lone flower sitting like a queen on top of its large leaves. Like a water lily, a July born can also demonstrate patience which is key in making better decisions and imbibing positive thinking.

The larkspur and water lily are also birth flowers for July Cancer and July Leo.