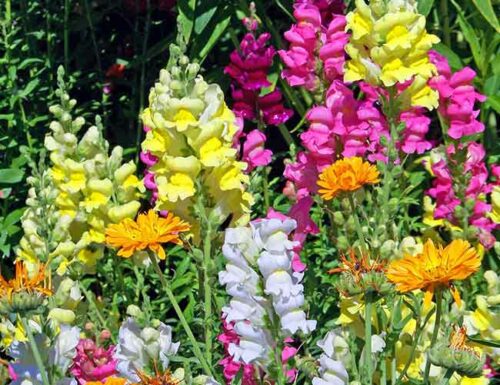 What are the birth flowers for Sagittarius? What are their meanings, symbolism, and myths?

In Greek mythology, Zeus is renowned for his wisdom and love of a good time. However, he is also notorious for his my-way-or-the-highway attitude. Is it any wonder that the people born under his influence, November 22-December 21, carry many of his traits? Why is this relevant? Because Zeus’s another identity is none other than Sagittarius’ ruling planet–Jupiter.

Sagittarius folks are outgoing and have a love for life that is infectious to those around them. They love learning new skills and knowledge. And they also enjoy engaging in intellectual discussions with others. The other side to that coin is that their knowledge can make them stubborn and very sure that they are 100% correct.

While Zeus is a large and imposing figure, it should be noted, that Sagittarius falls under the sway of another powerful influence, the winter solstice. The longest night of the year, the night when we change from darkest night and the sun begins to gain prominence again falls at the tail end of the Sagittarius period. It bears wondering if this powerful astronomy event is the root of the archer’s need for change and new things.

A simple way to offer the Sagittarius in your life something fresh and new is with flowers that call to their most dominant traits. Below is a list of flowers that best represent Sagittarius in terms of their symbolic similarity, elemental affinity, and spiritual connection. They are the perfect gifts to give to Sagittarius and they’re also excellent blooms for Sagittarius to give to someone they care about. 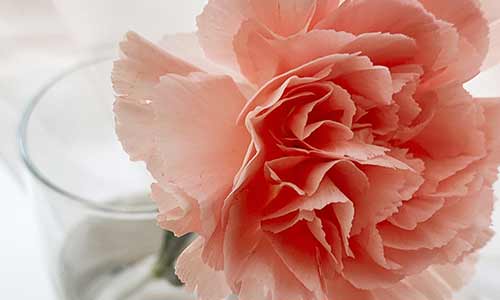 Carnation, the official Sagittarius flower, is one of the most popular flowers. And there are good reasons for its popularity. The carnation is a symbol of love. Because they tend to outlast other flowers in a floral arrangement–staying bright and beautiful when the others are withering away–they are also a symbol of longevity.

In true fire-sign fashion, Sagittarius feels things strongly and passionately. But, unlike Aries and Leo who will roar their feelings to the world, Sagittarius is more careful and want to feel out the situation. To make sure that they aren’t giving their hearts away only to be burned. Yes, just because it is a fire sign doesn’t mean that they aren’t afraid of being hurt. Once they have given their love, they will remain loyal, and expect unwavering loyalty in return.

Carnation is an excellent flower to give to the men and women of Sagittarius. 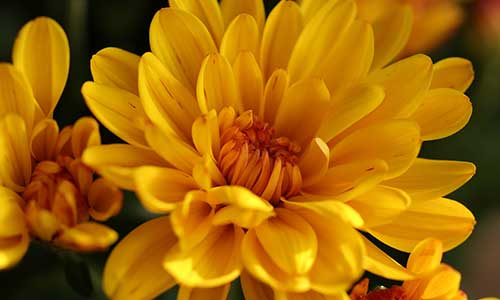 Chrysanthemum is the birth flower for November Sagittarius. It comes in a multitude of colors and is one of the most popular flowers in floral arrangements around the world. Its ability to fit into almost any bouquet is something that the confident and social Sagittarius pride themselves in. With their open-minds and love for discussions, ranging from casual chit-chat to intellectual discussions such as on the origin of the universe, Sagittarius is the happiest when surrounded by others. This trait makes chrysanthemums the perfect flower for them because in many cultures these versatile flowers represent joy and optimism, two lenses that the idealist archer tries to see the world through. Because of the chrysanthemum’s power to bring joy and good conversations to Sagittarius, it is a lucky flower for Sagittarius. 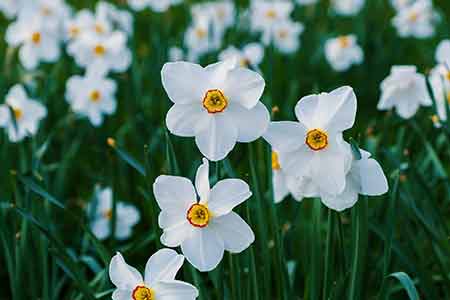 When given in a bouquet, narcissus is a symbol of truth and forgiveness, two things that go hand in hand in Sagittarius’s life. Not known for beating around the bush or shying away from speaking their opinions, sometimes a Sagittarian’s words can pierce with the same efficiency as the arrows shot by the archer. They don’t do this intentionally, but their blunt natures and affinity to honesty can put them in hot water with those they love. Pair that with their fire-sign egos, and apologies do not come easy to Sagittarius. If they send you a bouquet with their December birth flower, know that they are sorry for hurting you, but they still meant what they said. 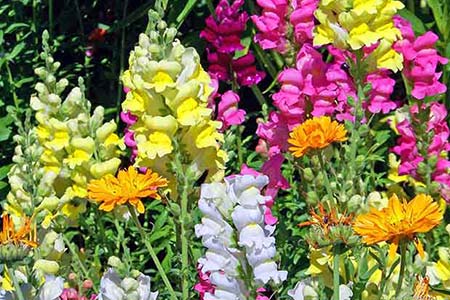 Growing on tall, firm stalks in even the most inhospitable environments, it’s no wonder that snapdragons represent strength and resilience. The same traits can often be found in Sagittarius in varying degrees. As a fire sign that is under the influence of Zeus and symbolized by a mighty hunter from mythology, it would be shocking if Sagittarius were anything other than strong. Strong-willed and heavily opinionated to the point of sometimes being argumentative, do not expect Sagittarius to back down easily. Not to say they are overbearing and unbearable. They are known for being charismatic and hilarious, but there are some things they feel serious about, and they will let you know. It’s also a convenient coincidence that in folklore, snapdragons were used to ward off dishonesty and falsehood, and Sagittarius detest dishonesty.

For being a symbol of strength, the snapdragon is a power flower for Sagittarius. 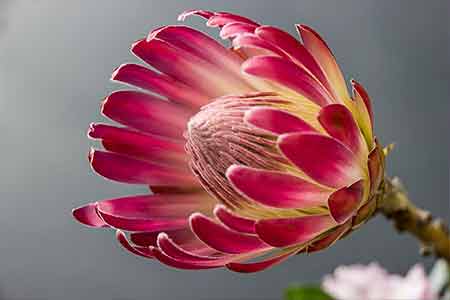 A member of one of the oldest families of flowers, protea gets its name from the Greek myth of Proteus. The son of the trident-bearing Greek god of sea Poseidon, Proteus is often referred to as “Old Man of the Sea” and is a symbol of constant change, like the tides. This association makes them a great flower for Sagittarius who’s inquisitive nature drives them to be constantly seeking new things. New adventures and experiences are always great, but even small changes, like trying a new restaurant or reading a book by a new author will bring joy to Sagittarius. While living with them may be a bit overwhelming at times, it will never be stagnant and dull.

7 Things Sagittarius Does If He Likes You