Metropolitan Girls
Home Astrology 7 Signs Cancer Men Like You: Things He Does When He Likes... 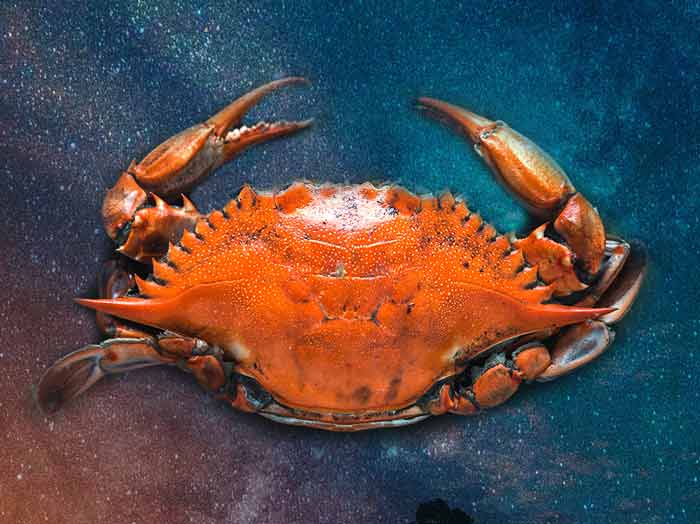 What are the signs that a Cancer man shows when he likes you? Find out things Cancer men do when they like you. Not sure if the shy guy likes you? Or perhaps you’re worried that he only likes you as a friend. How can you tell if he likes you from the nonverbals signs that he’s giving you? Maybe you two are already in a relationship and you are just not so sure if the Cancer man is still interested. Find answers to your questions below.

7 Signs A Cancer Man Show When He Likes You

Cancer, the fourth Astrological sign in the Zodiac, is a water sign and is thought to be the most emotional sign in the zodiac lineup. In fact, this is the sign that is the most maternal one of all. Cancer is a sign that represents the home, cooking, and even money management. This applies to both men and women that have the crab as their sun sign. If you have a crush on a Cancer man, you will know if he likes you back if he displays any of these 7 signs that he likes you. You will know the difference between him liking you as a friend or actually wants to be with you for life. Let’s look at these signs now.

You already know that Cancer is all about emotions.

If he likes you back in the way you are hoping he does, you’ll know by whether he displays affection publicly. Does he hold your hand in public and does he kiss you in public? Does he want to make out with you no matter where you are and will ignore anyone who tells the two of you to get a room? If he is always wanting to do that, then you know he wants to be with you and likes you more than a friend. If he only likes you as a friend, he may hug you when there is a reason to be hugged. But that is as far as it will go.

Cancers love to cook and if he likes you more than a friend, he will be cooking up elaborate meals for you.

Not only to impress you but he wants you well fed. He’ll want you to help him out as well when he is trying a new recipe because he wants you to be involved in anything new that he is cooking up. But for recipes he is familiar with, he will prepare it for you on his own. He may do this for you as well if he only likes you as a friend. However, he won’t be incredibly elaborate with his cooking in this case. He will make you a simple pasta meal with a salad, and a simple cake for dessert. But if he really likes you more than a friend, he will go the extra mile and serve you a gourmet version of whatever he cooks for anyone who he considers as a friend.

You never have to worry about a Cancer man going behind your back, ever.

4. He Needs To Know Everything About You

If he likes you more than a friend, he must know what you are truly about.

The good, the bad, and the ugly. He will embrace it all as long as you are honest with him. If you are hiding anything from him and he finds out, he will be extremely upset. If he only likes you as a friend, he will still want to know what there is to know about you, but not in such detail. He would want to know whatever there is about you just like he would want to know whatever there is about his other friends. His life won’t be a part of yours beyond that and that is why he does not literally need to know everything about any friend he has.

5. He Wants You To Come To His Home Often

Remember, Cancer is a homey sign and the Cancer man will want you over to his place often!

6. He Introduces You To His Family

Family is also very important to the crab!

With that said, you can bet that he will introduce you to his family right away if he likes you more than a friend. He won’t hesitate because you are part of his heart and he wants his family to know and see that. If he likes you as a friend, he won’t have any reason to hurry to do this unless he is inviting you for dinner while his family is already there.

7. He Shares His Deepest Thoughts

A Cancer man will not hold back on his deepest thoughts

…with the one who he feels is part of his heart. It will overwhelm you but this is a sure sign that he really likes you! If he only liked you as a friend, he won’t have a need to do this at all unless it is for a specific reason.

Does Your Cancer Man Show Any Signs That He Likes You?

Now you know if the Cancer man likes you for is displaying any of these traits, you will see where you stand with him! And if he likes you more than a friend, can you handle it? Because this could be quite intense.