These are the five birth flowers Leo is associated with. What are these flowers? What are their symbolism, origins, and meanings for Leo the zodiac sign? Get the answers you’re looking for in this Leo flower guide. 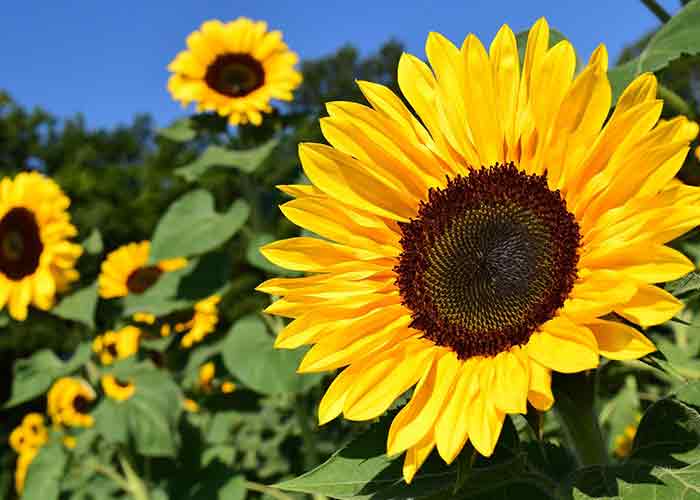 Your zodiac sign can tell so much about you, not only your character traits but also the things you feel drawn to. Maybe it’s a specific aesthetic for your home, the colors you vibe with, or which elements of the natural world call to you. Plants have long been given symbolic meaning and personalities that cohabitate better with some signs than others.

Born in mid-summer, between July 23 and August 22, Leos have the double-shot of being a fire sign, and also of being ruled by the Sun. What water and Moon-loving Cancers are to sensitivity, Leos are to confidence. With that type of inferno roaring through their charts, how could they be any less? While that fire has been known to burn up anyone in its way, it will also warm and protect anyone a Leo has claimed as their own. If you want to brighten the day of the fiercely loyal lion in your life with flowers for their den, they feel drawn to flowers that are as bold and exuberant as they are.

The flower most often associated with Leos is the sunflower. This probably doesn’t come as a surprise, since all it takes is a glance at one of their enormous, fiery colored blooms to see the resemblance to Leos ruling planet, the Sun. It also doesn’t hurt that Leos tend to see themselves as the leader-of-the-pack, and sunflowers tower over the rest of almost any garden. However, the connection between these two is more than stalk and petal deep. In many cultures globally, sunflowers are symbols of optimism and intelligence, two traits that are also characteristic of Leos. In the myth of Clytie and Apollo, Apollo turns the nymph Clytie into a sunflower. Afterward, she spends her days loyally tracking his path across the sky. Similar to how a loyal lion will always be right there, cheering on those they love.

With a nickname like “herb of the sun” it isn’t hard to understand how marigolds came to be associated with sun-worshiping Leos. Marigolds come in a variety of warm colors that reflect the fire in a lion’s heart. Their bright colors have long been a symbol of positive energy, something that Leos not only exude but are also great at harnessing to accomplish their goals. Keeping a bright batch of marigolds in the house will reflect and magnify the joy and exuberance Leos bring to their environment.

The marigold is also a birth flower for: October.

The lion-headed dahlias start to bloom in mid-July and are at their bold and beautiful best during Leo season. Since the Victorian Era, dahlias have symbolized dignity and elegance, but don’t confuse dignity with stuffy. Dahlias, like Leos, are no wallflower. Their vivid colors and large blossoms make it nearly impossible for them not to stand out in a crowd. A feeling that charismatic Leos understand all too well. This isn’t to say they intentionally hog the spotlight, dahlias grow wonderfully with other flowers. Likewise, Leos prefer the be the center of a circle, not out in the spotlight alone. 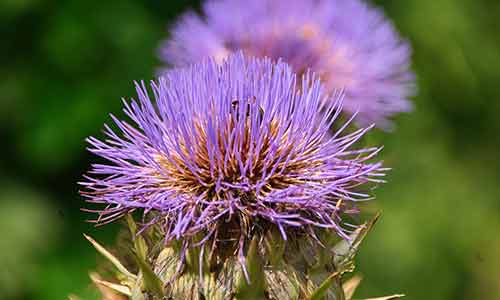 Safflowers are another sunny flower associated with Leos. However, this connection has less to do with their fluffy, yellow blooms and more to do with its prickly appearance and the spines that coat its stem. Upon the first introduction, self-assured Leos can come off as arrogant and intimidating to those who don’t know that they are, in actuality, just big kitty cats. Once you take a little time to move past the pokey parts, you’ll be ensnared by their charismatic and loyal nature. Or in the case of safflowers, by the sticky webbing that coats their stems. 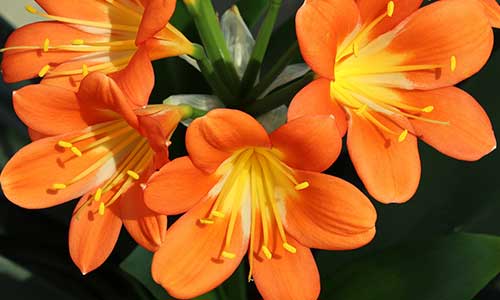 Another flower that shares spiritual connection to the Leos, not from its blooms, in this case, bundles of delicate orange lilies, but from the shape plant itself is the Clivia. Often called “bush-lily”, these plants grow large, stiff leaves around their delicate blooms that give them an appearance of strength, and have contributed to their reputation as unyielding. Sound familiar? Meticulous and well put-together, Leos often get mistaken for being vain or stubborn. In reality, that tough exterior is protecting a warm and generous heart. And while they may seem head-strong or determined to have their way, they genuinely feel their way is best for them and the ones they love. That is why they are willing to push for what they think is right, even if they ruffle some fur along the way.