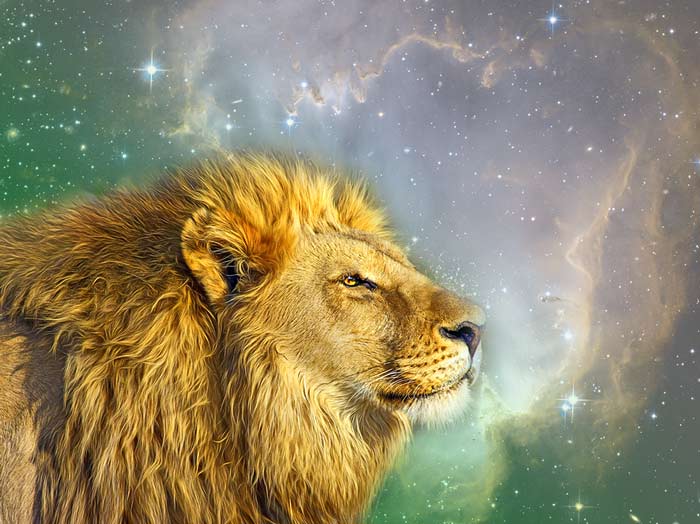 Find out if he likes you from these signs. Are you wondering if the Leo man you’re having a crush on likes you? Perhaps he does like you but only as a friend, how can you find out how he really feels about you? If the two of you are already dating, how do you know if he’s still interested in you or if he’s still in love with you? Have your questions answered by referring to these signs that Leo men show when they like you.

You have fallen for a guy that is quite playful, youthful, but he has a tendency to want to be in the center of attention. The Leo sign represents the King of the zodiac. Leo is the fifth sign of the Zodiac and a fire sign. If you are completely enamored with him but you are unsure if he feels the same way about you, why not take this opportunity to find out. Let’s learn about the 7 signs that a male Leo likes you.

1. He Gives You Plenty Of Attention

Leos naturally know about what the need for constant attention is all about.

They may want it for themselves, however, if they are in love with you or if the parent is a Leo, then they make sure that the one or ones who they love get that attention as well. With that said, the Leo man will be giving you plenty of attention because of the fact that he sees you a part of him. This is the same type of idea when it comes to Leo parents making sure that they give their kids plenty of attention. However, when the the guy as a friend, he will only give you a lot of attention on your birthday and that is it. It won’t be as deep either the same way as it would be if he liked you more than a friend.

2. He Makes You The Center Of Attention

Not only will the Leo man be giving you plenty of attention, but he will be making sure that you are in the spotlight.

It is the same idea as to how a Leo parent would want their kids to be in the spotlight. He will show you off to everyone around! If it is your birthday, he will take you to a restaurant and make sure that the waiters and waitresses sing to you and give you a slice of cake after dinner. You may be embarrassed but to him, he loves it. Again, if he likes you a lot more than a friend, you are a part of him and when you are the center of attention, so is he. If he only likes you as a friend, he will not make you the center of attention at all.

3. He Invites You To Parties And Events All The Time

If there is a new exciting event happening in town, he will be the first to tell you about and invite you along to go with him.

Remember that the Leo individual naturally wants to have a good time, and for those who are important to them, they will want to share that good time with them. Anytime a party is known and an exciting event is announced, then he will want to go, and only with you! If he likes you as a friend, if he doesn’t have anyone else to go to these events with, he will invite you as well but if he is not showering you with attention – then he only invited you along as a friend and that is it.

4. He Will Point Out How Unique You Are

Leos love anything that is considered unique

… which is a trait that they take from their opposite sign which is Aquarius. However, if he likes you, he will point out the unique things about you because that is his way of making you feel special. Leos are also confident and that is what he is also doing – boosting your confidence!

5. He Is Very Romantic

The Leo man will be wining and dining you!

And he will be wining and dining you at the most expensive restaurants because that is his style. Unlike the Cancer man, the Leo man will b preferring to be romantic with you in fancy settings such as fancy restaurants rather than at home. However, when he picks you up for dinner, expect him to give you a bouquet of flowers, and then he will take you out to the fanciest restaurant in town. He may even surprise you about where he will be taking you as well. And when it is time for him to take you home, he will surprise you with a box of chocolates. Every day is Valentine’s Day with the Leo man. If he only likes you as a friend, he will not wine and dine you at all.

6. He Encourages You To Be Yourself

He will want you to embrace your individuality. He wants you to be yourself and will want you to show who you really are. That even goes for your less than perfect traits. However, if he only likes you as a friend, he will do the same because he cares about his friends and wants them to be comfortable in their own skin.

The one thing you never have to worry about when it comes to the Leo man is any type of deception.

That is because he is extremely loyal and he will also tell you immediately if he is upset with you for anything you did. He will make sure that you are his priority and will not put his friends above your needs and wants at all. If he likes you as a friend, he will also be loyal to you as well but not to the degree as he would be if he liked you to the point of wanting to spend the rest of your life with him.

Now you know what to expect when it comes to a Leo man who likes you more than a friend. He would be an awesome partner to have because of being so loyal, full of surprises, and so much fun!

Does The Leo Man Show Any Of These Signs Above?

If he does, perhaps he’s madly in love with you.

How does the twelve zodiac signs behave when they like you.