Metropolitan Girls
Home Astrology 7 Signs A Scorpio Man Likes You: Things He Does When He... 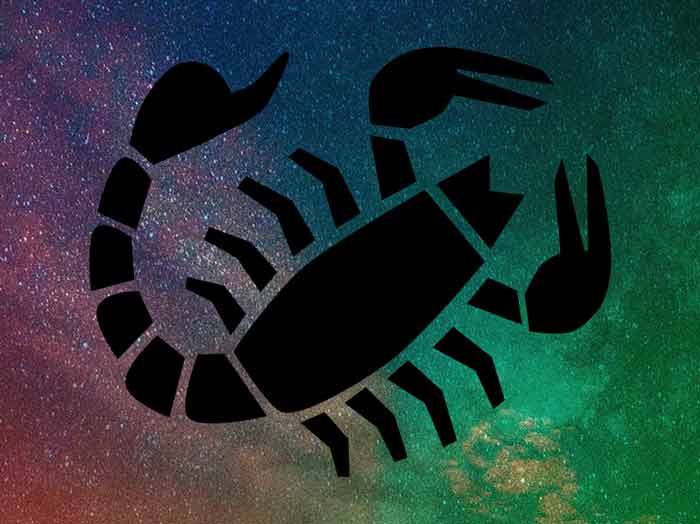 These are the signs a Scorpio man shows if he likes you. Are you having a crush on a Scorpio person but not sure he feels the same way you feel? Sure, you can ask him directly but what if he doesn’t like you? Astrology to the rescue! In this article, you will find signs that indicate whether a Scorpio male likes you or not — and in the event that he does like you, does he like you as a friend or is there something more.

Scorpio is the eighth sign of the zodiac and it is a water sign. Scorpios are known to be quite intense and are excellent with probing into anyone’s life without making it obvious. They are secretive and yet at the same time are excellent at uncovering secrets. With that said, you don’t want to hide anything purposely from a Scorpio or else the results could be grave. This is a sign that is incredibly mysterious.

Behavior Guide: Signs Scorpio Men Show When They Like You

The guy who you have your eyes on is the intense type and you want to do everything you can to please him because you know if you were to go on his bad side, it would not be pretty – and you would not have any hope as far as ever pursuing him in the future. He is intense because he is a Scorpio, and you want to know whether or not the Scorpio man likes you as a friend only or something more than that. Before delving into that, let’s talk a little bit about the sign.

If a Scorpio likes you even as a friend, he will be your fierce protector because that is the nature of the sign. And at the same time, if a Scorpio hates you, then you can bet he will be your worst nightmare. That means it is always best to be on the best terms with a Scorpio. Because even if he has neutral feelings towards you, if you are being attacked in any way, he will protect you as well. With that said, let’s go over the 7 signs that a Scorpio likes you whether it is more than a friend or just as that, a friend.

1. He Won’t Give Up Pursuing You

…you can bet he will do anything in his power to pursue you which even means showing up by your window in the middle of the night. If you live in a 2-story home, he will have found a way to get up onto the roof or the balcony from above to do that. This will be creepy but he is not being psychotic. He really likes you and he will go towards extreme measures to pursue you. If he only likes you as a friend, then this is not applicable!

2. He Wants To Connect With You On A Deep Level

…which means he will be asking you deep questions which will make you uncomfortable to answer. However, just know this is his way of showing you that he likes you. If he only likes you as a friend, he would not ask you intense questions unless he had a reason to be interested in something about a story you had told about yourself.

3. The Flirting Will Be Extreme

Scorpios are all about getting physical and he will flirt with you on an intense level and be incredibly flirty with you.

Don’t be surprised if he wants to make out with you right away. However, if you tell him ‘no’ he will listen and will back off. He is secretive and has boundaries himself, so he understands that you do as well. But the type of romance that you would see from guys of the other signs you will not see with a Scorpio. The Scorpio considers that as fluff and that is not what they want. They cut right through the fluff. This would not at all apply if he liked you only as a friend.

4. He Will Analyze You On A Deep Level

The Virgo man would analyze you because that is their nature, however, the Scorpio man would analyze you on a deep level. A much deeper level than his Virgo counterpart would. In fact, the Scorpio would psychoanalyze you which will again, make you uncomfortable. However, the fact that he really likes you shows you that if he wants to be a part of you, then he has to know exactly what you are about and who you are. If he only liked you as a friend, then he would not do this at all.

5. He Will Take You Out To A Horror Movie Or A Suspense-Thriller

Scorpios are deep so it is not a surprise that he would want to take you to a horror movie or to a suspense-thriller type of movie.

That is most definitely his style even if it is not your style, and he wants to enjoy it with the one who he likes the most, and that is you. If he likes you as a friend, he may only want to do this only to catch up if he hasn’t seen you in a while. But this wouldn’t be ongoing. Forget about movies or going out at all if a Scorpio man dislikes you, for this is not a sign that is overly diplomatic.

6. He Will Be Open With You

Scorpios are naturally secretive but if he really likes you, a Scorpio man will allow his secrets to come out because he does not want to deceive the one who he likes.

He will also expect you to do the same. If he only likes you as a friend, this will not apply at all. Scorpios are only open with those who they have intense feelings for in a loving way.

7. He Will Compete For You

You can bet that the Scorpio man who likes you will not allow any other guy to have a piece of you. He will do anything possible to compete for you and he may be vicious with anyone who tries to steal your attention away. If he only likes you as a friend, this would not be at all applicable.

You will know immediately whether or not he likes you as a friend – or if he likes you more than that. If the latter applies, then you know your answer right then and there.