Metropolitan Girls
Home Astrology 7 Signs An Aquarius Man Likes You: Things He Does When He...

The Aquarius guy you have a crush on is the offbeat type and marches to his own drummer. He definitely has a quirky personality and is quite likable. But you like him a lot more than a friend and you are hoping that he feels the same way about you. Does he like you?

The guy who you like is an Aquarius man, and you may know enough about the sign that it is the nonconformist of the zodiac, but there are other things that you will need to know about the Aquarian nature before you find out whether or not the guy who has Aquarius sign likes you more than a friend or just a friend. 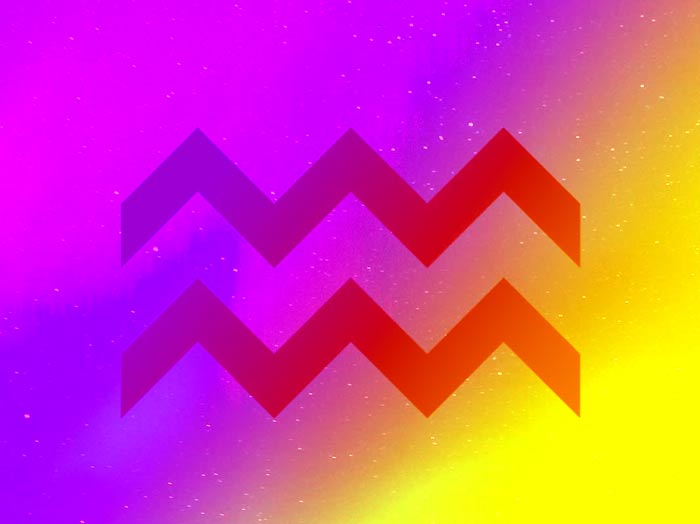 Aquarius is the eleventh sign of the zodiac and it is an air sign. You already know that it is a unique sign that stands out and marches to its own tune. Aquarius is also associated with innovation, intellect, and humanitarianism. Now, if the Aquarian guy that you are hoping to develop a relationship with feels the same way about you – or just likes you as a friend, let’s take a look at those 7 signs whether either happens to be the case or not.

1. He Will Be Fascinated By You

Aquarians love to learn about anything and everything, and they exhibit this love for learning by being incredibly fascinated by things that pique their curiosity.

If he is showing extreme fascination whenever you are in his presence, then that is a sure sign that he likes you more than a friend. He will focus on how nice your hair smells or your hairstyle. This may seem somewhat creepy, but the Aquarius man isn’t being creepy. He is just being a typical Aquarius that is expressing his fascination towards you. If the man likes you only as a friend, he would not at all be fascinated by anything about you at all. You are not his focus and that is why just like how any of his friends are not.

2. He Will Want To Have Intellectual Conversations With You

Aquarians are attracted to brainpower, and they want to have intellectual conversations which may be about science, planets, new discoveries, cultures, or anything interesting.

He will also want to have intellectual conversations with his friends because he will not want to associate himself with anyone that does not have brains. However, if he keeps wanting to have these discussions with you, then that is a sure sign that he is quite interested in you.

3. He Will Think Of You As His Best Friend

Aquarians treasure their friendships, but they never consider any of their friends as their best friends unless they had a piece of his heart.

And if he has ever said that you are his best friend, then that means he not only means it but you are a part of his heart. And that translates to you being a part of his life. If he never says that to you or implies that to you, then you are just a friend to him and nothing more.

4. He Will Have The Desire To Explore Strange Things With You

Aquarians love things that are offbeat and this is something that you already know.

If he wants to take you out for a date at the local science center because there is a new strange exhibit that is making him curious, then he really likes you. He may only want to go with you as long as his other friends are coming along if he only likes you as a friend. Since Aquarians keep people at some sort of distance, which includes his friends, he will not want to go anywhere privately with you unless others joined. If the man really likes you more than a friend, this will be a date he will be looking forward to taking you on.

5. He Will Be Affectionate In Private

…and they are not at all the type to show affection unless they like you more than a friend – and it would be in private. If the Aquarian man never holds your hand in public, then just know that is the nature of his sign. However, in private, he will be extremely affectionate and make out with you as you would never believe he could be capable of doing because of his nature.

6. He Will Want To Take You To The Movies

Even though science and anything intelligent is what the Aquarian is attracted to, those with that sun sign also have an appreciation for the arts.

With that said, if he wants to take you to the movies, then he really likes you. He will only go to the movies with his other friends and invite you to tag along if he just liked you as a friend. However, if he asks you out on a movie date, then you know it is serious. Related: A Guide To A Successful Movie Date.

7. He Will Listen To You

Those with the Aquarius sun sign may seem to be self-absorbed unless when it comes to their humanitarian beliefs as they are active in charities.

However, if the Aquarian guy likes you, he will really listen to everything you say, which means he will be there to support you during a hard time to the best of his ability. He will listen to his friends as well because he likes them but he won’t be asking too many deep questions about any issue they are experiencing. If he really likes you more than a friend, he will fish out what he feels he must in order to support you as best as he can.

Now you know what signs to look for in an Aquarius man if he likes you more than a friend or only as a friend.

Now you know of the 7 signs that indicate whether the Aquarian man likes you just as a friend or likes you more than that. It’s better to know where you stand, which means if he is not into you, you can open your heart to someone who does like you more than a friend!