Metropolitan Girls
Home Astrology 7 Signs A Libra Man Likes You: Things He Does When He... 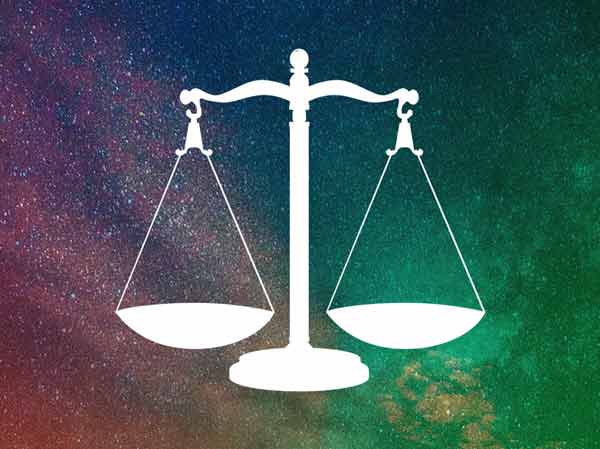 Libra men are social and have a strong appreciation for beauty and peace. If you are having a crush for a Libra man and you want to know if he likes you, these are some of the signs to look out for. However, before going into that, let’s talk a little bit about the Libra sign in general.

Libra is the seventh sign of the zodiac and it is an air sign. The main characteristics of Libra are a love for socialization and relationships, a strong love for beauty, and a strong desire for balance and peace. After all, Libra is represented by the scales which provide the balance that they are looking for. Generally, the Libra is that they don’t like conflicts and tend to avoid them at all costs. With that said, unlike its mirror sign — the Aries, the Libra man won’t say it as it is. He will skirt around uncomfortable topics that could potentially bring conflict.

With that said, beware that the Libra man will not always be honest. Not due to being purposely deceptive. However, the idea of conflict will scare him and he will try to hide from that at all costs. This is also why it is important that you know the signs that he likes you as a friend, or likes you more than a friend. This way, if you tell him that you like him more than a friend but he doesn’t feel the same about you, he will feel backed into a corner and due to the fear of an impending conflict, he may end up leading you on or he may end up ghosting you. And, you do not want either to happen. Let’s look at the 7 signs that the Libra man likes you more than a friend, or just as a friend.

1. He Will Surprise You With Gifts

When a Libra man is into you, he will surprise you with surprise gifts such as flowers, chocolates, and even a stuffed animal or two.

He wants to see your face light up when you receive them and this will be ongoing. This means eventually it will not be a surprise because you will be expecting it. However, if he only likes you as a friend, he will do this on special occasions such as your birthday or Christmas only.

2. He Will Want To Take You On A Romantic Vacation

3. He Will Make It Known

4. He Will Invite You To His Guys Night Out

Libras are social individuals which means he will love his guys nights out, and if he truly likes you, he will even invite you along.

That is because he wants to spend time with his guy friends, as well as his other half at the same time. If he likes you only as a friend, he will not do this; He will only want to hang out with you with your friends and his combined on a planned get-together.

5. He Will Tell You How Beautiful You Are Often

Libras love and value beauty, and that doesn’t only mean on a superficial level.

If the Libra man likes you more than a friend, he will make it known by telling you how beautiful you are on the inside and out. if he likes you as a friend only, he will not compliment you by telling you that you look beautiful unless you are wearing something that makes you look good. And he may not even say you are ‘beautiful’, as he may say ‘you look great in that’ instead.

6. He Will Text And Call Often

Libra is an air sign like Gemini and Aquarius and air signs love to communicate even though Mercury does not rule Libra.

However, because of the communicative nature of this sign, he will communicate with you through texting or calling at any moment he can get. If he only likes you as a friend, he will text or call after not being in touch for a while just to ask you how things have been.

7. He Will Cook You Dinner

Many of the guys with different signs will cook dinners such as the Cancer and the Virgo, but the Virgo will only cook healthy dinners and make healthy desserts.

But the Libra man will not worry too much about nutrition and will be more concerned about taste. Expect the Libra man to make you delicious meals as well as desserts. He will go the extra mile to make it extra special by decorating the table with candles and to dim the lights during dinner time. Remember as well that the Libra man is romantic so this point ties into that. If he only liked you as a friend, he will cook you a delicious dinner with his other friends and there will be no romance involved at all!

Now that you what signs to look for in a Libra man who likes you… what do you think?

Now you know what signs to look for when it comes to the Libra guy liking you – and it is pretty clear cut based on whether he likes you as a friend only, or truly wants to be with you!