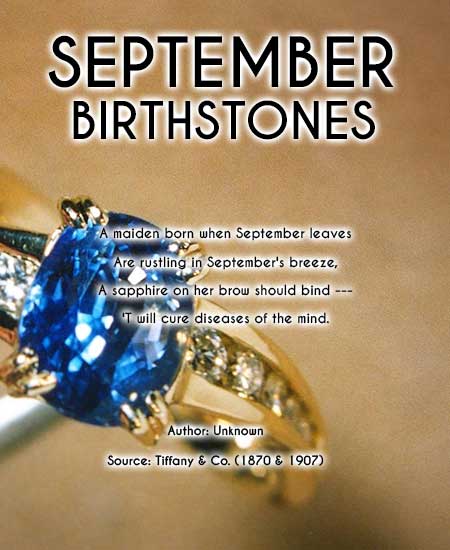 These three gemstones represent the month of September. Find out what makes them September’s birthstones and what are their meanings and symbolism. 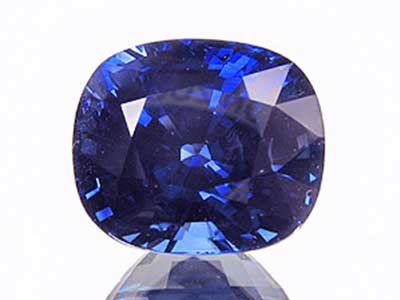 Sapphire is a modern September birthstone. Among the three gemstones on our list, sapphire is without a doubt the most expensive and most popular birthstone for September.

Sapphire belongs to the same gem family as ruby, which is the corundum. The precious stone is known for its deep, lustrous blue. Besides blue, sapphire is also found in a wide variety of colors: purple, yellow, black, and orange—just to name a few. However, there’s no such thing as a red sapphire; red sapphire has a designation of its own: ruby.

In a different part of the world, the ancient Persians believed that our world exists on a giant sapphire. One of the pieces of evidence that supported that belief was the sky’s blue hue is a reflection of the blue gemstone. While that may not be true, it is true that earth looks like a gorgeous blue gemstone from outer space. In the Middle Ages, Christian clerics reportedly wear sapphire for its spiritual connection to heaven.

Sapphire is a symbol of knowledge, wisdom, intelligence, and fidelity. Some call it the stone of wisdom. Sapphire’s innate connection to knowledge and wisdom means that the blue gem’s power extends to a variety of different areas, such as education, research, self-improvement, decision making, and critical thinking.

As a symbol of eternal fidelity, sapphire is an excellent choice for a solitaire engagement ring or as a secondary gemstone on a diamond engagement ring. 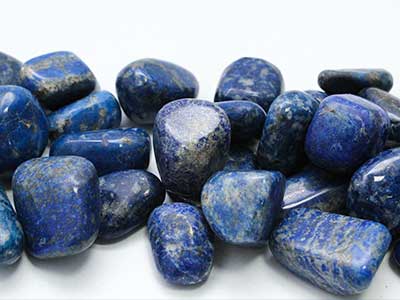 Lapis Lazuli is an alternative September birthstone. Known for its breathtaking royal blue color, lapis lazuli has been a much sought-after material used in adornments, decorations, and housewares.

At a glance, lapis lazuli and sapphire may not have much in common besides being blue gemstones. But did you know that the term sapphire used to mean lapis lazuli? That’s right. Before taking the name lapis lazuli some time during the Middle Ages, the ultramarine-blue stone used to be called sapphire. One could think that the two gemstones share the same ancestry.

The September stone lapis lazuli is often cloudy if not fully opaque. Most lapis lazuli stones have flecks of white or gold in them. The white flecks are a result of calcite inclusion. While the gold flecks are a result of containing pyrite—also known as Fool’s Gold. In general, the purer the blue the more valuable the stone is. The inclusion of calcite diminishes the value. Pyrite inclusion is an exception, lapis lazulis with gold flecks and no white flecks usually fetch the highest prices.

This resemblance to the darkened heavens has made the stones a symbol of the night sky for millennia. The earliest evidence of lapis lazuli being mined was found in Afghanistan and dates back to 700 BC and people have been seeking out the stones ever since. Ancient Egyptians wore lapis lazuli because they felt it would grant them wisdom and insight into the universe. Ancient Sumerians took it a step further and believed that their gods actually resided in the deep blue stones.

Lapis lazuli is believed to be a powerful stone. Its blue hue links them to the brow chakra which controls not only physical sight but the third eye and spiritual sight as well. Sometimes called the “wisdom stone,” lapis lazuli are worn when the owner is looking to better understand their deepest self. Not to be taken lightly, these stones will help you to understand your whole truth, both positive and negative.

For sharing the same ancestry as sapphire—in many ways, lapis lazuli is the ancestor to the modern-day sapphire–lapis lazuli shares the symbolism as sapphire. Lapis lazuli symbolizes royalty, wisdom, knowledge, and stability.

Nowadays sapphire is probably the more popular and more expensive blue gemstone, but don’t let that from stopping you to add the gorgeous lapis lazuli to your collection. 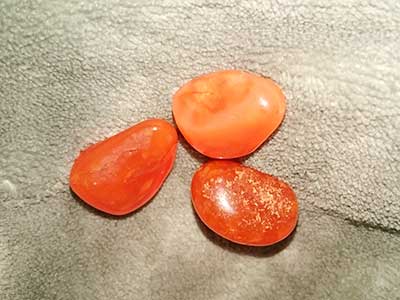 In many ways, carnelian is the opposite of the other September gemstones. Where sapphire and lapis lazuli are blue, carnelian comes in a rich, warm red-orange color. Where sapphire is extremely hard, carnelian is a softer stone and has a long history of being carved into cameos and signets. Not only were carnelians carved into cameos, many people in the Arab and Muslim world believed that carving symbols and runes into these stones would turn them into a powerful talisman. Gem cutters would often carve small prayers for luck or to ward off evil into the stones. This practice was so prevalent and that when Napoleon was in Egypt during the 1700s he acquired one such stone which he held in high regard.

Today, the gemstone of September carnelians are sought out for their connection to the physical body and health. Their orange color is associated not only with power but with the sacral chakra. Placing these stones over your sacral chakra during meditation increases confidence, vitality, and fertility. Another popular use for carnelians is to put them near the front door of your home to invite in abundance and good fortunes.