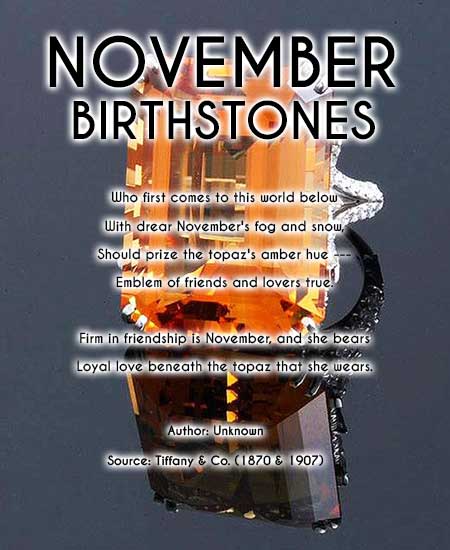 November is the eleventh month of the Gregorian calendar. In the Southern Hemisphere, November sits on the tail of spring. In the Northern Hemisphere, November is a month of late fall. Every year on the third Thursday of November, families in America get together to celebrate Thanksgiving. Trailing Thanksgiving are two of the biggest sales events of the year: Black Friday and Cyber Monday. November is host to two zodiac signs: Scorpio and Sagittarius. The birth flowers of November are chrysanthemum and peony.

The idea of using gemstones to represent one’s birthday has an ancient root. Some scholars believe that the concept of birthstones originates from the breastplate of Aaron in the Bible. There are dedicated gemstones for your birth month, year, day, zodiac sign, and even day of the week. In this article, we’re focusing on gemstones that represent a birth month—specifically, November.

The month of November has been represented by different gemstones in the past and in different cultures. For this article, we’ve shortlisted three November birthstones to share with our readers: topaz, citrine, and pearl. 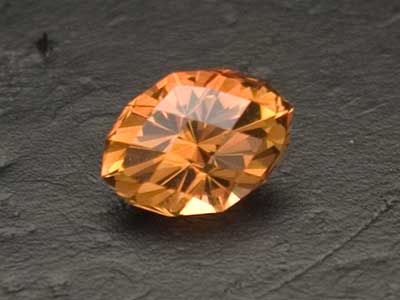 Topaz is both a traditional and a modern November birthstone. Topaz comes in a wide range of colors, including but not limited to pink, turquoise, and amber. However, topaz is best known as a yellow gemstone. All topazes are attractive and believed to be beneficial to the wearer, but generally speaking, amber topaz is the most popular color as November birth gem. Depending on their shades of color, they’re also called orange topazes or golden topazes.

According to Pliny the Elder, author of Naturalis Historia, the name topaz came from an ancient Egyptian island of Topazos (sometimes spelled Topazus or Topazios) in the Red Sea where the mineral was mined. Some scholars believe the word topaz may share a connection with Sanksrit word tapaz, which means “fire.” Fire is an apt description of how light dances off these yellow stones.

Before advances were made in Gemology, the term topaz was used loosely to describe almost any yellow gemstones. For example, yellowish chrysolite (peridot) had been called topaz in the past.

In ancient Greece, warriors believed that wearing topaz into battle would make them stronger and, in some cases, invisible. This idea that topaz affected sight was not only restricted to Greece. St. Hildegard believed that soaking a topaz in wine and setting it out under the moon for three nights and then rubbing it over the eyes would help with poor vision.

Topaz is often associated with the sun and gold. In jewelry-making, topaz is traditionally set in gold. In past centuries it was thought that the golden color of topaz would attract more gold to the owner’s life. This golden color and fiery energy mean topaz should be worn someone is trying to attract good fortunes or raise their self-esteem.

Topaz is a symbol of fruitfulness, faithfulness, calm, warmth, wealth, and good fortune. 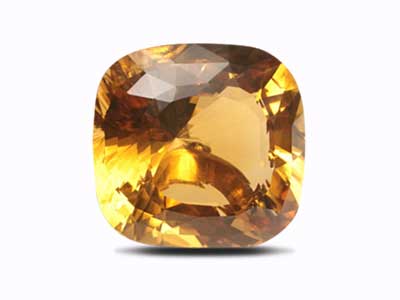 Citrine is a modern birthstone. It is a colored variety of quartz that is found in shades of yellow: from light yellow to amber.

Historically citrine was prized for its warm color that many thought would attract wealth and good fortune. Citrine is a good gemstone to wear when someone wants to forge new business or solidify financial relationships. Not only does it attract money, but its energy also helps promote good moods and positive energy.

Citrine is used to represent the Manipura chakra when meditating to strengthen personal power and confidence. This radiant energy also makes citrine one of only two stones, along with selenite, that does not require purifying or recharging between uses. In short, citrine is a symbol of wealth, good fortune, positive energy, and self-confidence.

Citrine is one of the most sought-after semi-precious gemstones. Despite great demand, citrine is still relatively affordable. Unfortunately, citrines are often fakes, so make sure you buy from a reputable jewelry dealer. By fakes, we don’t mean plastics or glass or anything like that. Fake citrines are still crystals. They are often produced by heat-treating amethyst or less expensive quartz. 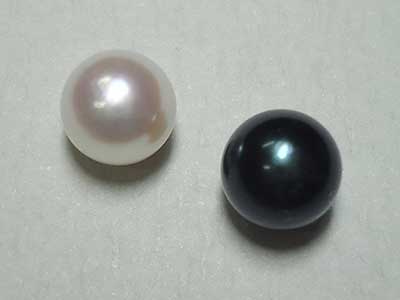 Pearl is a traditional November gemstone. Pearl was one of November’s original birthstones. Pearls were disfavored along with other opaque stones in 1912 when jewelers created a “modern” list that catered more to tastes at the time than the traditional list. Despite this, many people still prefer the classic and beautiful pearl. Outside of its role as November birthstone, the pearl is one of the most popular gems in the world.

The history of this November gem can be traced back centuries. The earliest record of pearls comes from China in 2206 BC, and they have been coveted ever since. Many eastern traditions viewed pearls as tokens of wisdom. Ancient Japanese myths claimed that pearls were created from the tears of mermaids and water nymphs. While Chinese traditions held that pearls were formed in the heads of dragons and only those brave enough to slay the dragon could rightfully own a pearl. The Hindus taught that pearls came from rainbows, and lightning created their imperfections.

Many people believe that pearls came from grains of sand. But that is rarely true, more common stimuli are organic material, parasites, and even part of the mantle. In the case of a parasite stimulus, the parasite would get into a mollusks shell, and the mollusk slowly coats the irritant with several layers of the same material it uses to build its shell. This long and slow process will eventually result in a pearl; the entire process could take years. It is also interesting to note that as they are made of mollusks and not from stone.

Pearls are considered gemstones but they are more gems than stones, due to their organic nature.

In this article, we’ve discussed three unique gemstones that represent November: topaz, citrine, and pearl. These gemstones have distinct characteristics, meanings, symbolism, and history. They’re excellent gifts for yourself or someone who was born in November. While many of the effects and beliefs aren’t scientifically proven, it definitely feels amazing to own a beautiful gemstone that represents you. And a lot can be achieved when you’re feeling good about yourself.