Gemstones that represent October: find out what they are, what are their meanings, and what makes them October birthstones.

October is the tenth month of the Gregorian calendar. The reason why the tenth month of the year has the word “octo,” which means eight, in it is not a coincidence. Before January and February were added, October was originally the eighth month in the Roman calendar. Generally speaking, October is either spring or fall (autumn) depending on where you’re located. It’s fall in the Northern Hemisphere and it’s spring for the Southerners. Naturally, this doesn’t apply to tropical countries. October is host to two zodiac signs: Libra and Scorpio. The birth flowers of October are Marigold and Cosmos.

Birthstones refer to gemstones that represent a person’s period of birth. There are birthstones by month, year, day, and even zodiac sign. The concept of birthstones is believed to have originated from the Breastplate of Aaron in the Bible.

While the birthstone concept may have ancient roots, it is constantly reinventing itself. In other words, at a different time or in a different culture, you’re likely to find a different list of October birthstones than what you’ll find here. Having said that, the October-born is fortunate to have three spectacular gemstones as their birthstones: opal, tourmaline, and aquamarine. Let’s take a closer look at these gorgeous October gemstones. 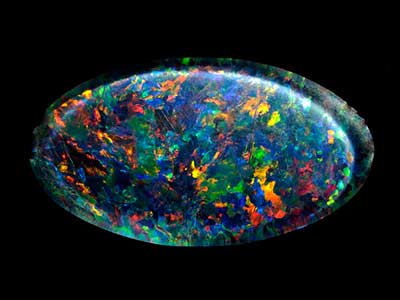 Above: Opal and its “play of color.” Credit: tshearer@Flickr

Opal is both a modern and traditional October birthstone. It is one of the few monthly birthstones that has stood the test of time and remained a designated October birthstone since the 15th century. The word opal came from Sanskrit word upala which means “jewel”.

The October gem’s signature “play of color” has fascinated mankind for thousands of years. The term play-of-color refers to the gemstone’s unique structure that reflects light in patches of rainbow colors.

Ancient Romans believed opals were a bringer of good fortune and prosperity, and the Greeks believed they would grant their owners the gift of prophecy. Arabic legend says that the stones fall to earth with strikes of lightning. Indian mythology claims that the rainbows inside the gem come from the transformed spirit of their rainbow goddess. It is that unique shifting of colors or “play of color” inside opals that make them so desirable. Many cultures believed opals held the powers of all gemstones since they held all of their colors.

Opals are notoriously hard for jewelers to work with as they are one of the softest stones and prone to breakage. Natural opals are up to 30% water, and if they dry out they can crack. They can also be damaged by steam and chemicals, so it is not advised to submerge them or wash them with soap. Man-made opals created in labs are more durable but are still fragile compared to harder stones.

Before moving on to the next gemstone, there’s an interesting myth about opal: some people believe that opal has such strong ties to October that it is unlucky for people not born in October to wear an opal. It’s not entirely clear where this superstition came from but don’t let it stop you from adding this marvelous gemstone to your collection. 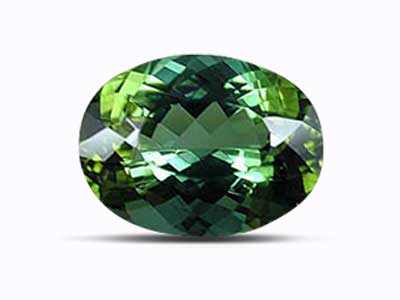 Tourmaline is a modern October birthstone. The name tourmaline has a Sinhalese root, it came from the word “tōramalli” which means “mixed gems.”

While tourmaline may not have the flamboyant “play of fire” demonstrated by opal, tourmaline can also be a gemstone of many colors. Tourmaline crystals are usually long and slender. And they can be colored differently from one portion to another. For example, a tourmaline crystal may be red at one end, gradually changes to colorless then becomes green as it approaches the other end. Of course, whether a gemstone will come out multi-colored or single-colored depends on the nature of the crystal and the cut.

Although tourmaline most likely has a much older history, tourmaline is a relatively modern gem in the world of gemology. Because of its wide range of colors, tourmaline was mistaken for gems such as emeralds and rubies for centuries. It wasn’t until the 1800s that it was recognized as a distinct type of stone–tourmaline. Since that first discovery in Brazil, deposits have been found from California to Afghanistan. However, thanks to the clever marketing of Tiffany’s in the 1800s, it is seen as an “American Gem.”

Some people believe that pink tourmaline shares the strongest affinity with October-born and that it is the best October stone. Pink tourmaline is a stone of healing and empathy. These stones are useful when the wearer needs help quieting their mind and grounding themselves. They are popular with healers, such as counselors and therapists, because they help tap into a patient’s emotional state.

Others believe that the entire spectrum of tourmaline is fit to represent October. Tourmaline in different colors vary in symbolism and carry different meanings. But in general, tourmaline is believed to be a stone of reconciliation. It keeps the owner calm and their thinking clear. It attracts positive energies that are said to improve relationships and other aspects of life. 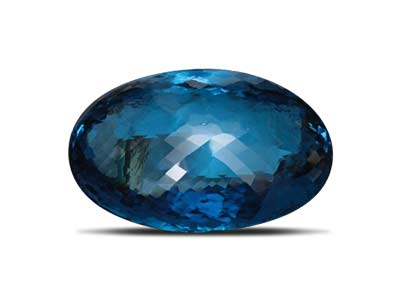 Aquamarine is a traditional October birthstone. Even if someone had never seen an aquamarine, the name alone would give them a pretty clear picture of the stone. Coming from two Latin words, “aqua” meaning “water” and “marina” meaning “the sea” the word aquamarine is an accurate description of this clear blue stone.

Like the element of water, aquamarine is thought of as a calming stone that promotes relaxation and self-reflection. This power of reflection makes it popular with shamans and mystics looking to get to the root of a particular issue. Large aquamarines have been known to be cut and polished into crystal balls for fortune-telling. Smaller stones are often used in pendulums and other forms of divining. With its lovely teal color, aquamarine is associated with the throat chakra and is helpful for people who are having trouble articulating their thoughts or who often speak in groups.

Historically, the October gemstone aquamarine was thought of as “the sailors stone” and was often worn by men going on sea journeys to help keep seasickness at bay. It was also thought to protect sirens and other sea monsters. Pliny the Elder wrote about aquamarine in Natural History and tells that the stone is a cure for ailments of the eyes. Centuries ago, the greener-hued stones were more popular, but over time that has shifted, and today the bluer the aquamarine, the higher its value.

In this article we discussed three gemstones that represent October: opal, tourmaline, and aquamarine.