People born in the month of January belong to one of these two zodiac signs: Capricorn or Aquarius. In this article, we’ll take a closer look at these two January signs as well as the transition period between Capricorn and Aquarius known as the Cusp of Mystery. 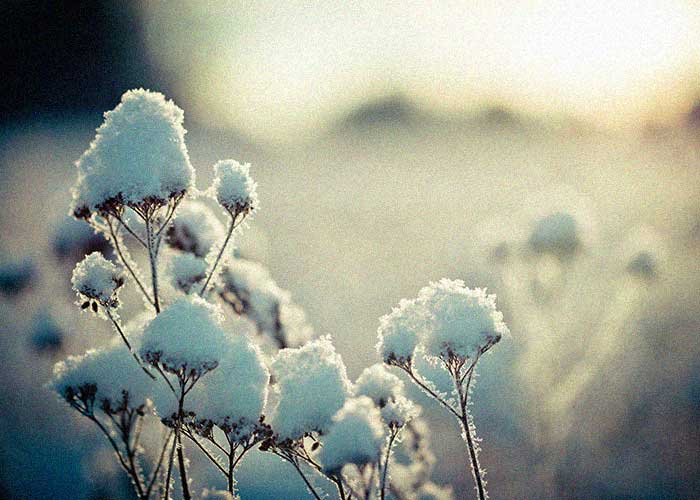 January is the first month of the year in both Julian & Gregorian Calendars. For being the first month of a new year, January is associated with new beginnings and a fresh start. People born in this month are intelligent and possess a wide range of abilities. It was in this month, celebrities such as Ellen DeGeneres, Oprah Winfrey, Kate Middleton, Jim Carrey, Jeff Bezos, and others were born.

In terms of astrology, January babies are born under these star signs:-

In the sections that follow, we’ll take a look at the characteristics, strengths, and weaknesses of these star signs. Keep reading. 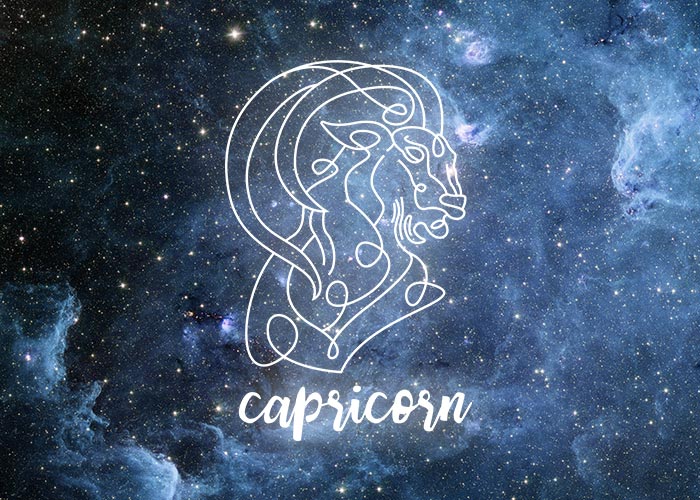 Sandwiched between Sagittarius and Aquarius, Capricorn is the tenth sign of the zodiac. Its symbol is the Sea-goat. The Sea-goat represents unwavering determination and the ability to persevere in the face of adversity.

Capricorn is the cardinal earth sign. It is ruled by planet Saturn which governs over tradition, stability, karma, discipline, and ambition.

Capricornians have the uncanny ability to achieve great things in life. They always strive for the highest goal and are successful in achieving it against all odds. Isaac Newton, Rowan Atkinson, Muhammad Ali, and Dolly Parton are just a handful of famous Capricorn figures.

As mentioned earlier, Capricorn is ruled by Saturn. So people born under this sign are more likely to be rational, realistic, and skeptical of fantasy. Capricorns are practical people who strategically plan their daily routine and other activities. Due to Saturn’s influence, they also have a fair amount of experience with the pessimistic side of life. This may cause problems from time to time.

Consistent, persistent, introverted, and patient, are some of the attributes of the earth sign. Capricorn is a feminine zodiac sign in astrology, and its characteristics include being highly receptive, influential, passive, and kind. Individuals with a feminine nature are also more likely to evaluate themselves without bias before making major life decisions. Note that this doesn’t discount male Capricorns’s masculinity, instead it adds an extra dimension to their abilities.

True to being an earth sign, Capricorns are determined and hardworking people. They have a great sense of humor. Most of them are blessed with creativity and great imagination. Capricorn folks who spent time developing their artistic talents will often pay off. Patience, wisdom, and maturity are the most prominent characteristics of those born under this sign. They prefer to be self-sufficient and independent. Capricorn folks are also known for being passionate lovers, provided that they fall in love with someone who matches their wavelength.

Saturn’s blessings can be a double-edged sword for Capricorn in certain circumstances.

Capricorn folks might become pessimistic and isolate themselves from the outside world. This is a result of their clairvoyant ability to see things through without any sugar coating.

At times, it can be difficult for Capricorn to process criticism and discouragement. 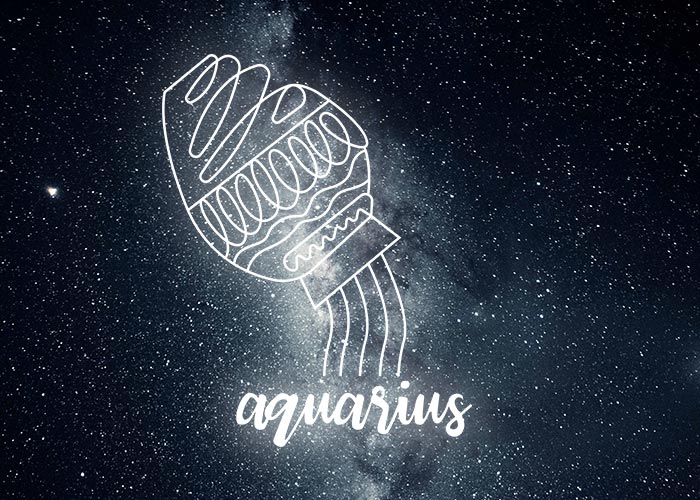 Aquarius is the second star sign in January. If you’re born towards the end of January, you might be an Aquarius. More specifically, Aquarians are born between January 20 and February 18. Since Aquarius occupies about 1/3 of January (Jan 20 – Jan 31), Aquarius is considered the Minor January Sign.

In the wheel of zodiac, Aquarius is the twelfth sign. It is preceded by Capricorn, another January sign, and succeeded by Pisces. Aquarius is represented by the Water Bearer. This link can be traced back to Babylonian civilization. The Water Bearer symbolism is believed to be associated with “Ea,” who is often depicted as holding an overflowing vase. Ea was revered as the god of water and intelligence—among others.

Fun fact: Ea has had different names in different cultures and had been depicted in various ways. Among the things that he was depicted as was a Sea Goat —which is the symbol for Capricorn.

For being the sign of the Water Bearer, it’s surprising that Aquarius is not a water sign. Instead, it is a fixed air sign. This perhaps foreshadows Aquarius’s rebellious personality in some way. Aquarius folks are always full of surprises.

Aquarius folks have a big heart and are always willing to lend a helping hand. Their ambition is to improve the world for everyone. They are gregarious, upbeat, and true visionaries. Some famous Aquarius figures are Harry Styles, Shakira, Ellen DeGeneres, Portia De Rossi, and Cristiano Ronaldo.

Uranus is Aquarius’s ruling planet. In part due to the influence of Uranus, Aquarius individuals are unique, bold, and regal. Aquarius wields the power of authority naturally no matter which fields they are into. Their intellect and ability to mingle with everyone make them very appealing and attractive in the peer group. Yes, they’re most likely extroverts.

They love to analyze problems and to arrive at unique but practical solutions. Aquarians are generally very observant and good judges of people. They tend to maintain excellent character and are not afraid to take risks when it comes to professional life. The Aquarius people often love to stand out from the crowd.

Since Aquarius has an air element, the individuals will excel in balancing both personal and professional lives. Aquarians are loyal friends, protective siblings, and great lovers. They spread joy and radiance wherever they go. People love to be around Aquarians because of their charisma and joyful nature. Science is the favorite subject of many Aquarius people as they love to explore.

Aquarius is highly intelligent but that can sometimes backfire. Their over-analytical nature can sometimes make them look unempathetic and cold. That façade is sometimes true, as they do find it a bit difficult to understand deep human emotions. For the analytical Aquarius, emotions confuse them sometimes.

Another glaring weakness of this January sign is that they tend to be fixated on the mistake of others and find it hard to move past them. Worse, sometimes they’re fixated on their own mistakes and beat themselves over them.

The Capricorn-Aquarius Cusp refers to the transitional period between Capricorn and Aquarius. This period is generally accepted as between January 17 and 23. The cusp is also referred to as the Cusp of Mystery. Since it’s the only cusp in January, it is sometimes called the January Cusp.

People born during this time still have distinct star sign: Capricorn OR Aquarius. However, these cuspers are unique in that they have the qualities and characteristics of both January signs.

Their birth chart is ruled by both Saturn and Uranus, making these cuspers well-organized, romantic, and outgoing. The majority of people who are born on the cusp are imaginative, intelligent, and hardworking.

People born on the cusp of Capricorn and Aquarius are creative and innovative. For them, life will always be exciting and appealing. Similar concepts apply to the strengths and weaknesses of these rare fellows. The cuspers typically have a combination of traits from both signs in varying degrees, which makes people born on the cusp unique. The conjunction of Saturn and Uranus makes people more practical while also being radical.

Individuals born on the cusp value their freedom above all else. As a result, they may find it difficult to stick to commitments. They seem to do well on their own but struggle when performing as part of a group. These people may require some time to settle in and become acquainted with the group.

Both the elements of air and earth have an impact on the Capricorn-Aquarius cuspers. The multi-elemental influence results in individuals who are stable and determined but have a natural desire for variety in their lives. The January cuspers can find passion and determination to carry out their ultimate life goals if their inner voices are heard.

One of the signature traits of Capricorn-Aquarius cuspers is their mastery of the flow of creative energy and the power of imagination. There will never be a dull moment in their lives. They have the potential to become experts at transforming sadness into motivation. Another thing to take note of is that people who are born on the cusp expect constant validation from those close to them.

People born on the January cusp are always aware of current events and will be the first to initiate a group discussion. The cuspers have a natural leadership talent. Courage and honor are highly valued by these mysterious folks.

To the observers, the cuspers can sometimes feel detached from reality due to their unrivaled ability to imagine and create. A lot of that action happens within their mind which can’t be observed by the bystanders.

Because of their active mind, they may appear to be uninterested sometimes. Similarly, although these cuspers are fascinating to converse with, their high intelligence can make them intimidating at times. In some cases, they may even come across as condescending in the way they present the facts.

Capricorn and Aquarius are two of January’s zodiac signs. Their distinct characteristics set them apart from the crowd. The Capricorn-Aquarius cusp is not a separate sign, as it refers to the transition period between the signs. However, because it has so much in common with the two signs, it becomes a unique phenomenon on its own which makes it worth studying.