Metropolitan Girls
Home Astrology A Guide to March Zodiac Signs: Pisces, Aries, and The Cusp of... 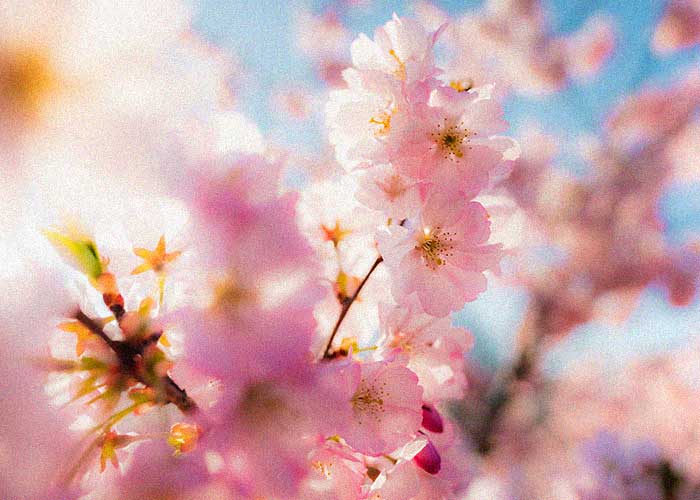 The Zodiac Signs of March

Two star signs and their cusp are found in the month of March. They are:-

In the sections below, we’ll inspect these signs and the cusp one by one. And we’ll look at some facts about these March signs. 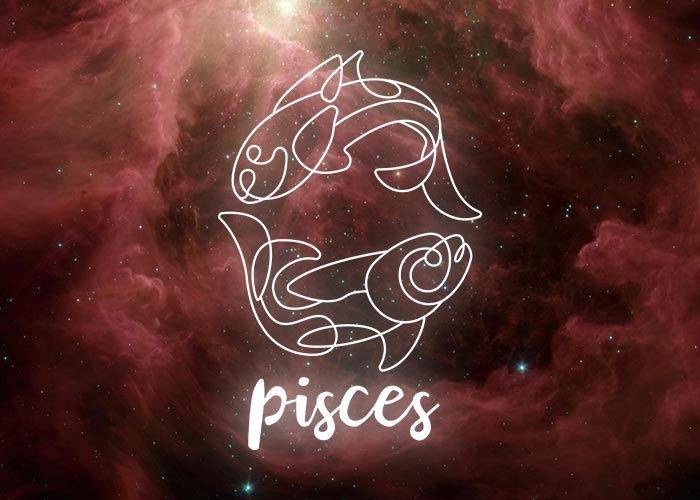 Pisces is the first star sign in March but the last sign in the zodiac. For it reigns over close to 2/3 of March (March 1 – March 20, so 20 days), it is considered the Major March Sign.

The symbol of Pisces is The Fish. True to its symbol, Pisces is a water sign. Its ruling planet is Neptune which governs intuition and healing. In mythology, Neptune is the Roman god of the sea.

As a water sign, Pisces is known for their kindness, they are very charitable by nature. They are givers, always wanting the best for the people around them. Once they develop an emotional connection to someone, they stay loyal to the person.

However, due to their reserved and guarded nature, their loyalty is hard to come by. And they mostly prefer solitude anyway. As such, they usually don’t rank very high in zodiac loyalty rankings despite how loyal they can be.

Almost everyone loves to stay in their comfort zone, but some zodiac signs dwell in it more than others. Some examples are Taurus, Cancer, and Pisces.

Even when they have to leave their comfort zone, Pisces’s pessimism ensures that they are back in their comfort zone as soon as they encounter their first challenge. With that said, many Pisces folks manage to overcome this tendency by learning how to manage their emotions.

When Pisces does not care about a project or a person, it is not hard to tell. They’d unveil their lazy sides. They stick to the status quo without coming up with innovations or even putting in extra effort to see things work.

Their lips are sealed

Pisces are naturally good at keeping secrets. Why? Because they hardly open up to anybody. They also prefer being in solitude and being away from the limelight. So, if you committed a crime and need to share it with someone before you go crazy, your Pisces friend should be at the top of your to-tell list.

Pisces can be a difficult sign to understand for some people. For instance, they look social but they are not. They know a lot of people but hardly anyone to call friends. As you can tell, they’re introverted in nature but they’re also very kind to people.

They will treat you with kindness and be a good listener when they’re with you. But when they retreat into their metaphorical shell to recharge—as most good introverts do—they prefer to be left alone.

Someone who’s not empathetic may jump to the conclusion that Pisces is two-faced. But they are not. Every bit of their kindness is real and sincere. But when they are recharging, they may not have the mental capacity for somebody else.

Typically, Pisces would rather run or deny a problem than face it head-on and challenge it. Of course, there are other factors that may affect the Pisces’s personality like their moon sign and rising sign.

Anyway, they are not known for being decisive. I’m sorry Pisces folks, but it is said that Pisceans are fence-sitters. They would rather agree with both sides than stir up argument. They withdraw from sources of criticisms and hardly stand up in defense of themselves.

Does this mean that Pisces is weak? No. But they just find that spending time with themselves peacefully is more worthy of their time.

Pisces tends to be frugal. Some may even call them stingy. Are you familiar with Taurus? Pisces is like a Sea Taurus (Taurus but with a water element). They would go any length to hoard and save every penny. This characteristic is born out of their need for financial security.

Pisces are not materialistic but they enjoy the comfort and confidence that comes from knowing that they cannot be stranded financially. This need for security is what drives a Piscean to guard their hard-earned money. 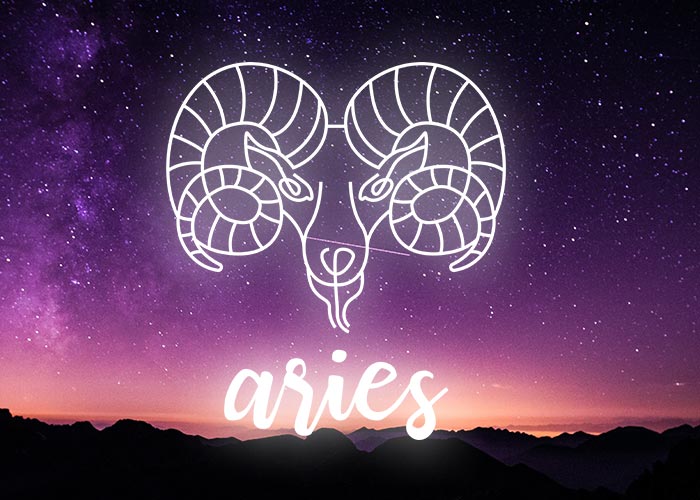 The second zodiac sign of March is Aries. For it occupies a shorter part of March compared to Pisces, Aries is considered the Minor March Sign.

March may not be the first month of the year anymore but Aries is still the first star sign of the zodiac. If you’re born between March 21 and April 19, you’re an Aries (also called an Arian).

Aries is represented by The Ram and its ruling planet is Mars, the Roman god of war.

Aries is known for their passionate, energetic, and aggressive nature. But do you know that they’re also stubborn and they hate being told what to do?

As the cardinal fire sign, these fiery rams are famous for starting something new and working at it with unrivaled intensity. Once they’ve locked on to something, your words are not going to change them.

However, because their fire burns so intensely, the Aries’s cardinal flame usually doesn’t last forever. Just wait until the flame is dimmed and they’ll listen to you.

The #1 zodiac sign Aries have a natural tendency to lead. They are confident, brave, and self-assertive. They are zealous and energetic. They have little or no tolerance for mediocrity.

Aries natives do good with taking the bulk of responsibilities and being responsible for their groups. They are very courageous and would not think twice before taking the shots and supporting their people even in challenging circumstances. Hence, they are usually held in high esteem by their followers.

The typical Aries isn’t great with money. Yes, they’re perfectly capable of finding ways to make money. Once in a while, they might even find themselves the opportunity to make big money.

But they aren’t really big on the idea of saving money or planning for the future. This is partly due to their insatiable need to spend and buy. They are the most unlikely sign to follow through with their budget. They are impulsive and never seem to find the ability to control their spending thirst.

People who are born on a cusp (known as cuspers) sometimes inherit attributes from both star signs. For example, a Pisces-Aries cusper may exhibit characteristics of both Pisces and Aries.

Aries is a star sign with leadership quality. This is not the say that they make the best leaders, but they certainly have traits that belong to good leaders. Some of Aries’s weaknesses as a leader, such as being a bad listener and having anger issues, are not found in the cuspers.

And the reason is they’re influenced by the empathetic side of Pisces. They understand the heartbeats of people around them and can genuinely listen, advise, and motivate their followers.

Pisces-Aries cuspers are usually bursting with fresh, innovative ideas. They are not only great with dreaming and thinking up innovations, but they are also analytical. They make great plans and smart methods of execution. You can consider them as the total package.

While Pisces-Aries cuspers have the potential to become great leaders, they may not be that popular outside this area.

More often than not, their ideas are eccentric and bold, but the problem is that they aren’t always recognized as being audacious. Now, sometimes the cuspers understand why their ideas get rejected. They’re empathetic and analytical after all. But they just choose to persist even if their ideas are tagged difficult or idealistic.

The cuspers’ best bet is to find like-minded people like Aquarius. Aquarius folks are the definition of revolution and eccentric they are always ready to take on such big, eccentric projects. They are the most likely to appreciate your bold idea and also help to fan the flames of this idea.

The cuspers are not the best listeners. This is not to say that that they don’t understand you. Thanks to their empathetic nature, they can understand you with ease—sometimes so easy, they forget that it’s the act of listening itself that is important.

Pisces-Aries cuspers mostly do the talking. They like to share their ideas and advice, but they may sometimes forget that people aren’t really looking for advice. Sometimes people just want to vent. There is no doubt that the cuspers are intelligent and always have beautiful things to say, but people will genuinely listen to you if only you are a great listener yourself.

Pisces is an earth sign and hence is grounded, practical, and stable meanwhile Aries is a cardinal fire sign and they’re always on the go. But regardless of their differences, the cusp does a good job of marrying both features.

The month of March houses two zodiac signs: Pisces and Aries. Pisces is the Major March Sign for it occupies most of March and Aries is the Minor March Sign. The Pisces-Aries cusp is the transitional period between the two March signs. People born on the cusp exhibit varying degrees of attributes from each of the March signs.

The stars hold a lot of revelation about you. But there is no way to optimize your functionality without first investing in self-knowledge. We hope that having gone through the article, you are more aware of yourself and your story.