What does loyalty mean to you? To some, it is something very rigid and unmoving. Whereas to others, it can be quite a flexible matter. Astrology can tell us a lot about ourselves, like how we behave in relationships where commitment is essential. 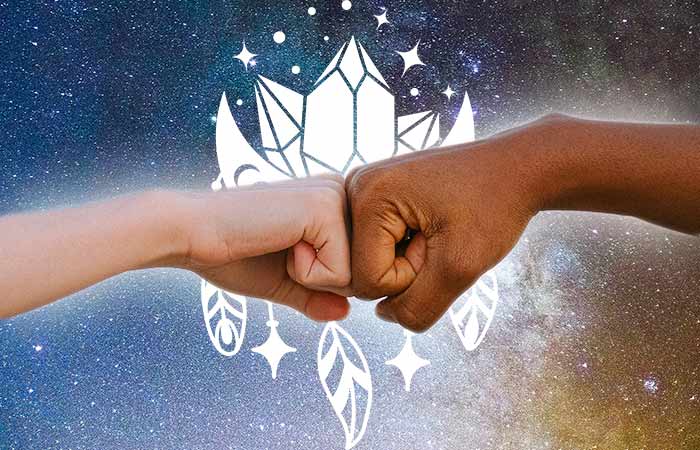 There is so much astrology can uncover when looked at a detailed birth chart. However, as a starting point, Sun signs are very helpful in understanding the typical actions of a sign. So without further ado, here is a list of the Zodiac signs from the most to least loyal!

Scorpios are undeniably very secretive. When it comes to their love lives, they are protective of their partner and are easily jealous of any little threat against their relationship. Scorpios are also deeply emotional beings who are passionate lovers. As a fixed sign, Scorpio is incredibly adamant once they decide to share their life with someone. They are loyal to the bone and expect the same from their partner too.

When it comes to friendships, Scorpios are good at maintaining long-term friends. In fact, Scorpio usually has a small circle of people who they have known for years and years.

Leo is undoubtedly one of the warmest and big-hearted zodiac signs. Although they have a reputation of being self-centered, Leo is actually incredibly giving. They have a generous nature and are ferociously loyal to those they love. Leos are protectors and love to stay in charge of their relationships.

They will fight valiantly to defend both their partner and their friends. Leo is all about honor. In a relationship, Leo is extremely committed. Once they are in love, there is no looking back for this fire sign. Leo will give their 100 percent to make their relationship work – they’ll stick around even when times are tough.

Cancer’s emotions are very important to their spirit. Ruled by the Moon, Cancers are sensitive, emotional, and caring when they get in touch with their feminine energy. Driven by motherly instincts, Cancer signs are very protective. This means that in a relationship, Cancer is extremely devoted to their lover.

Once they’ve found the people they want to be with, they will spend their whole lives committed to them. As long as they feel emotionally fulfilled, Cancer’s head will never turn from their partner. Cancers are also notoriously good friends. They support those around them and always celebrate their successes without jealousy.

Taurus is the epitome of stability. There is no other sign that values security and safety as much as Taurus. So for Taurus, what you see is what you get. They are very transparent and open about their thoughts.

When it comes to relationships, Taurus is very much ride or die. They will stand by their partner no matter what. Since Taurus is a creature of habit, once they’ve met someone they are enamored with, they will keep their eyes strictly on them. Taurus lives for having sweet domestic routines with their partner.

Ruled by Saturn, Capricorn is known for being one of the more serious signs of the Zodiac. They are steadfastly loyal when in love. They are also responsible about their love lives and give all their energy into cultivating a fulfilling and happy relationship. For Capricorn, relationships are very precious to them, so they won’t throw themselves at anyone randomly.

Capricorn always plans for the long-term. They are happy to talk about big milestones like getting married or having kids. As a result, Capricorn is an incredibly faithful sign. When they date someone, they are in it for the long run.

Libras are known for their flirtatious charms and seductive ways, so it can be difficult to ascertain whether this sign will be loyal or not. Ruled by Venus, Libra are actually inclined to be in committed relationships that will provide them with healthy love. When a Libra is interested in someone, they’ll drop everyone around them as quick as a flash. Romance to them is often more fulfilling when it’s a long-term arrangement.

Gemini is sometimes known to be fickle and inconsistent which makes it difficult to rely on them. The commitment of a long-term relationship can sometimes scare off a Gemini. However, when in a relationship Geminis are usually very strong partners. They stick by people that inspire them and can show them a good time.

Aries ranks very evenly when it comes to the loyalty scale. As partners, they are super energetic and committed. They’re also too honest to even think about being deceptive or two-faced. However, if greener pastures present themselves to Aries, it’s in their nature to move towards it. Aries would follow their heart out of a relationship and into a new one.

Pisces is undoubtedly one of the biggest romantics of the Zodiac. They absolutely adore grand gestures and sweet words of affirmation. However, Pisces is also an escapist. They tend to live in their own magical world and when things get a bit too hot in reality, they would rather run than face an issue.

At times, Virgo can be quite the skeptic so it’s hard for them to be totally loyal to someone. They have a flighty nature when in a relationship, which means that one wrong move can mean the end without a second warning. Virgo finds it hard to trust a partner – making lovers easily replaceable.

Aquarius is a humanitarian. They see the bigger picture and want to be instrumental in influencing it. For this reason, Aquarius can make relationships difficult. It’s not that they would be tempted by other people, it’s more like they will prioritize several other things before their partner.

At their core, Sagittarius wants freedom and the ability to do whatever they like. For a Sagittarius, commitment is too much of a chain for this care-free sign. They need to live a very dynamic life – experiencing different things and exploring the unknown. Unfortunately, this means that the temptation of someone new often overpowers them.