With the release of the hugely popular Avengers: Infinity War and the fourth and final installment of the story arc releasing next year, this year’s Halloween is the best time to dress up as a superhero or supervillain from the Marvel cinematic universe (MCU).

In this article, you will discover a list of fun Marvel character costumes that are perfect for a middle-school-aged boy who is about 12-14 years old. 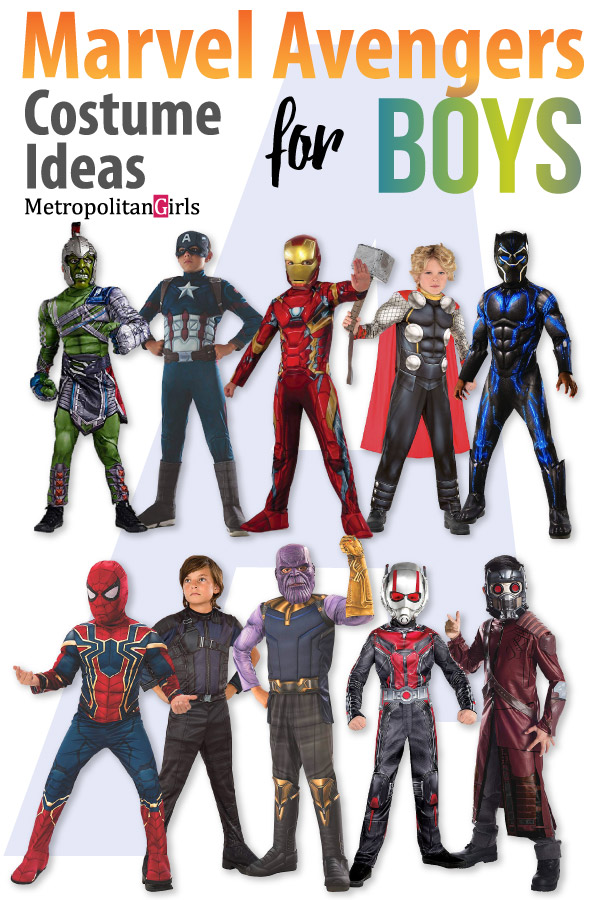 Related Check out this post for tween costume ideas

For tween boys who like to play the villain

A powerful supervillain with a philosophy he believes with fix the universe’s balance. The Infinity Gauntlet is made of foam-backed fabric and is complete with all Infinity Stones. 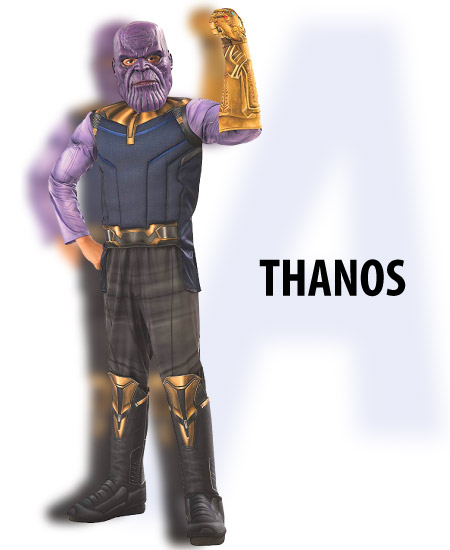 For tween boys who are fans of Tony Stark (Ironman)

He is cool, smart, and has a wicked sense of humor. There’s a reason why Iron Man is one of the most popular superheroes in the Marvel Cinematic Universe. This Iron Man costume includes a jumpsuit and a mask. To complete this costume, consider getting these Iron Man gloves. 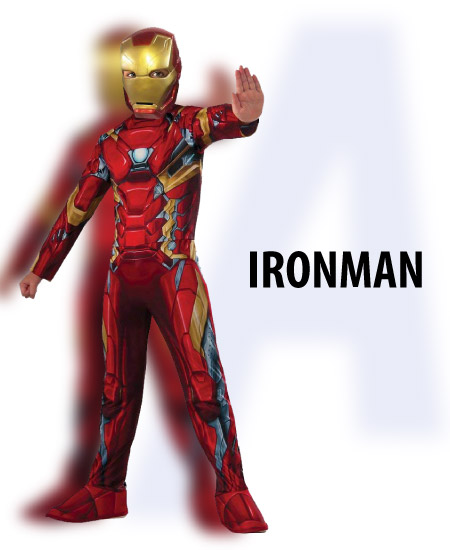 God of Thunder. Son of Odin. The successor of the Asgardian throne. One of the most powerful Marvel heroes. Over the years he has grown more mature and powerful. In Avengers: Infinity War he was able to wound Thanos with his new-found power. Mjolnir (the hammer) is sold separately. 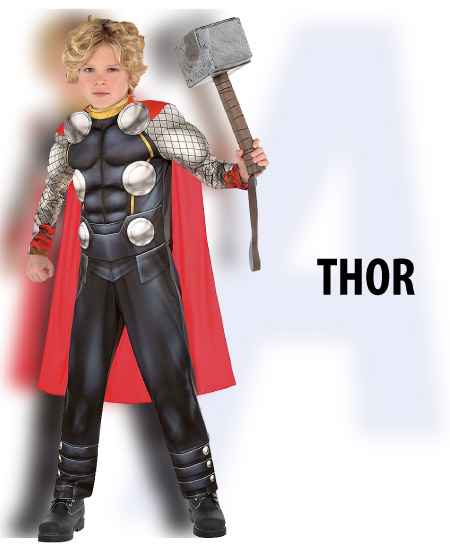 Tony Stark’s apprentice in the MCU. High school student Peter Parker (psst.. he is Spider-Man’s secret identity) was dragged into the Infinity conflict when he was on the school bus. Personally, I love the design of this Spider-Man. The oversize chest emblem looks rad. The gold/copper accents of the outfit give the costume a futuristic techno look which is really cool. 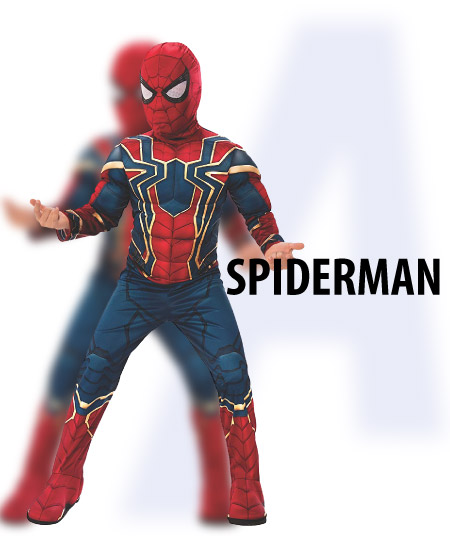 The protagonist of the Guardians of the Galaxy franchise. Due to his background, he is never too serious about anything but he is surprisingly reliable when the situation calls for it. Not in the Infinity War movie though… Peter Quill, you need some anger management! 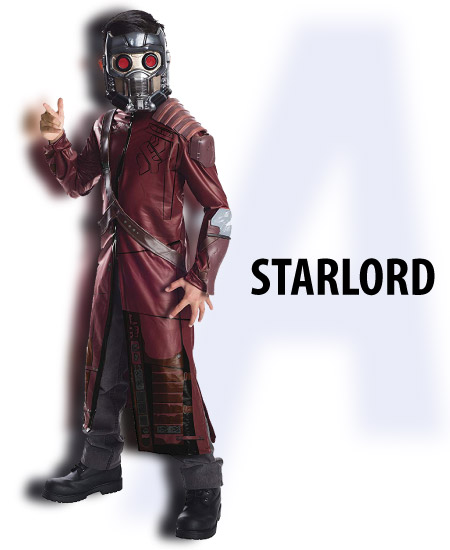 Black Panther is the king of Wakanda — one of the world’s most technologically advanced nations. His land was under siege in Infinity War when Thanos sent his army under the commands of his generals. This Black Panther costume shows off his suit’s charged-up form after it has absorbed a certain amount of kinetic energy. In the movie, he can release the stored energy as a purple shockwave. 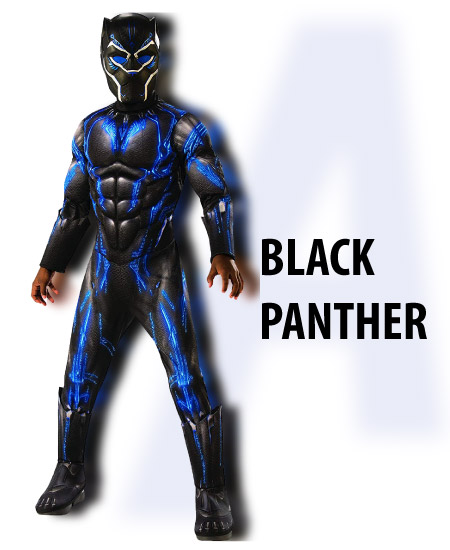 Super-soldier Captain America has been fighting in the name of freedom and justice since World War II. This costume features Cap’s outfit from Captain America: Civil War with the iconic color scheme, letter A on his forehead, and a star on his chest, all of which he later abandoned after the fallout with Iron Man and the US government. 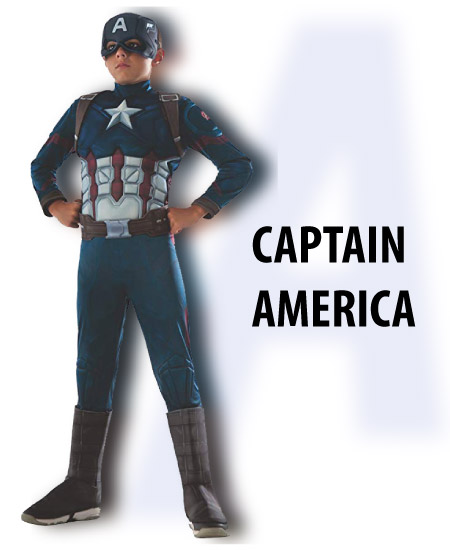 Hawkeye is the most underappreciated heroes in the MCU. His superpower is hyper-accuracy and perhaps unlimited arrows. His personality and outfit are not flashy in the movies but his costume sure looks like one of the more comfortable ones. Another advantage of this costume is that it doesn’t require you to wear a mask which is great because masks are known for bad ventilation. 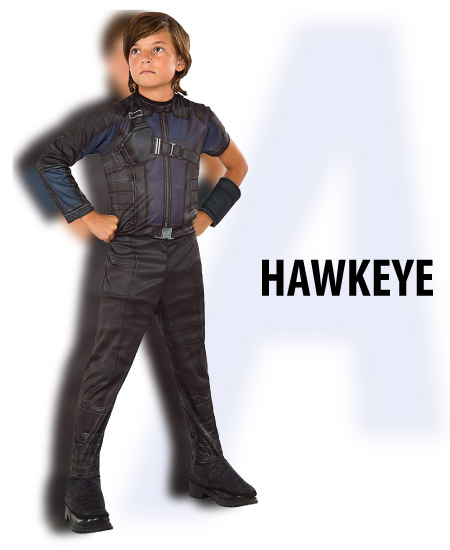 In Thor: Ragnarok (2017), Thor was trapped on planet Sakaar. To return to his home planet Asgard (and to save it), he is forced to face off with The Hulk in a gladiatorial fight. This costume features the combat outfit worn by The Hulk during his tenure as the defending champion of the arena. 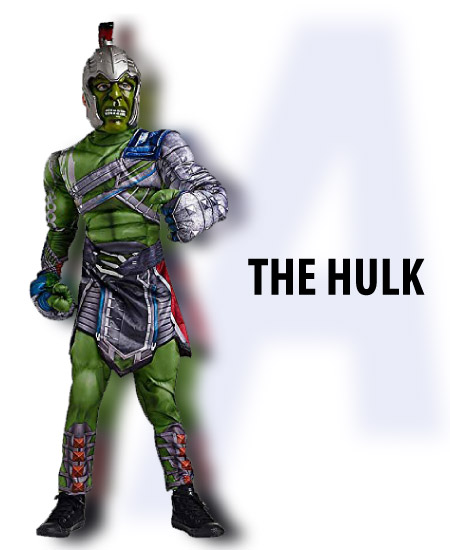 A member of the Avengers team. He can shrink himself down to microscopic levels and grow as tall as a building. He didn’t make an appearance in Avengers: Infinity War, presumably he’s occupied with other equally important world-threatening crisis. Or perhaps he was there, but he was just too small for us to see. 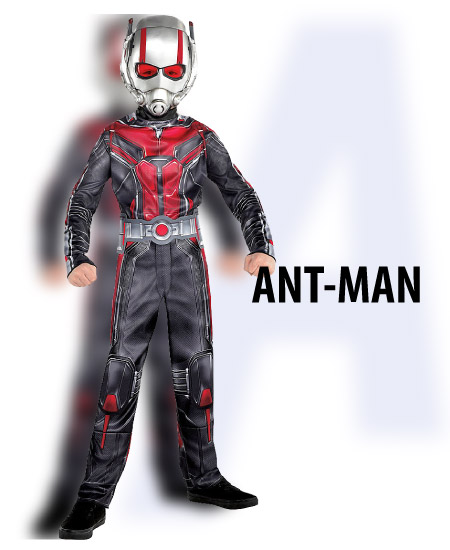 And that wraps up our Halloween costume listicle. Sharing is caring, share these costumes with your fellow followers on Pinterest now. If you haven’t already, you should follow Metropolitan Girls by > clicking here <.

Check out all Halloween articles on MetropolitanGirls.

For teen girls, check out these Teen Girl Halloween Costume Ideas for some costumes that are cute but not sexy.

One of the activities adults can do is dressing yourself up in costumes, here are some Halloween costume ideas perfect for couples.

This Halloween Date Ideas {Teen Couples} article is just what you need for a spooky date on Halloween.

Halloween isn’t only for kids. Find out what can adults do for fun on Halloween in Halloween Date Ideas {Adult Couples}.

Thinking of throwing a Halloween party? You don’t want your guest to be dry, and with these Halloween cocktail punch recipes, they’ll never be dry.

Halloween isn’t traditionally associated with gift giving but do it anyway. Surprise your Boyfriend with some Halloween Gifts.