Discover more than twenty Halloween couple costumes that match your taste and style. In this Halloween costume guide, You will find a couple of matching Halloween costumes in categories like Nintendo characters, DC characters, cute, sexy, and scary. At the end of this article, you will also find a small section dedicated to pre-matched Halloween props and accessories for budget-minded couples. These costumes also work great for best friends who are looking to match their outfits on Halloween. Here are some amazing couple’s Halloween costumes to wear this year.

Dress up as some of Nintendo’s most popular characters this Halloween.

Become the princess who always gets kidnapped by the same spiked turtle and the Italian plumber who always saves the princess from the said turtle. Rumor says that they’re doing this for publicity. Be part of this controversy. Now. 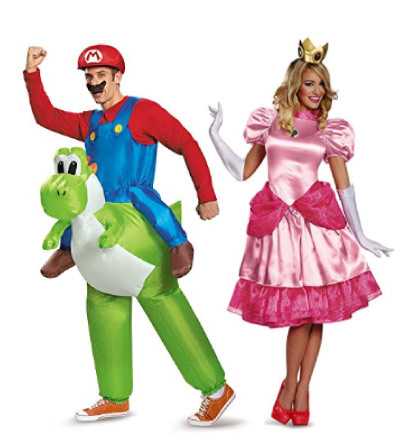 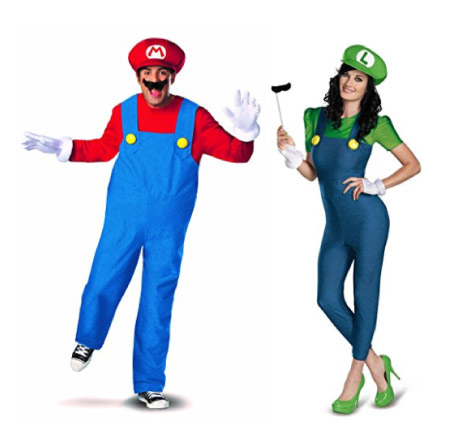 For this combination, Luigi is the man and wears his standard costume. On the other hand, Mario is a girl and her costume now consists of a cute pleated overall dress. 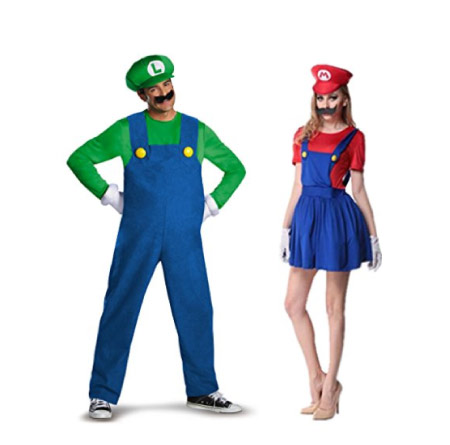 We are pairing up the Lady Mario and Lady Luigi costumes below. Both of these costumes were featured above. 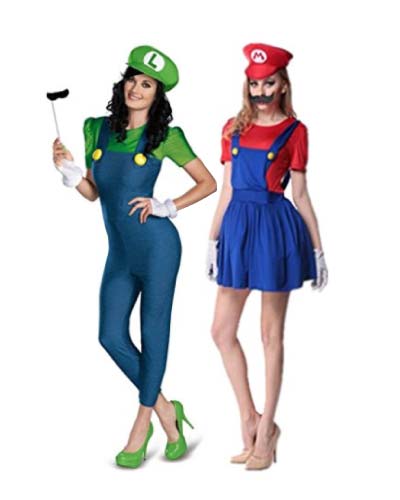 Become the hero and heroine of Hyrule this Halloween. Dress up as the green-capped Link and Princess Zelda with her fighting gear. I think these costumes are inspired by the classic Super Nintendo (aka SNES) game Legend of Zelda: A Link to The Past. 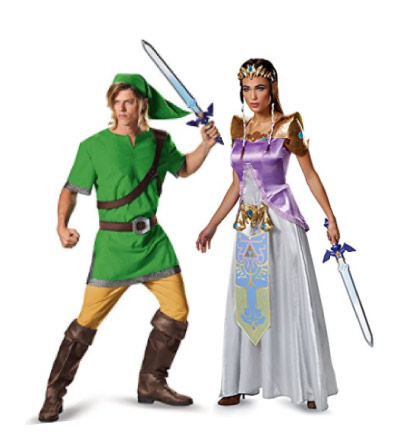 Dress up as your favorite superheroes from the DC universe this Halloween. I wanted to do Marvel superhero costumes for couples too but good-looking ones are harder to find.

Man of steel from Planet Krypton and Goddess of Love and War of the Amazonian people. Dress up as two of the founding members of the Justice League. Superman and Wonder Woman aren’t exactly in a romantic relationship, but they did have a few romantic moments. 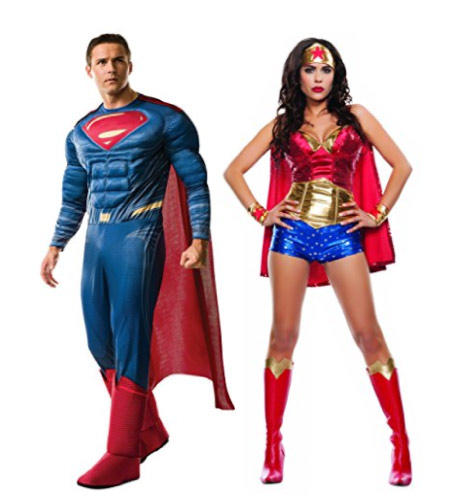 Being stuck in never-ending crime fighting and world saving, Batman and Catwoman have a pretty complicated romantic history. Despite all the conflicts, they’re a really hot couple though. Both of them are big fans of black and tight attire. 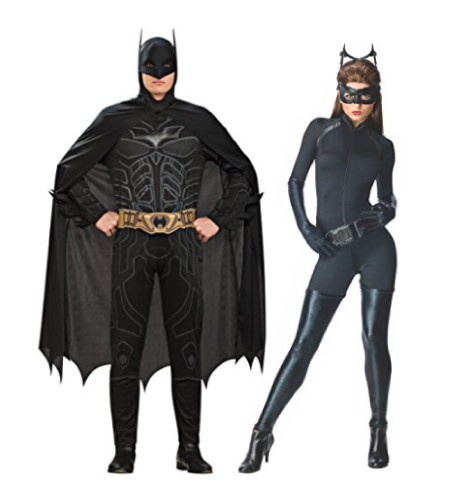 Go classic with these Batman and Robin costumes. 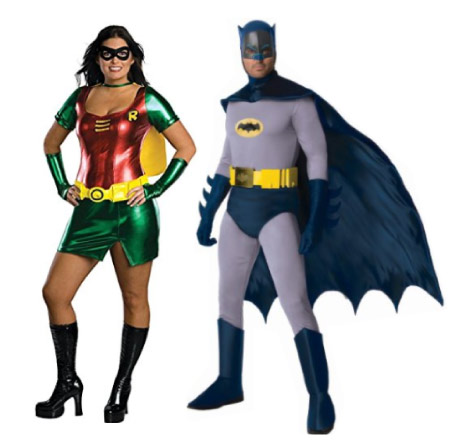 No, not the Twilight kind. Think classic castle-dwelling bloodsuckers. Medieval outfits with a color scheme that is dominated by black and red colors. Vampire fangs are not included in these costume sets, so remember to get your own for added effects.  Also, don’t miss out this awesome Halloween makeup tutorial video. 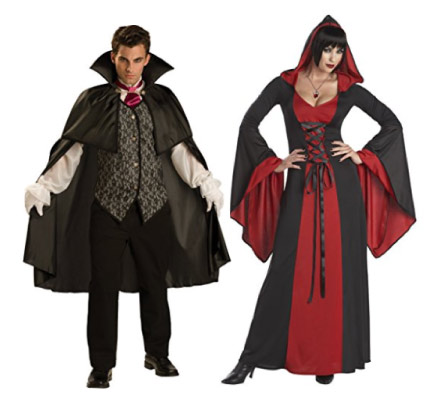 Zombies have been a movie-industry darling for the past decades. From Hollywood to Asia, Zombie movies are well received all over the world. And they’re popular for a good reason. Zombies are scary but they are not impossible to outrun, which means there’s always hope for survival, keeping your adrenaline pumping all the time.

If you decide to go with zombie costumes, add some fake blood to make yourself even scarier. You can either buy them from Amazon or make it yourself by following this fake blood recipe. 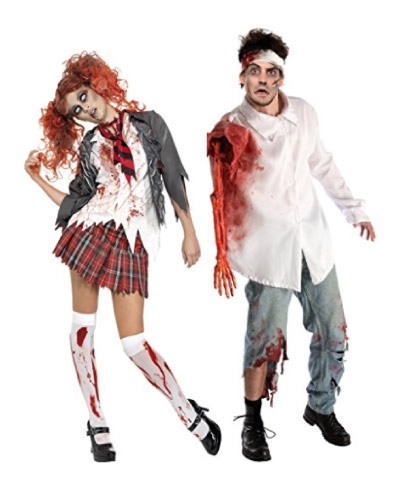 Dress up as Death himself this Halloween.  Note that the scythe is sold separately. 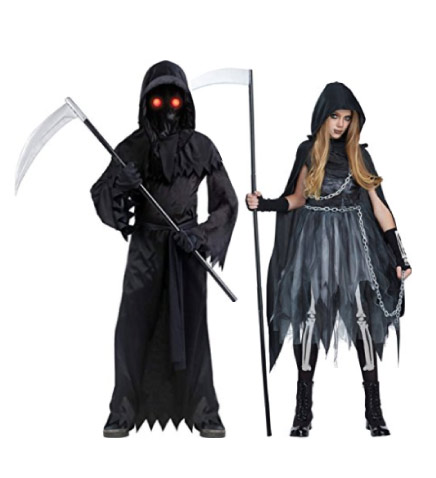 Now it’s time for some naughty costumes. Don’t worry, there’s nothing too skimpy in here, just a dash of naughtiness for a night full of thrill and excitement.

A timeless classic. Have you been a bad girl lately? Be careful, because the policeman and policewoman are looking for you. Sleeveless policeman costume with an armband that spells police. The policewoman costume features

Sleeveless policeman costume with an armband that spells police. The policewoman costume features a tight black shorts shows off your assets.

Policeman and Police Woman – with handcuffs 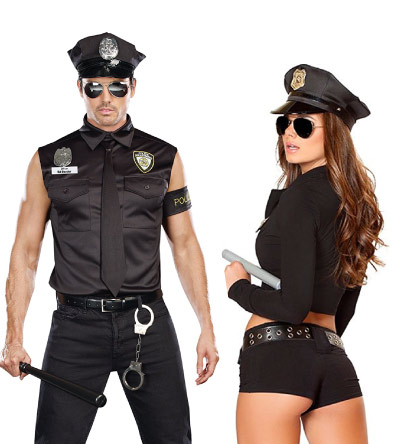 Oh no, there’s an emergency — a fashion emergency. Is there a doctor in here? Oh yes, you bet there is. You’re in the safe hands of Dr. Sexay and his trusted nurse Ms. Hot. They are here to make you feel better again. 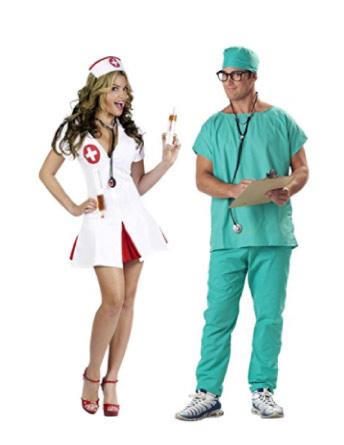 The hottest couple in Star Wars. Dress up as Han Solo and Princess Leia when she was imprisoned by Jabba. Underwear is optional because apparently, no one wears underwear in space. 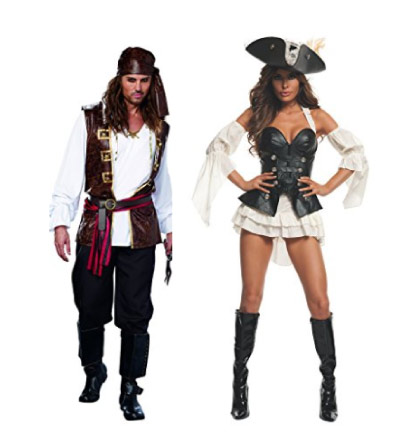 One of Disney’s most famous royal couples. Feel what it feels like to be monarch this year. 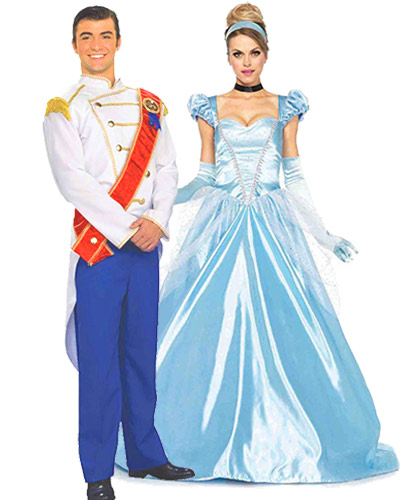 Halloween is a great time to have fun. Below are some ideas for you if you think pirate and zombie costumes are too cliche.

This Halloween, become America’s staple food PB&J. One of you will become a piece of bread with peanut butter, the other with jelly. PB and J fit together so perfectly just like the two of you. By the way, I found this trivia when I was researching for this article. A 2002 survey indicates that an average American will have eaten 1,500 PB&J sandwiches before he graduates from high school. 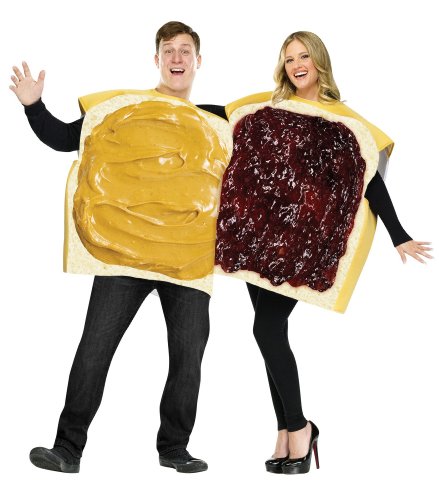 Have you ever seen a plug and socket that don’t fit together when you’re NOT abroad? Yeah, me neither. They fit together really well most of the time, just like you and your SO. 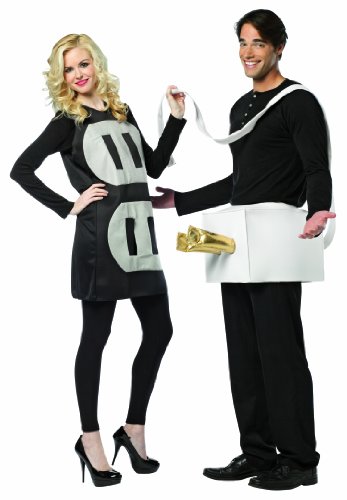 The unbeatable partners on a breakfast plate. 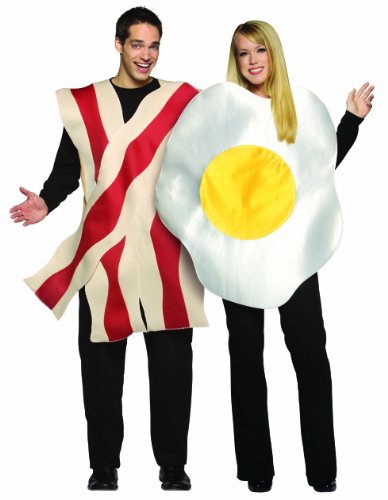 The best combination ever! 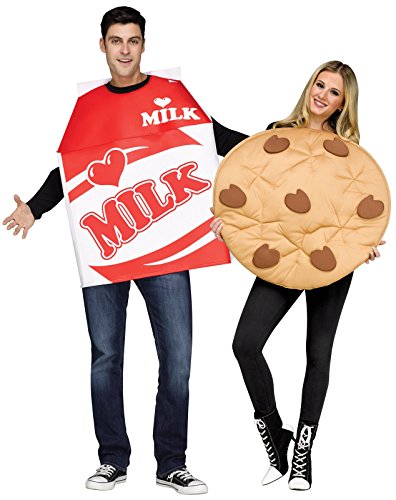 A natural progression from milk and cookie. Tell the world how close the two of you are, just like an oreo in halves. 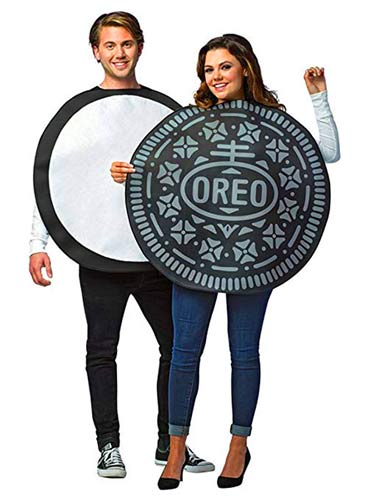 Halloween Props and Accessories For Couples

Elaborate Halloween couple costumes are not for everybody. If you have a budget to keep but still want to have some fun, consider the following props for Halloween instead.

Dress up as a pair of wolves with the help of these couple hoodies. 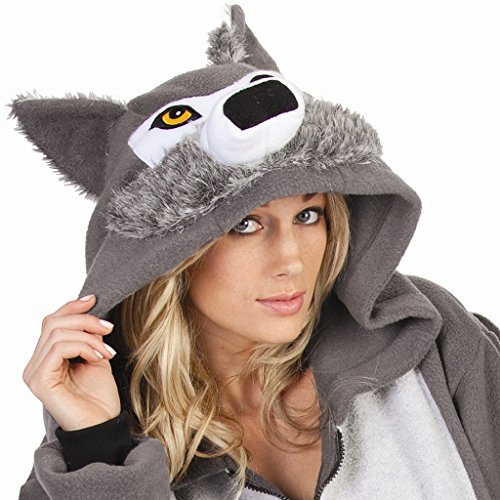 These masks are great Halloween party accessories. Dress up in your favorite party dress, put on the mask and you’re ready to party. 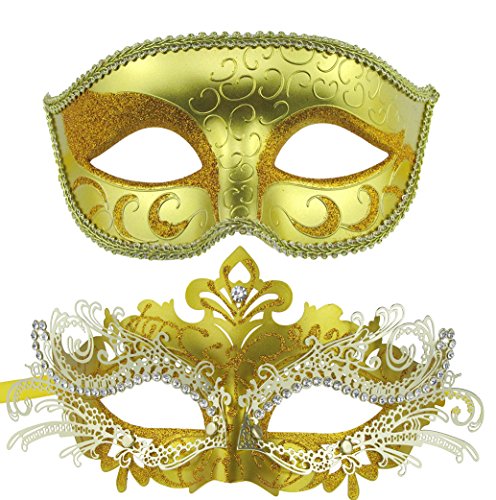 Inspired by the movie V for Vendetta. These masks light up in the dark in beautiful neon colors. These masks are battery-operated. 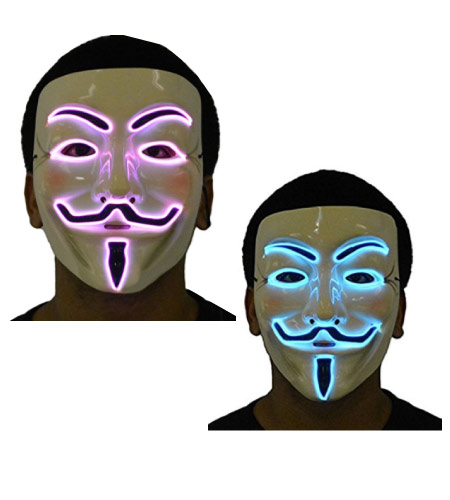 Become an angel couple with these angel wings. DIY a halo ring for added effects. 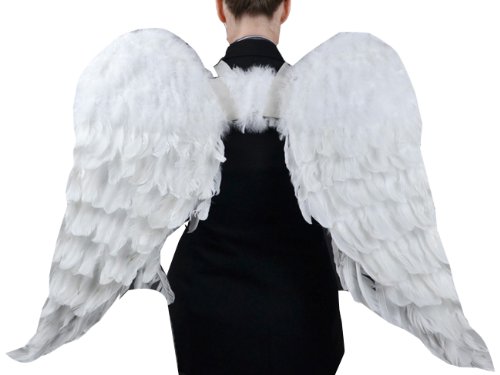 Do you have any couple’s Halloween ideas to share?

As two of you are getting excited in your couple costumes, there’s one little thing that you can do to make the night even more special — a surprise just-because gift for your boyfriend. Ok, not really just-because because it’s Halloween but Halloween isn’t really a gift-giving occasion, so.. Anyway, it feels great to receive a gift from your partner. Read here for Halloween boyfriend gift ideas.

If you don’t have anything planned out for Halloween, why not have a date with your SO? Check out this article for a list of creative Halloween date night activities. Get ready for an adventure on the spookiest day of the year.

Last but not least, it’s fun to go to a party as a group of friends all dressed up in matching costumes! Check out Vivid’s take on this topic.

Check out all Halloween articles on MetropolitanGirls.

For teen girls, check out these Teen Girl Halloween Costume Ideas for some costumes that are cute but not sexy.

One of the activities adults can do is dressing yourself up in costumes, here are some Halloween costume ideas perfect for couples.

This Halloween Date Ideas {Teen Couples} article is just what you need for a spooky date on Halloween.

Halloween isn’t only for kids. Find out what can adults do for fun on Halloween in Halloween Date Ideas {Adult Couples}.

Thinking of throwing a Halloween party? You don’t want your guest to be dry, and with these Halloween cocktail punch recipes, they’ll never be dry.

Halloween isn’t traditionally associated with gift giving but do it anyway. Surprise your Boyfriend with some Halloween Gifts.