Who wouldn’t fall in love with the mother-daughter relationship of Rory and Lorelei a.k.a the Gilmore Girls? This tv show moved everyone’s hearts because of the bond between the lead characters. Not only that it showcases real-life struggles, but it also promotes good family relationship and that you should stick together despite hardship.

Although the show had ended more than a decade ago, we really can’t get enough of Gilmore Girls. If you find yourself in a similar situation, here are some of the best movies and shows like Gilmore Girls you should check out. 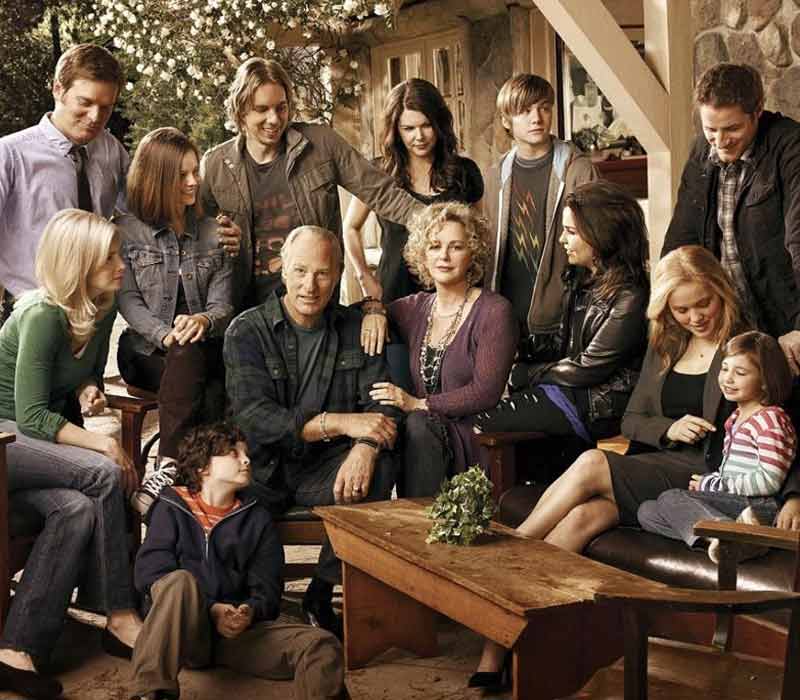 Like Gilmore Girls, Parenthood is also starred by Lauren Graham. This show is another hit because of the realistic scenarios that everyone can relate to. The hardship that a family goes through and how they stick together during troubled times make viewers realize the importance of family. Though Amber may have a huge difference from Lorelei, the audience would definitely be moved by how Sarah shows her undying support and unconditional love. A tear-jerker at times, but also has its own share of humor in it. 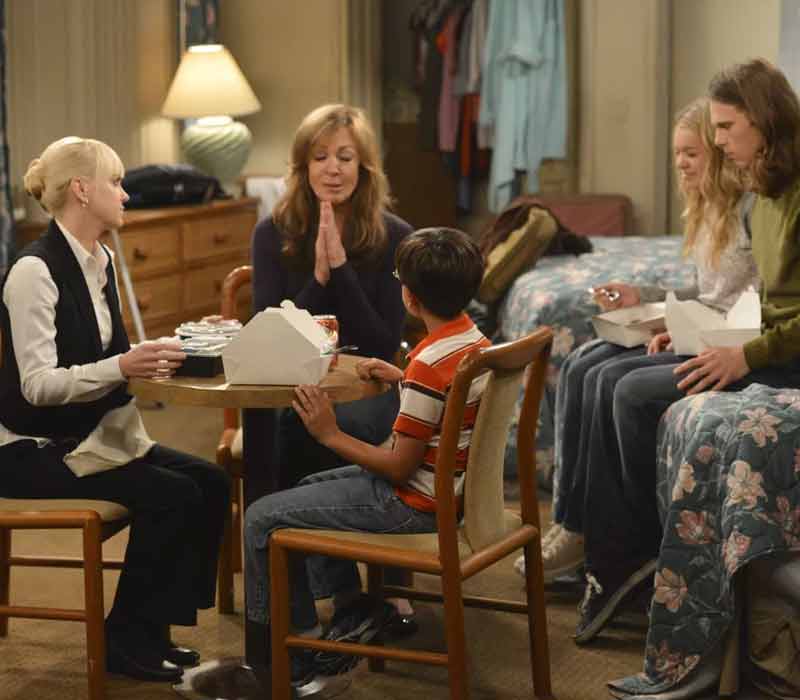 Mom, the sitcom, follows a dysfunctional single mother-daughter duo that’s both inspiring and remarkably entertaining the same time. The unorthodox exchange of dialogues makes it an interesting sitcom to watch, given that the storyline, the characters, and the scripts are very much like a common everyday scenario of an average family. Just like Gilmore Girls, the mom-daughter pair in Mom — Bonnie and Christy also share the same rough relationship with each other. Full of sarcasm and humor, this show is addicting! 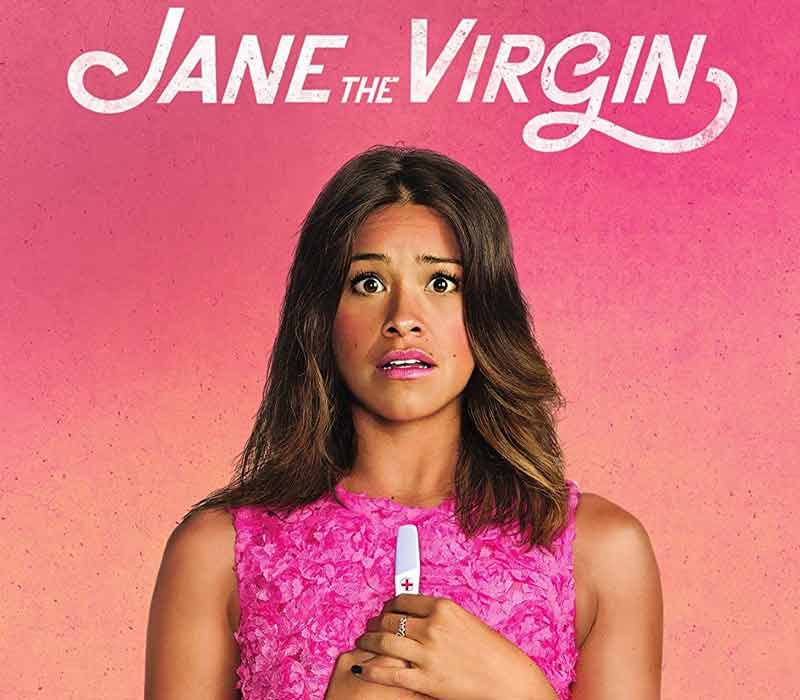 There are many similarities between the two shows. Similar to Gilmore Girls, Jane The Virgin also features themes like mother-daughter relationship, an unexpected pregnancy, and they’ve also got a grandmother with a strong personality. If you like Gilmore Girls, You’ll be amused by the hilarious scenes and heartwarming scenarios that are all twined up by a unique twist of being pregnant despite being a virgin! It has an interesting plot that will make you curious about what will happen next. 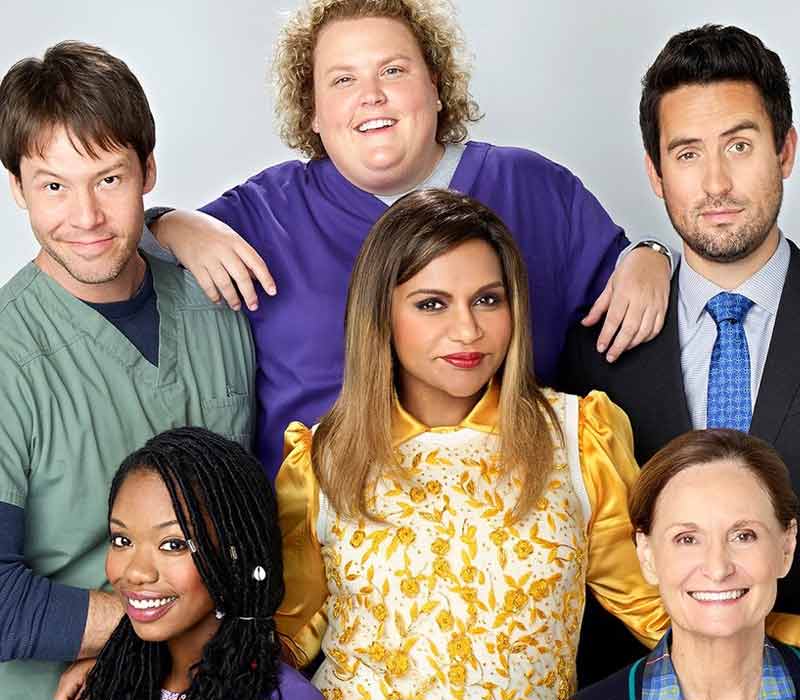 The storyline is a bit different, but what makes The Mindy Project similar to Gilmore Girls is the constant approach to life by the main character, Mindy. Her comical ambition in life, relationships, and the hiccups that come with it make her an interesting and amusing character that everyone can relate to. Mindy’s transition from one phase of her life to the next shows her growth to become more mature despite her shortcomings. 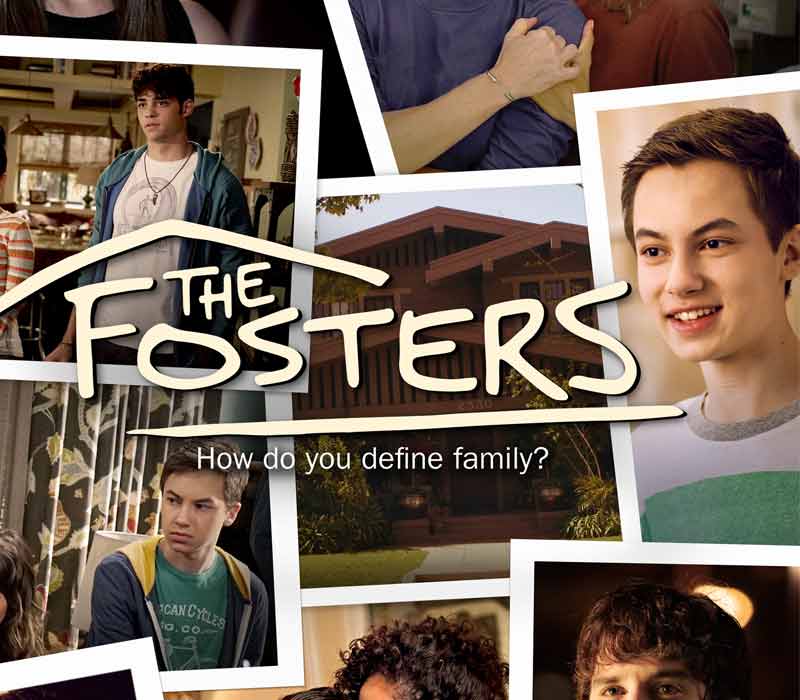 Another story about family, but this time an untraditional one. The Fosters features a lesbian couple who took in children as their own. The show depicts the unorthodox issues that most of us don’t encounter every day, but we all know that it happens in the real world. Like Gilmore Girls, the show explores the bond between parents and their children, giving emphasis that a family is not all about being related by blood. A very interesting story with its own share of angst, drama and unique twists of challenges. 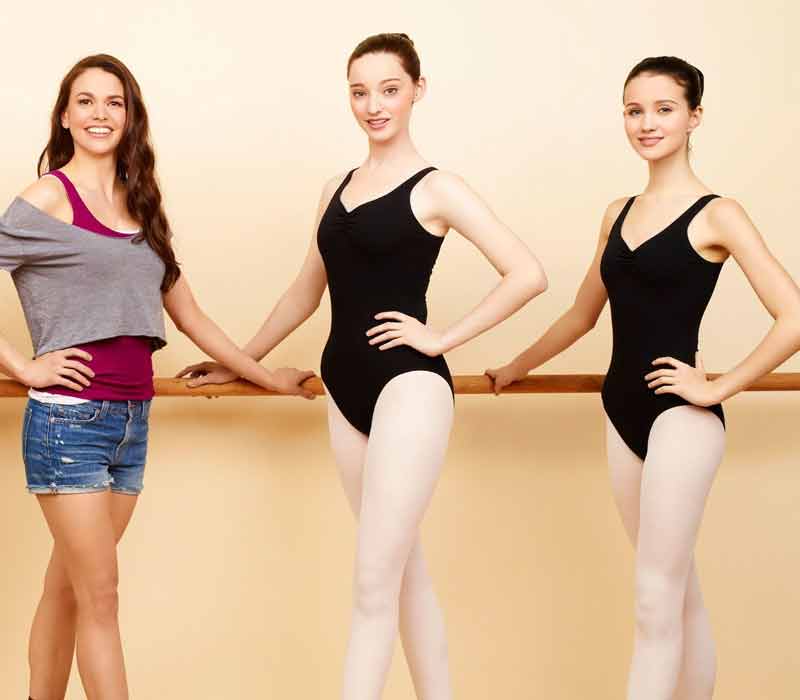 Some say that Bunheads is like a remake of Gilmore Girls. Aside from having Kelly Bishops on board (that’s Emily Gilmore of Gilmore Girls), the main character, Michelle, is very much like Lorelei. A strong, independent woman who is very witty in the way she talks! That fast-paced speech, it’s so Lorelei like! On the other hand, Sasha is like a more troubled version of Rory at the start. But towards the end, everyone we’ll see her soft spot and how she somehow creates this amazing connection with Michelle. You’ll surely be both amused and touched by this tv series! 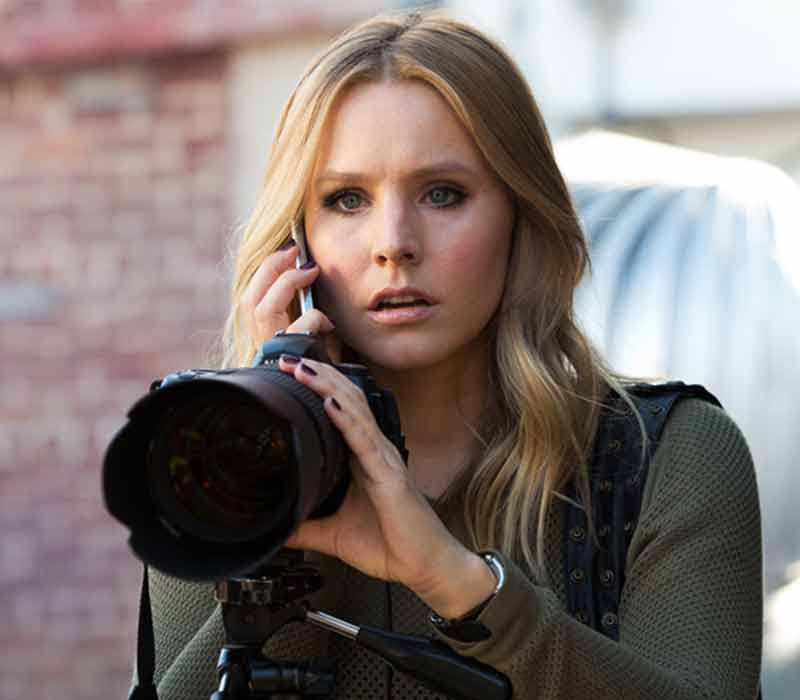 Coming from the same network as Gilmore Girls, Veronica Mars also features a strong theme about parent-daughter bond. A slight twist though, this time it’s a father-daughter thing, but still with the same amount of compassion and warmth towards each other. Both shows also feature smart women with strong, distinct personalities. Not only that, the same witty and sarcastic exchange of dialogue is also present amongst the characters. 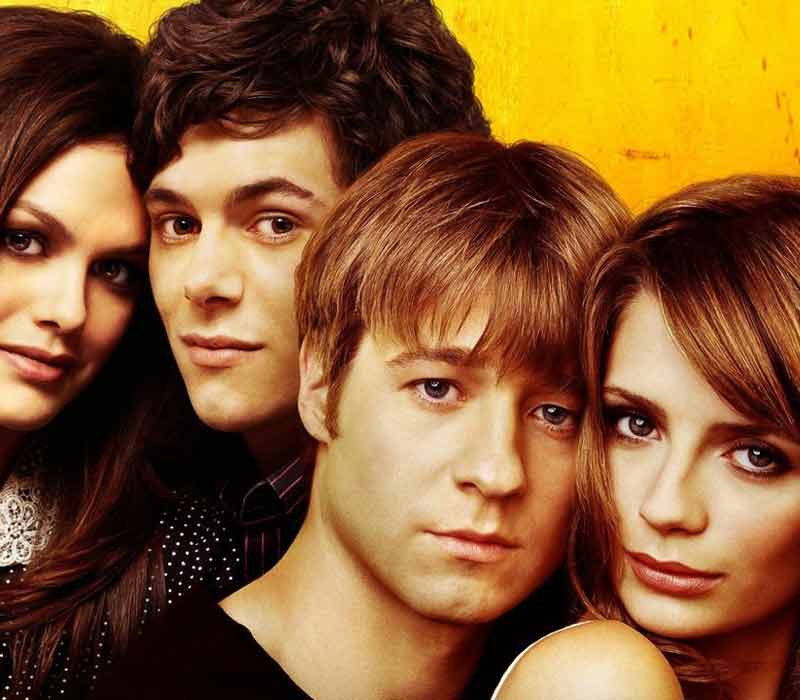 The OC is a teen drama television series about Ryan Atwood, a gifted teenager with a dark and depressing background, who gets adopted by the wealthy Cohen family. The story revolves around Ryan and his foster brother as they try to live alongside wealthy high schoolers in Newport Beach. While the storyline might evoke a teenage feel to it, the writing in this series is so remarkable that you’ll be hooked even before you know it! The series shows both good and bad parenting that ensures you will get a feel for the characters. It has a nice reverse-Cinderella story for romance that feels fresh and wholesome to watch. 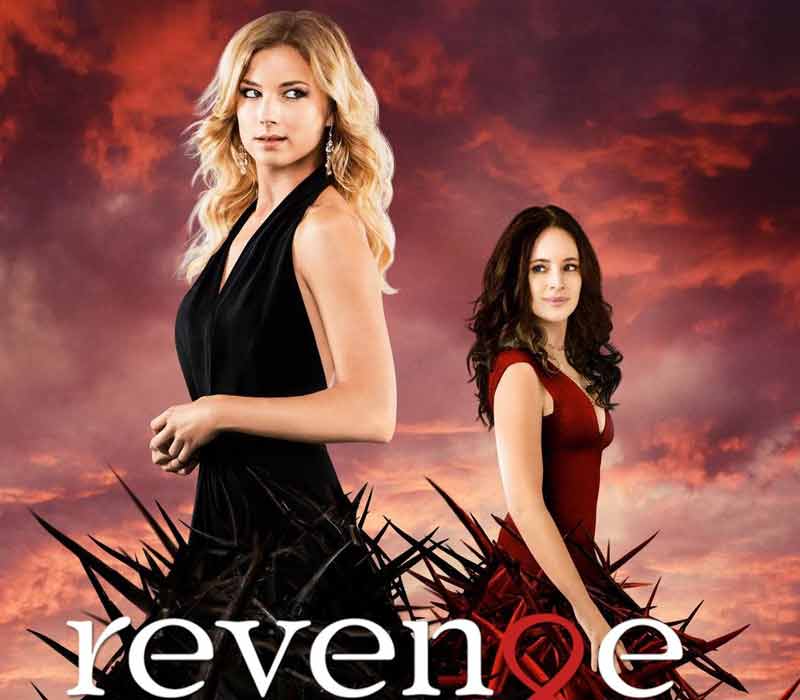 In Hamptons, the world revolves around wealth and status. Emily Thorne, a woman fueled by revenge for her father who was framed for a crime. It caused them to separate and never to see each other again. She then rents a beach home in Hamptons to destroy the lives of the people who wronged her father. Revenge blends in both the “monster of the week” and “overarching storyline” so well that you will be at the edge of your seat rooting for Emily. The show packs a faced-paced story with a big finale for its first season. It proves that hell really hath no fury as a woman scorned. 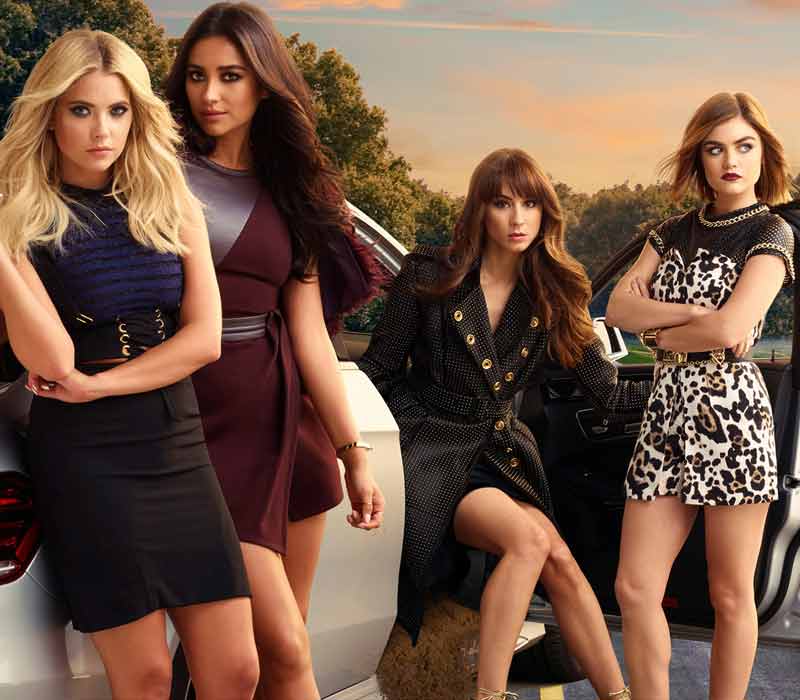 Pretty Little Liars follows Spencer, Alison, Haria, Hanna and Emily, five high school girls from the town of Rosewood, Pennsylvania. During a stayover at Spencer’s family barn, the girls wake up only to find out that Alison is missing. The group tried to find her but to no avail. Missing the leader of the pack, the group slowly drifts apart until a year later, they began receiving mysterious messages from someone named “A”. “A” threatens to torture the girls and to tell secrets that only Alison would have known. While initially thinking Alison was behind the phone, they came to a shock when Alison has been found dead. The mystery in this series will challenge your thoughts and problem-solving skills as you try to unearth each answer and piece them together as the season progresses.

Yes, we know this list gives you a lot of reasons to bury yourself in your couch. Just a piece of advice, you might want to choose a perfect day to run a marathon for each of them. This way, it won’t affect your everyday tasks and you’d get to appreciate all the episodes. Pick that one day of the week, get popcorn, pizza, ice cream, or just everything within your reach, then start clicking that remote control!

Other Shows to Check Out