Silicon Valley is a comedy series about Richard, a computer programmer, and his friends as they journey through starting their own startup company hoping to make it big in the tech industry. Even though it’s mostly comedic, the show packs a very interesting story which will leave you craving to see the next episode. As a casual viewer, you will be entertained by each episode, but as a tech-geek, you will love every episode as the show also presents the importance of tech knowledge in a startup environment. If you haven’t watched this series, then I suggest you do, and if you have, then I’m sure you’re craving for more.

With that said, here are other amazing TV shows you should watch if you like Silicon Valley:- 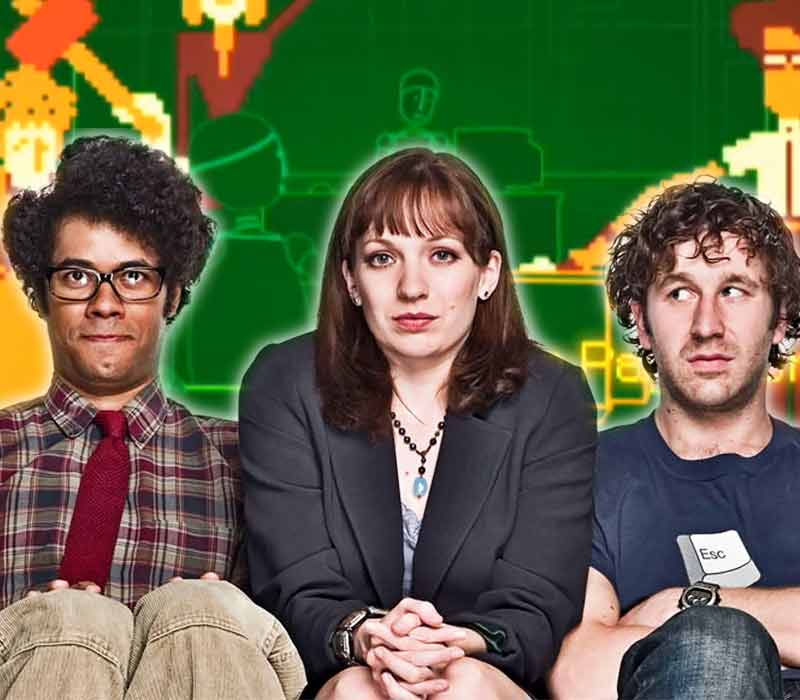 While more inclined to British humor, the IT crowd’s humor does not disappoint. Like Silicon Valley, the show revolves around the hilarious mishaps working in the technological field. The show starts off hilarious from the get-go and gets even funnier as you go along. From attending a gay musical to screaming the stress out of people, with this show, you never know what you’re going to get! 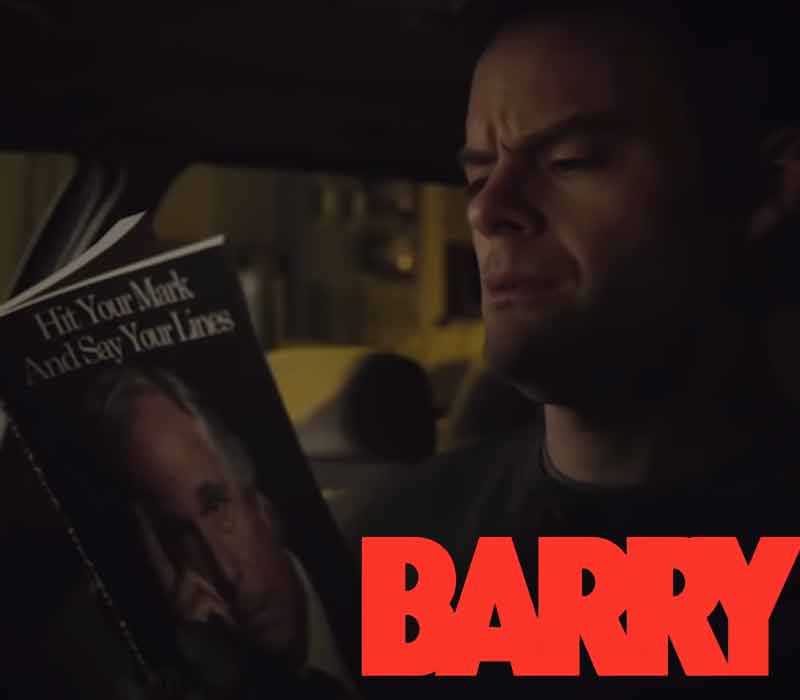 Barry Berkman is a low-level hitman who’s depressed and dissatisfied with his life. During a mission, he travels to Los Angeles to kill a target but finds himself joining an acting class which awakened his desire to become an actor. While the premise might not sound anything like Silicon Valley, you will find that the humor is just as dark! With 13 Emmy nominations in its first season, a 99% score on Rotten Tomatoes, you have every reason you’ll ever need to watch this show — because it’s not just doing great, it’s killing it! 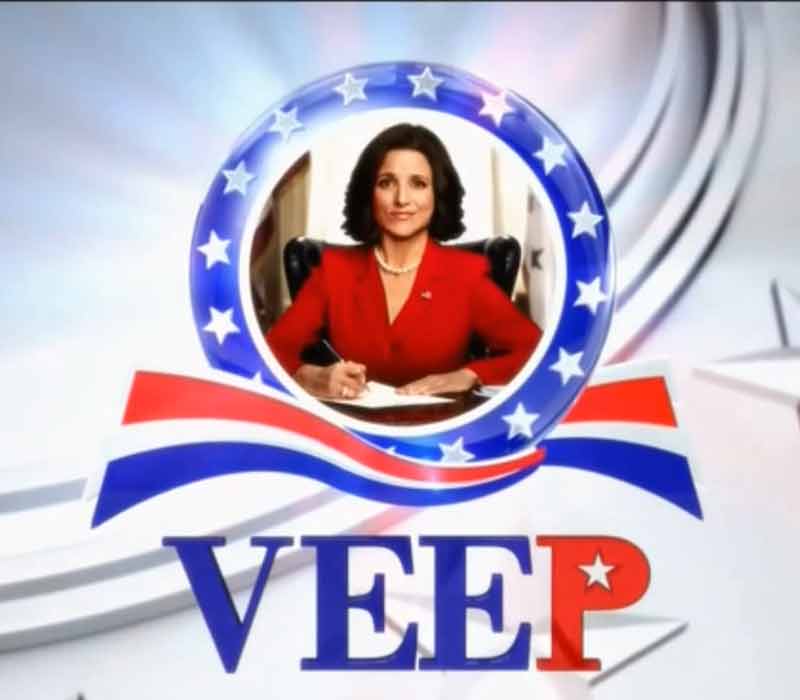 When it comes to dark humor, Veep is a show that won’t back down. The political satire comedy show follows a former senator Selina Meyer and her entertaining misadventures of being the vice president of the United States. Veep’s comedy is very well written and is outstandingly executed by their actors. While everyone is mostly mean to each other, every character is deep and quick-witted that it’s crazy how fast the jokes go which is similar to Silicon Valley. Don’t take my word for it? Then you should know that the lead actress had won the Outstanding Lead Actress in a Comedy Series for 6 years straight. If that’s not convincing enough, then I don’t know what is.

Kenny Powers is a former professional baseball pitcher who moved back into his hometown in North Carolina after his distasteful attitude and addiction to illegal drugs has led to a downward spiral in his career. He then “forced himself into retirement” and took a job at his former middle school as a PE teacher. If you think that’s quite an outrageous plot, then wait till you get a load of the dialogue. The series showcases classic Danny McBride gags and if dark humor is your cup of tea, then you’re in for a crazy ride! If you like Silicon Valley, dark humor, and baseball, this show is made just for you. 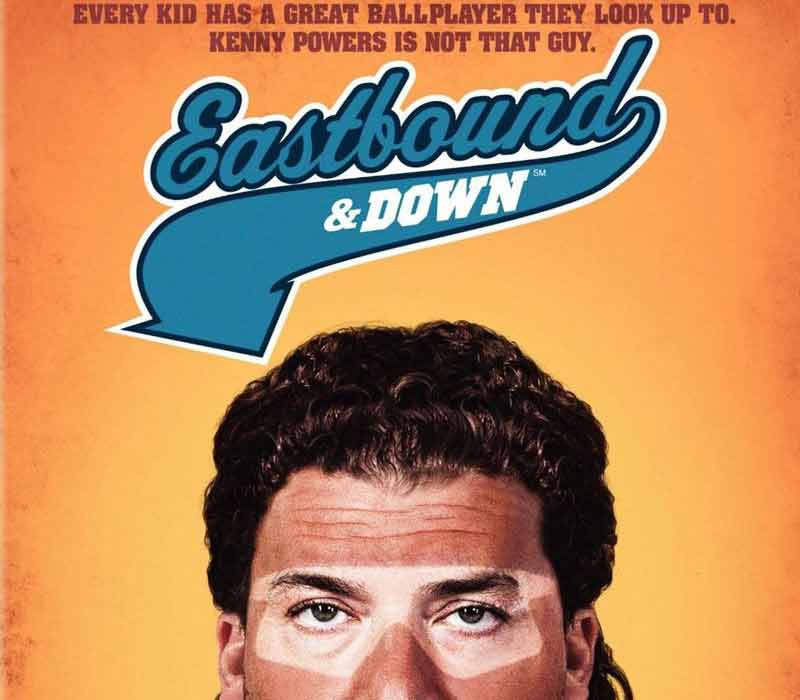 What do you get when the co-creator of Seinfeld plays a fictionalized, self-righteous version of himself on TV? Curb Your Enthusiasm, that’s what. The show follows Larry David’s life as a semi-retired television writer/producer in Los Angeles. And while his character may not have the kindest of hearts, the show is full of laughs and shows how everyone is a much bigger jerk than he is. If you like Silicon Valley’s awkward situations, then you are going to love this show as Larry is the type of person that argues even about the smallest of things. After all, what could go wrong when you co-created one of the best sitcoms ever made? 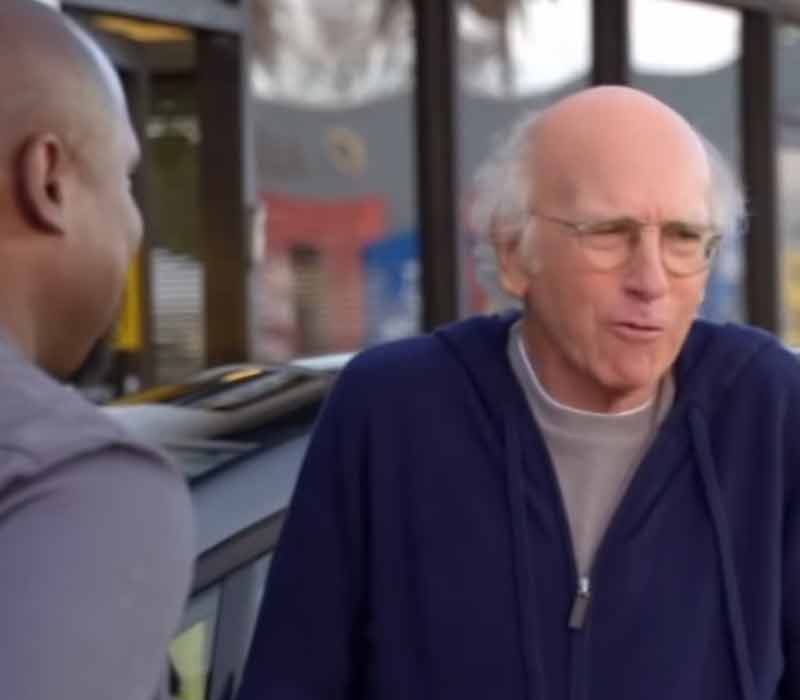 Party down follows the lives of six aspiring Hollywood actors/writers who work at a high-class catering company to make ends meet while hoping to catch a break in their Hollywood careers. What makes this show hilarious is that the protagonists tackle different crazy events in each episode, events like a senior singles mixer and an adult entertainment awards afterparty just to name a few. While it’s not nearly as dry as some of Silicon Valley jokes, Party Down hits the spot in all the right places. 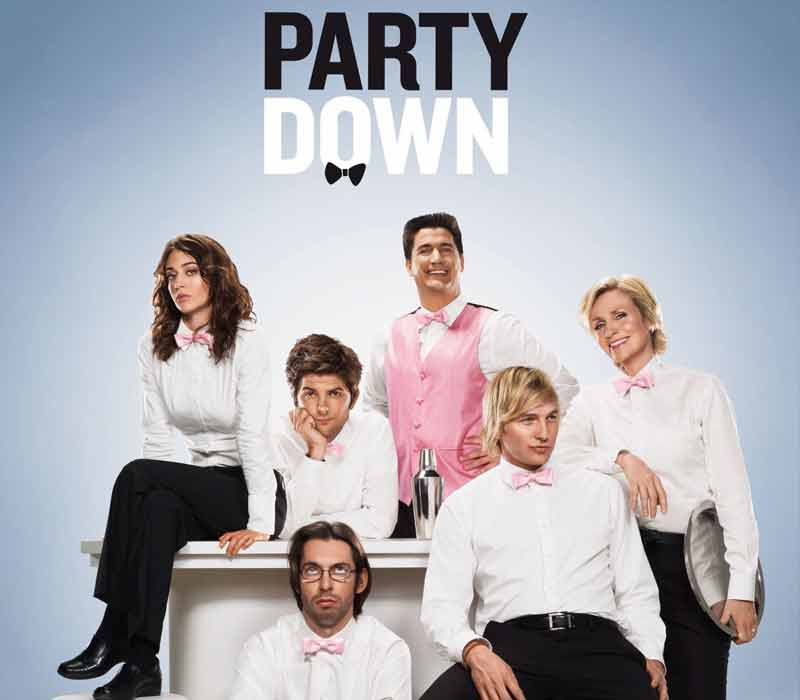 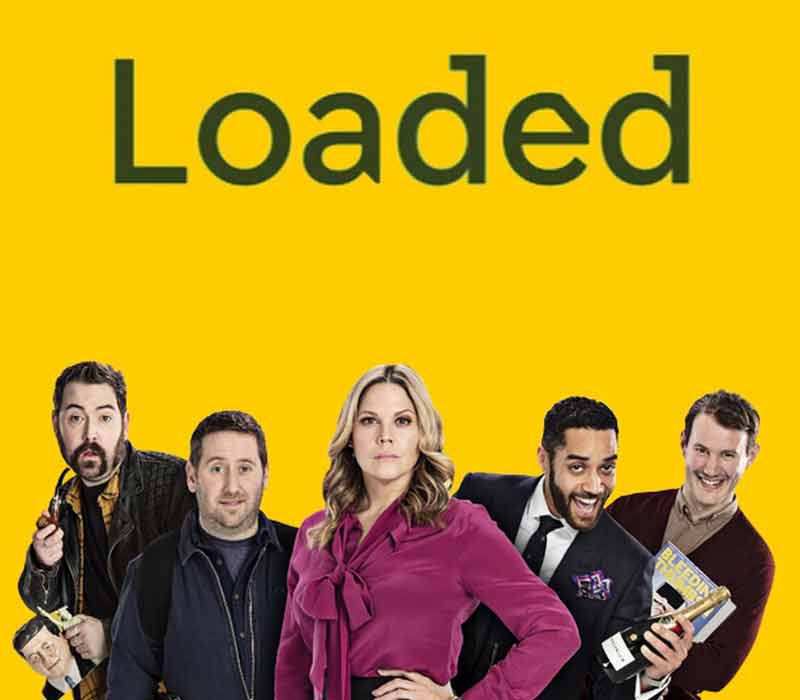 While Silicon Valley is about a group of friends who founded a startup company in the hopes to get rich, Loaded follows the lives of four friends who had sold their startup company for a whopping $300 million dollars. The show revolves around the struggles and ridiculousness that come with their newfound riches. While the show’s jokes are on point, it shows contrast with Silicon Valley when it comes to drama as the show would also tackle serious subjects. If you want something like Silicon Valley but with added feels to it, then give Loaded a try. 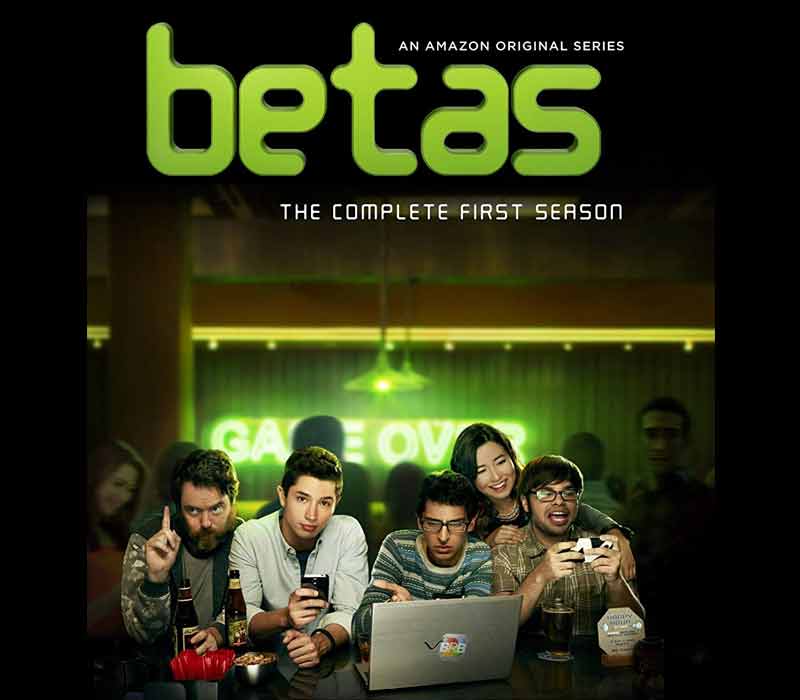 One of Silicon Valley’s biggest assets is that it shows casual viewers how life is like working in the tech industry, and another show that makes good use of this theme is Betas. The show follows four friends who made a revolutionary social networking app which connects you to people you should know instead of just keeping you up to date with people you already know. While the idea is good on paper, the challenge is getting an investor to help make their dream come to life. What follows is a crazy ride filled with raunchy adult humor that is not for the faint of heart. If you loved Silicon Valley, then this is likely one of the closest you can get.

Diving deeper into the geeky side of things, Halt and Catch Fire may not be a comedy show, but if you loved the geeky side of Silicon Valley then this will take you even further. The show is set in the 1980s as a trio of revolutionary-minded people would do everything in their power to build the computer that will change the future. The characters’ chemistry as they bounce off each other is absolutely brilliant. It may be lacking the comedy aspect of things when compared to the others in this list, but Halt and Catch Fire is a show that will leave you in awe regardless. 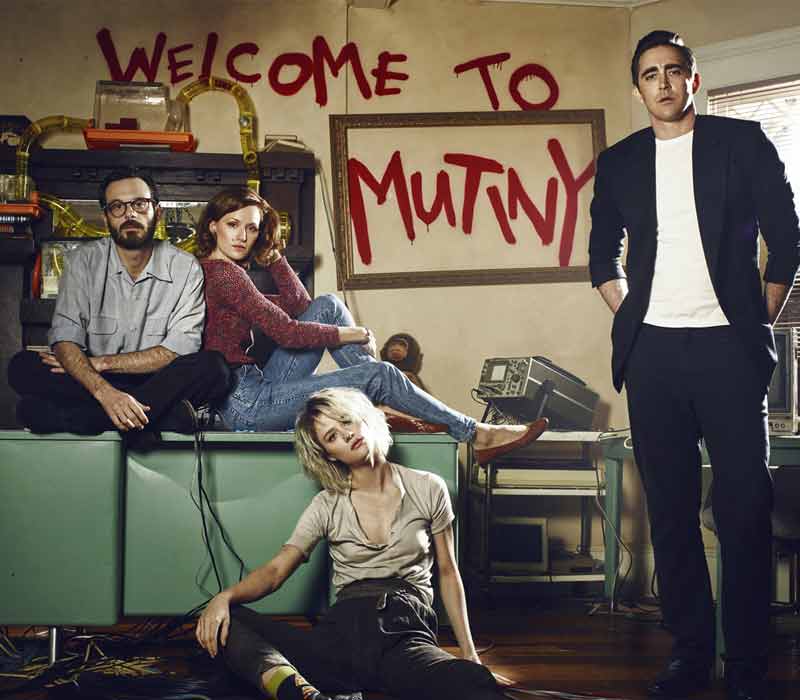 10 Shows & Movies To Watch If You Like Altered Carbon

9 Shows to Watch If You Like Silicon Valley (This Article)