Helen Keller (1880-1968) had passed away for more than half a century. However, she remains an inspiration to many people. Despite being deafblind, Helen Keller became one of the leading advocates of her time for people with disabilities. Learn more about Helen Keller’s life, family, education, literary works, and political activities in this short biography.

Helen Adams Keller was born a healthy child on June 27, 1880, in Tuscumbia, Alabama to a distinguished southern family.

Helen Keller’s father Arthur Henley Keller was an editor of the Tuscumbia North Alabamian. During the American Civil War, he had served as a captain in the Confederate Army. Helen Keller’s mother Catherine Everett Keller was a young educated woman from Memphis. She was the daughter of Charles W. Adams, a Confederate Army general. Helen Keller had four siblings: two full siblings and two half-siblings from her father’s previous marriage. Helen Keller was born in Ivy Green — a homestead built by her grandfather — where she spent her early childhood. The family homestead was also where she first met her mentor and life companion Anne Sullivan. 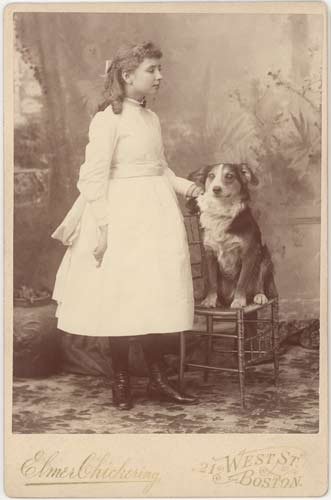 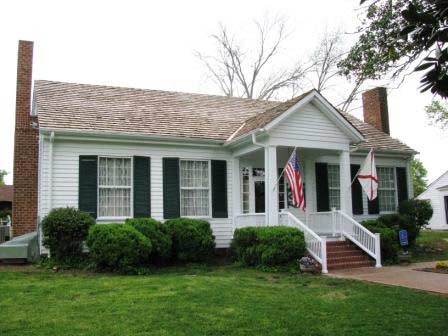 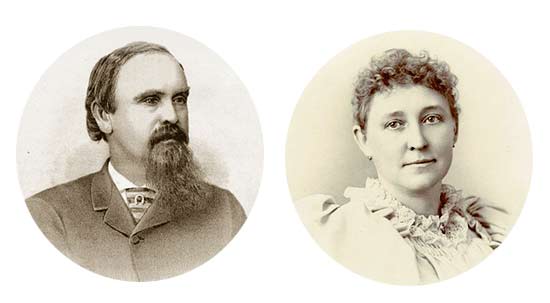 When Helen Keller was 19 months old, she contracted an unknown illness that left her both deaf and blind.

In her autobiography The Story of My Life, she described that deafblindness left her living “at sea in a dense fog.” People suspect today that she might have contracted either scarlet fever or spinal meningitis. Despite her disabilities, Keller was able to communicate somewhat with Martha Washington, the six-year-old daughter of the family cook. Martha was able to distinguish some of Keller’s signs and communicate with her through their very own language system. By the age of seven, Helen Keller had developed over 60 hand gestures of her own. She was also able to identify her family members by the vibrations of their steps on the floor.

In 1886, after reading Charles Dickens’ American Notes, Helen Keller’s mother was inspired to pursue formal education for her daughter.

Helen Keller’s parents, Catherine and Arthur Keller set about finding the appropriate institution to educate their child. Through this journey, they ended up in contact with the Perkins School for the Blind. The director of the school recommended that a former student by the name of Anne Sullivan would be an ideal choice for helping Keller. The two would work closely together for the rest of Anne’s life.

One of Helen Keller’s constant companion in life. Anne Sullivan played crucial roles as the teacher and supporter in Keller’s life.

On March 5th, 1887, Anne Sullivan arrived at Keller’s home. Keller called the day of Sullivan’s arrival as the “birthday of her soul”. Anne Sullivan began to teach Helen to spell words by writing into her hand. They struggled with this method it first until they made a breakthrough. Sullivan was signing the word for water into Keller’s hand while running her other hand under running water. This is the first instance that Helen Keller recalled understanding that the signs Anne Sullivan made were connected to real-world objects. This moment can be seen as awakening Helen’s desire to learn and interact with the world around her.

Throughout the years, Helen had her companion Anne at her side helping her through the world. Anne Sullivan died in 1936 with Helen at her side. 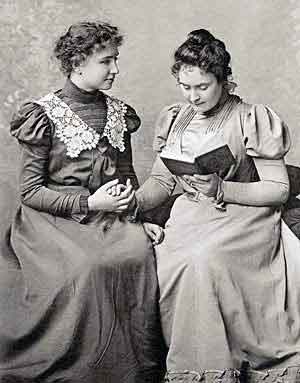 By 1888, Helen Keller had become a student at the Perkins Institute. By 1894, she was attending school at Wright-Humason School for the Deaf. And by 1900, Helen was attending Radcliffe College — a women’s liberal arts college in Cambridge, Massachusetts. Helen wanted to go to Harvard, but Harvard was an all-male university during her time. So she went to Radcliffe instead, which was the female coordinate institution for Harvard College. When Helen Keller graduated from Radcliffe in 1904, she became the first deaf-blind person ever to be awarded a Bachelor of Arts degree. Despite her circumstances, Keller showed a great aptitude for learning. She also demonstrated an unyielding desire to further her abilities.

Her quest to learn did not end here. Over the next few years, she would learn to use her physical voice. She discovered ways to experience music through the use of a resonant table to feel the vibrations of songs. She could even lip-read by touching the lips of a person who is speaking to her; her heightened sense of touch allowed her to know what was being said. 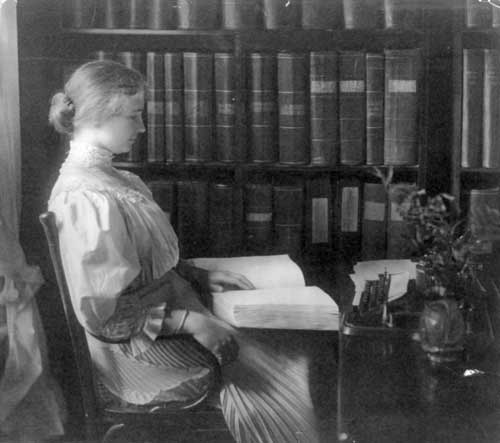 Some of Helen Keller’s contributions to society are her literary works.

Helen Keller was a prolific writer. She produced many works on her experiences as a member of the deaf and blind communities. In total, she has published 12 books and written several articles.

At age 21, Helen Keller published The Story of My Life (1903), her first autobiography. In this book, she talked about the story of her life up to age 21. The autobiography was written when Keller was in college with the help of Anne Sullivan and her husband John Macy. 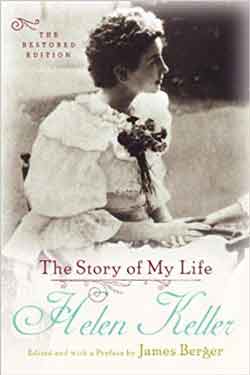 In 1908, she published The World I Live In. In this book, she shared with her readers some insights into her life. A series of essays on socialism (more on Keller’s involvement in advocating for socialism below) were published in 1913. 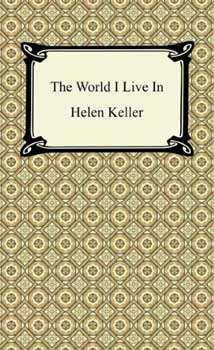 This is not an exhaustive list of Helen Keller’s works.

Helen Keller’s challenges in seeing and hearing did not prevent her from advocating for what she thought was right.

The year before Keller graduated from Radcliffe, she had published her autobiography The Story of My Life. After she graduated in 1904, she continued to inspire people with her life story. At the same time, Keller worked toward raising awareness on the challenges faced by people with disabilities. Helen Keller also testified in front of the US Congress as an advocate for the blind.

In 1915, Keller co-founded Helen Keller International (HKI) with George Kessler, a wealthy wine merchant from New York City. Still active to this very day, HKI is a non-profit organization exists to help people with blindness. Among HKI’s missions and goals are to reduce preventable blindness and reduce malnutrition.

Fiver years later, Helen Keller co-founded American Civil Liberties Union (ACLU). Like HKI, ACLU remains active to this day. It is one of the largest non-profit non-partisan activist organization in the US. ACLU’s stated mission is to defend the liberties and individual rights of the citizens of the United States of American. 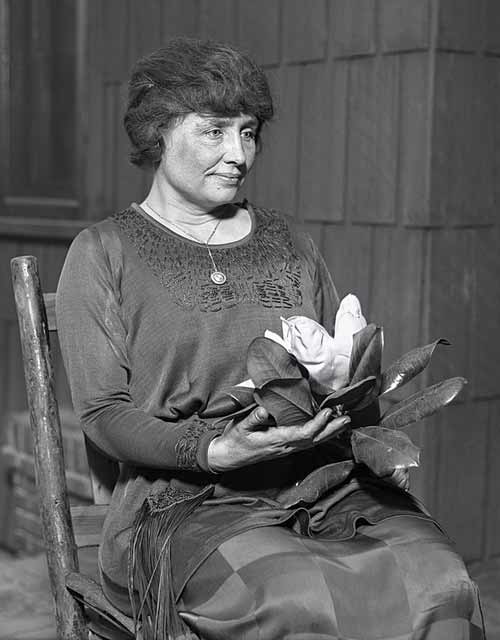 Keller’s effort was not limited within the United States borders. During her active years, she was known to have visited 35 countries and gave inspirational speeches that brought awareness. Among the countries that Keller had visited was Japan. It was said that Keller was a favorite of the Japanese people.

As an outspoken activist who dared to stand for what she thought was right, it’s only natural that she was active in the women’s suffrage movement. The movement fought for equal voting rights for both men and women.

Keller also believed in socialism. She was a member of the Socialist Party and advocated for a revolution. Federal Bureau of Investigation FBI even opened an investigation into her. Her advocacy for socialism is often downplayed in mainstream media. However, the fact is that socialism is a core part of Keller’s political philosophy. She even produced a number of essays on the topic of socialism.

In her later life, Keller devoted much of her time and effort to raising fund for the American Foundation for the Blind. 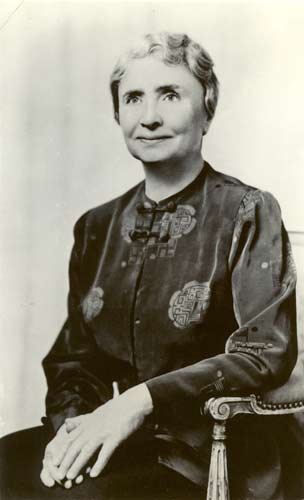 In 1961 Keller suffered a series of strokes. As a result, she had to spend the last few years of her life at her home. In 1964, Helen Keller was awarded the Presidential Medal of Freedom by President Lyndon B. Johnson. The award was one of the United State’s two highest civilian honors. The medal is awarded to distinguished individuals who have made significant contributions to the United States. The recipients of this medal include John F. Kennedy, Pope John XXIII, and Mother Theresa.

On June 1, 1968, she died in her sleep at her home in Connecticut. She was 87 years old when she passed on and was a few weeks short of her eighty-eighth birthday. The symbol of perseverance found her final resting place at the Washington National Cathedral in Washington, D.C. next to her constant companions, Anne Sullivan and Polly Thomson.

Using her voice and her experiences, Keller shared her thoughts on social and political issues. Today she is an iconic figure who is known to have labored for the betterment of others despite her own disabilities.

You should also check out these interesting facts about Helen Kellers. 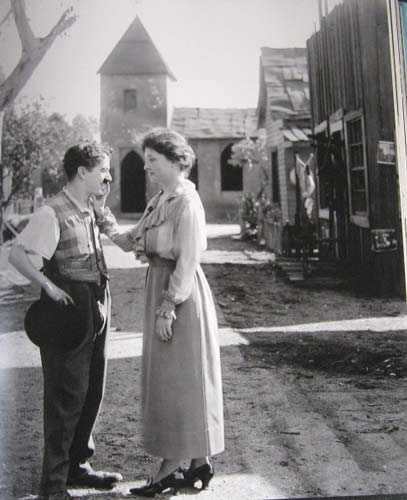 How Did Helen Keller Learn to Speak?

A Short Biography of Helen Keller

Reasons Why the Cape Is Due for a Comeback