Do you find it easy to flirt with others? Or does the thought of talking to someone romantically make you extremely anxious? Astrology can tell us a lot about ourselves – our quirks, motivations, and innate reactions. 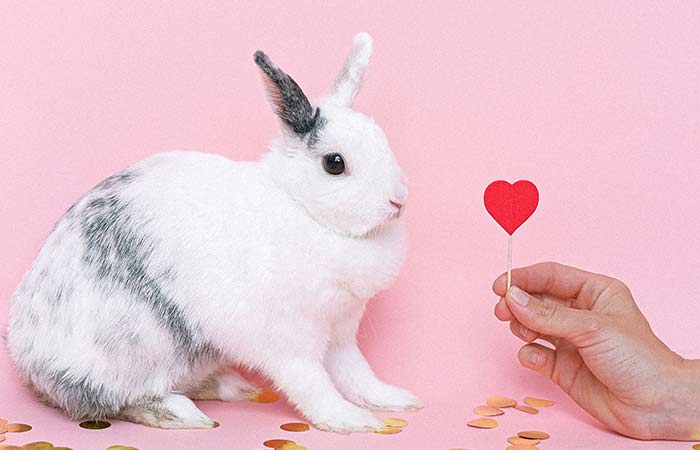 That’s why understanding your Zodiac sign is key to navigating your very own path. Some things can come naturally to certain signs but may seem very difficult for you. Whereas in other areas your Zodiac sign might excel while others struggle.

Since astrology can have a big effect on our personalities, we can distinguish between signs that are more flirtatious and signs that are more reserved. Although astrology takes into account lots of other factors such as your Moon sign or Venus sign, the Sun sign is often the best place to go for a general understanding of someone’s behavior. Here is a list of the most flirtatious signs from most to least!

Gemini is one smooth talker. Ruled by communicative Mercury, Gemini flirts without even knowing it! This sign just can’t help but attract people everywhere they go. Gemini is a great flirter because they know exactly what to say to make you swoon.

Even in the most unromantic situations, Gemini will find a way to make a successful first move. Gemini is a big social butterfly and so is very flirty with everyone they meet.

Ruled by the Sun, it makes sense that Leo is the star of the show. They enjoy being admired and look upon by others. They’re the kind of sign that makes heads turn without even trying.

Leo’s confidence is natural and attractive. They aren’t afraid to be bold in their flirting style. If a Leo is interested in you, you’ll know it just from the look in their eye! Leo isn’t one to beat around to bush or get nervous around someone they’re into. If a Leo is really into you, they’ll go all out to get your attention and win you over.

Scorpio is known for being one of the most intense Zodiac signs.

They are a highly sexual and seductive sign that has a very magnetic personality. When a Scorpio walks into a room, people can’t help but look. That air of mystery around them is so captivating, you’ll just want to talk to them!

Scorpio’s flirting style is confident but in a more subtle way to Leo. They are not afraid to say something that will get your heart beating fast, however they will only make the flirt move if they know it will work out well.

Libra is one of the most charming signs out there.

Ruled by seductive Venus, Libra is dripping in allure. They are a very light hearted, playful sign who can’t help but flirt with anyone that looks their way. Falling for a Libra is very easy – they are innately romantic and sweet people.

Sagittarius is known for being a very happy go lucky kind of sign.

Their enthusiasm and optimism makes them very easy to fall for. Along with that, Sagittarius has a great sense of humor and can immediately lift the mood of the room.

This positive energy is often what draws people to them. Sagittarius is also a very witty and quirky sign. Their uniqueness is a strength when it comes to flirting. No one can deny a Sagittarius’ presence!

Being the first of the Zodiac, Aries always have that youthful energy.

Things come so easily to Aries because they are not afraid of failing or looking silly. Aries is a great communicator and an even better flirt. Sometimes Aries flirts without even knowing so! It’s just in their nature.

With Virgo, flirting is as easy as breathing.

Since Virgo is ruled by Mercury, the planet of communication, they have no problem attracting people with their witty words and hilarious sense of humor. Despite this, Virgo is naturally introverted so they don’t often flirt with someone unless they are seriously interested.

Pisces is a true romantic, the dreamiest dreamer, and an idealist at heart.

They understand what good romance looks like and so charming others is like second nature to them. Pisces are usually shy when it comes to flirting. However, this often works in their favor by making them appear cute and mysterious.

Read next: Zodiac Signs that Are Born Fighters

If there’s one thing a Cancer understands, it is emotion.

Everything a Cancer does is often out of emotion and their feelings, including flirting. Cancer doesn’t flirt as much as the other signs but if someone starts it, they can play along with ease!

Taurus is an Earth sign, so they typically have a very cool and collected demeanor.

However, when it comes to flirting Taurus totally over-thinks which causes them to stumble over their words! Lucky for Taurus, many people find this quite endearing and so it usually all works out in the end.

For a guy this might be buying someone a drink, and for a girl this might be playing with their hair. However, Capricorn is a super busy sign and doesn’t have time to waste on their hands. They will only flirt with people they deem to be worthy, and if you don’t meet their expectations they’ll move on pretty fast.

Aquarius is the Zodiac’s deep thinker and innovator.

Aquarius knows how to flirt (of course) but they often prefer to woo someone over with their intellectual thoughts and ideas. They feel the most connected to someone when geeking out over their favorite philosopher’s theories.