And The Most Competitive Zodiac Signs Are…

Astrological signs, referred to as zodiac signs, can explain the differences in our personalities. It’s quite amazing when you think about it. 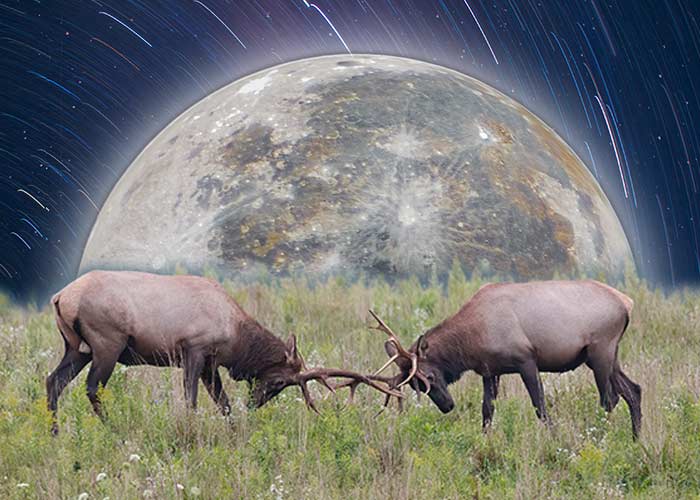 What’s your sign? Do you know what it means? Being aware of what zodiac sign you are and realizing your personality is driven by when you were born is eye-opening. So what does your birthday have to do with how competitive you are? Quite a bit! Astrology or paying attention to your horoscope can assist you in recognizing both the pros and cons of your competitive spirit. Take a look at the most competitive zodiac signs. It might have you seeing, stars!

These signs are not drawn to competition in their nature (they are not covered in this article). This doesn’t mean that they are not fighters! They just don’t compete for the sake of competing. These signs either do it without knowing it for other reasons that are important to their values.

Most Competitive Star Signs of the Zodiac

Aries’s symbol is the ram and for good reason. Aries wants what Aries wants when Aries wants it. Friendly competition motivates them to do better and be better. Sometimes an Aries is their own worst enemy because they constantly have their eye on the prize, a goal, and will do just about anything to make it to the finish line, a winner. Aries’s competitive spirit makes them good team leaders and players. Aries are also good and loyal friends. You just have to be willing to go along for the successful and wild ride. Be prepared, Aries like to win, so losing is not an option in their motivated game book.

Cancers are hard-working, dedicated, and loyal colleagues and friends. They don’t take lightly to anyone who makes negative comments about those they love. They are charismatic, charming but tough to argue with. They are wise, intelligent humans who don’t like trouble, but will step up if threatened in any way, shape, or form. Be prepared to disagree with a Cancer. They thrive on learning how to exaggerate and inflate what you say and turn it against you to the point you agree with them! Cancer is one of the most powerful signs because they love deeply and will fight tirelessly to win.

Capricorns, are serious, thoughtful humans who are always on a mission to continually improve themselves. They are deep thinkers and naturally competitive to the point they don’t even realize it, This trait makes them misunderstood by others. Their responsibility, determination, and stamina is an ongoing goal that rules everything and everyone in their lives. Their biggest competition is themselves which is an inner battle that comes out to play when they least expect it. They are usually intelligent, clever, and play fair. That said, they want their opponents to play fair too. Don’t cross them. Caps are willing to do whatever it takes to win the race.

Leo the Lion roars their way through life. All this determined human can think about is what they want and what it will take to get it! Unlike their competitive counterpart, Aries, a Leo will step over and roar past anyone who disagrees with or gets in their path. There is no such thing as friendly competition in their world. Winning is serious business and this fierce competitor keeps her eye on the prize, whatever that prize might be. Leo likes to be the center of attention, using an ambitious nature to get ahead of the pack. Watch out, it can be a bit confusing. Leo will use their big-hearted and generous nature to trick you into getting ahead over and over again. This is considered a win, win in their confident, all about me, world.

Scorpios have an innate ambition that makes them extremely, some say, ridiculously competitive. They want it all, and they want it now, usually right now. They believe they deserve the best of the best and that includes the win. They are known to be jealous when they aren’t the center of attention. They rarely back down and enjoy a good lively, fight. They are motivated by money, power, position, and popularity. They know they have to work it to win it. Scorpio is usually charismatic, enjoys the thrill of the chase as much as the win. But be prepared. When this amazing creature doesn’t win, a not-so-charming, scary side comes out to play.

Powerful, stubborn and competitive all describe our talented Taurus. They have a strong presence in all areas of her life. Taurus, the bull not only likes to win but also wants others to be impressed with their accomplishments. Look at me, look at me seems to be their mantra when they enter into a room. Talented in everything, at least that is what they think in their confident head. A Taurus knows what they want, and won’t stand for anyone or anything that gets in the way. A Taurus is tirelessly patient to the core and will play the long game to outlast any opponent. They keep their focus on the prize and pat themselves on the back when their patience or stubbornness pays off. Don’t cross a Taurus. It’s important to remember, they may not forgive or forget.

Virgos are complicated people. They are very opinionated and strong-willed. Perfectionists at heart, they are known for their attention to detail. They are competitive but are underhanded at times because they prefer to go unnoticed and are comfortable behind the scenes. On the other hand, they will come out of nowhere, voice their opinions to win a conversation, whether they are right or not. Be careful to challenge a prideful Virgo. When this happens, they switch into full gear and become competitive at the drop of a hat.