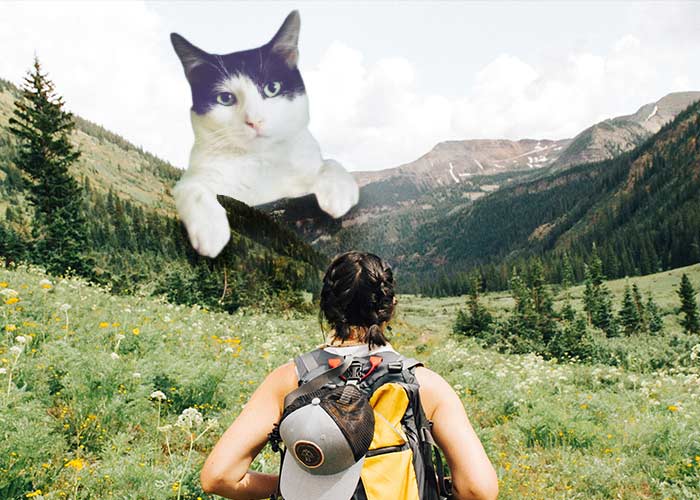 When a zodiac sign is adventurous, you can trust that life is never going to be boring. Whether they are your friend or significant other, your life will be packed with one cool activities after another.

On the other hand, if you’re more of a homebody, you can trust that you will instantly clash with a naturally adventurous sign. Discovering which signs live for new experiences can help you pick both the perfect friend group and/or partner. These are the twelve zodiac signs ranked from the most adventurous to the least adventurous.

Surprised by the ranking above? Find out the explanation for their order below.

Sagittarius is the most adventurous of all of the zodiac signs. New experiences are a part of their personality. Meeting new people puts a sparkle in their eyes.

A person born under this sign tends to seek out adventure if she doesn’t find them. Without it, life becomes mundane and boring. Nothing is more irritable than a bored Sagittarius.

When it comes to going on a new adventure, Aries is always down to go with you. Fire signs are the most adventurous signs of the zodiac, so it’s not a surprise to find Aries towards the top of the list.

This sign is also known for being a bit impulsive. Expect them to want to go on vacation on a whim, plan random dates, and more. If you’re not up for a spontaneous partner who is drawn to adventures, consider whether you can handle this.

Scorpio cannot stand to be bored. Whether it’s a new project or an adventure, you can trust that they want to be on the go. Sitting at home on the couch every day is not going to cut it with this person.

Instead, expect them to want to leave the house, even if it’s just to go to the gas station. They’ll want to plan elaborate dates that are different. Scorpio is never boring. However, if you thrive on things being the same this might not be your soul mate.

Another factor that draws them toward taking the path less travelled is their active nature. Sitting at home all the time can get boring to Gemini, and they need new experiences to feel alive. Without them, Gemini can get too restless.

The sign of the lion, Leo, also has an adventurous nature. Their courage gives them the fearless edge to do anything that they set their mind to. However, the lion is not the type to want to go on random adventures constantly.

Because they require a life of luxury to be happy, this sign will often spend time working or making money. They want to impress other people to stroke their massive ego, so expect them to do adventurous things that both impress others and cost a lot of money.

Pisces are not adventurous by nature, but they tend to go on adventures. Instead of constantly going on one new adventure after another, you’ll discover that Pisces prefers to go on far-off getaways.

This is because they use adventures to get away from the responsibility of life. They like to be in their own world, and this gives them the chance to do that. Don’t expect them to be too adventurous unless they are trying to escape.

This may come as a surprise because Taurus generally prefers to stay within their comfort zone. But what if adventures can be within one’s comfort zone?

Taurus enjoys going new places and on adventures, but only if they are planned. Spontaneous adventures are not going to excite this sign as much as they will Sagittarius.

However, that doesn’t mean you’ll be bored with Taurus. They simply prefer advance notice before embarking on the adventure. They’ll help you plan every single detail beforehand, so they’ll need plenty of notice.

Similar to Taurus, Libra enjoys going on new adventures and participate in activities, but they would prefer if they happen in a planned manner. If you want to go on a vacation on a whim, Libra will be planning the details and activities as you’re driving to the destination.

Having said that, they don’t like to step out of their bubble too much. While they won’t mind going on vacations occasionally, this isn’t their ideal lifestyle.

Aquarius doesn’t mind going on adventures, but don’t forget that they aren’t a big fan of doing a lot of things. They simply enjoy evenings at home more than traveling.

However, they also like to see and do new things. Finding the balance between time at home and going on adventures is key to making it work with this zodiac sign. If you attempt to throw them into too many new situations back-to-back, they will wind up resenting you.

Virgo has a hard time being adventurous. They have to reflect on every aspect of a situation before making a decision, and this applies to going to new places or trying new things. Before arriving at a restaurant, Virgo would prefer to already know what’s on the menu. Then, they can make an informed decision as to whether they would like to try the new restaurant.

This zodiac sign doesn’t mind new things, but make sure that you give them advance notice. They would like to make a decision about whether they want to try something instead of sporadically doing new things.

Cancer does not like a lot of change. This settled sign prefers consistency and stability over anything else. It makes them almost the least adventurous of the zodiac signs.

Going on vacations is fun for Cancer, but they would prefer that they be planned family vacations. Telling them about new things before doing them is ideal. Do not expect them to step outside of their comfort zone too often.

Capricorn is a settled, responsible sign. They would much rather stay in the comfort of their home instead of going on an adventure. Vacations are a possibility, but you can trust that they will be happy once they are home again. Cancer does not like to step outside of its comfort zone.

Some zodiac signs are adventurous, while others would much rather stay inside the house. If you’re the type to go on a new adventure every day, this list can help you find a partner or best friend that can keep up with you.