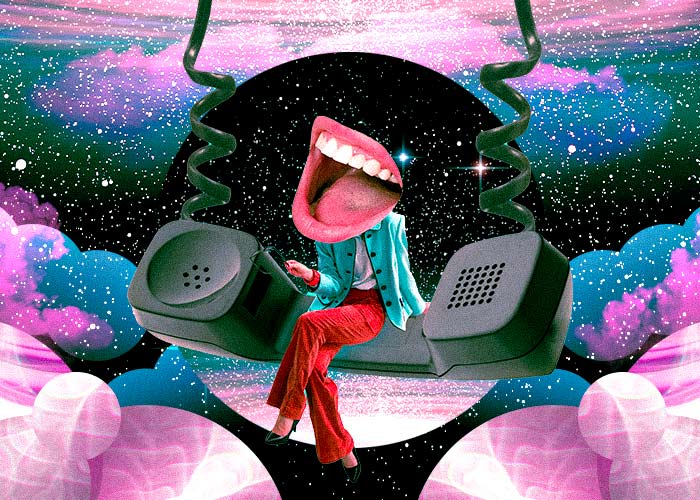 Long-winded people are talkative. These souls have a lot to say and if given the opportunity to talk, they’ll blabber endlessly until someone stops them. When someone is naturally talkative, we can blame their zodiac sign for it. Certain zodiac signs are quiet and reflective, only talking when it is absolutely necessary. Others are loud and chatty. Read on to see our ranking of the most long-winded zodiac signs from the least to the most.

Zodiac Talkative Ranking (Least to Most)

Scorpios just want to learn and learn which is why they prefer to listen rather than talk. They’re quietly taking notes in their minds while everyone is spilling. It does not matter to them if the information they’re learning might not even be useful. They keep their own cards close to their chest but don’t mind learning everyone’s secrets and cataloging them away in the mind’s library. On the rare occasions that they speak, Scorpios are very intentional, and all their words are calculated.

Capricorns don’t fare so well with conversations. Most times, they’re better writers than speakers. On top of that, they tend to think frivolous conversations are a waste of time, so they’d rather not engage in them. Count them in to participate in business meetings and other serious affairs. They can be articulate when they need to get their point across. But in most cases, they’ll say nothing if they feel their contribution is not necessary.

Cancers are not chatty or loud. They love their privacy and keep their thoughts guarded. Because of this, they don’t readily disclose how they feel, especially to someone that they do not trust. It’ll take a while to become a Cancer’s trusted friend. But once you get to this stage with them, they can hardly shut up about what they have on their minds.

If you need someone for casual talks, a Taurean is probably not the ideal person to go for. They don’t fancy small talk or stupid jokes. However, if you have more serious conversations on the menu, then they might be interested in talking.

Naturally, people born under this sign prefer to soak in information. They’re observant and they prefer to spend their time observing and learning from the world instead of talking.

People born under this sign have mercury as their ruling planet. Virgos always seem to have a lot on their mind. This makes them prone to anxiety and self-doubt. Because of these, it is often too difficult for them to summon the courage needed to speak up.

Virgos have strong analytical skills which make them great critiques. Their talkative nature bursts to the surface when they’re trying to point out something wrong and they want to help you see it.

Air signs generally have their way with words and Librans are no exceptions. They’re smooth talkers and they really love to talk. But they do listen as well. Librans know when to keep quiet so that someone else can take the mic too. Librans are often considered the negotiators among all the zodiac signs. Of course, to thrive with this reputation, you have to be great at keeping conversations.

The Aquarius zodiac sign is an air sign which means they love the limelight. They’re not afraid to take the podium and they do a very good job at it too. Aquarians have no problem rallying a crowd. They’re just as impressive in private conversations, although talking to them might feel like you’re listening to a long speech. If they’re passionate about any topic, they’ll research it thoroughly and make sure everyone understands it when given an opportunity to talk about it.

Since Leos love being the center of attention, it’s not surprising that they tend to be talkative. Their dramatic and flamboyant personality comes to the fore in conversation. Leos really put up a show with everything and that includes how they converse as well. Talking to a Leo is almost as if you’re watching a performance. Leos thrive both in one-on-one conversations as well as in group discussions. But they enjoy talking to a large audience more because it fuels their ego. Leos are great storytellers and crowd-pleasers, which allows them to carry on long conversations without boring the audience.

Pisces are known to be emotionally sensitive and empathic. This tends to be reflected in their conversations. A Pisces is more than happy to listen and observe conversations instead of speaking. When someone is talking to them, they really listen and they put in the effort to understand everything. Their nature as empaths allows them to relate deeply with people’s feelings and emotions. When asked for advice or given the opportunity to speak, Pisceans will unveil all the knowledge they’ve been stockpiling. They’ll not only show how intelligent they are, but their conversations will also reveal how in tune with their emotions this zodiac sign can be.

Sagittarians have a surprising top spot on this list despite being one of the most laidback of all zodiac signs. They don’t seem like they talk much, but that side of their personality comes to life in an instant when there’s an opportunity for meaningful conversation. Ask them about their favorite subject and the Sagittarius will go on for hours about it. They also have varying interests which means they’re unlikely to run out of things to talk about. Sagittarians make excellent teachers and people often enjoy listening to them unless they get carried away.

People born under this fiery zodiac sign are obsessed with dominance and control. This is what fuels their “loud-mouthedness”. Aries is usually the loudest voice in the room. They love being the focal point of conversations and will speak over everybody else just to make sure their voice is heard. Arieses have no filter whatsoever. They’ll talk impulsively which means nothing is off the limits. They also love being right every time and they don’t mind going into a long debate just to prove a point.

If you’re familiar with the Gemini zodiac sign, you won’t be surprised that it is winning the top spot on our list of chatty zodiac signs. Mercury (the god of communication and intellect) is the ruling planet of this zodiac sign which means talking comes naturally to them. Geminis are intelligent and witty. They are knowledgeable about diverse topics and can talk endlessly about their many interests without getting tired or boring you out.

Speaking is like breathing to them and their quick minds allow them to switch gears as quickly as possible to keep the conversation going. It’s a good thing they’re smart so you won’t regret having a conversation with them because they always have something worthwhile to say.

As you can see, some people are just naturally talkative while others will rather keep things to themselves. Regardless of the category you belong to, understanding why people act the way they do will help you in your relationships with them.