We all know people that are prone to simply saying what they want, no matter how harsh it is. Likewise, we also all know people that tend to be more passive aggressive in their debates. These people are the ones that will give you a backhanded compliment instead of telling you that you did something to hurt your feelings. Check out where you fall on this passive aggressive zodiac sign ranking list. 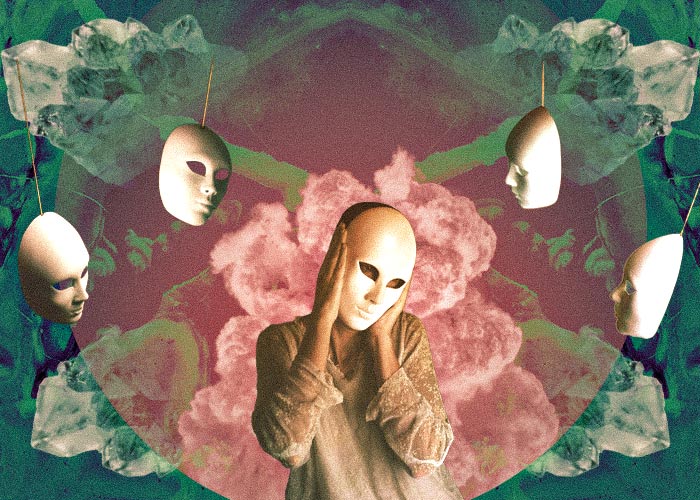 Aries has such a temperament that they struggle with being anything but bold when they have a problem with something. While Aries can be tactful, this requires a lot of restraint. Instead, Aries would rather tell you the harsh truth or simply be silent.
This sign also tends to value honesty. They view skirting around the direct truth as being dishonest and believe that other people close to their hearts deserve honesty. Surprisingly, they can have good intentions although they can be unintentionally harsh.

Leo is a fire sign that has a hard time being anything less than extra. They tend to tell people what they think. You should never ask this zodiac sign for their opinion unless you are prepared to hear the honest truth.
However, this sign isn’t always aggressive. They do understand that there is a time and a place for everything. Rather than embarrassing themselves by arguing in public, you can expect this zodiac sign to wait until it is appropriate to discuss things. This isn’t them being passive aggressive, but it’s nice to appreciate the times when Leo does manage to be tactful.

Capricorn is one of the most mature of the zodiac signs. They view being passive aggressive as childish. Instead of taking dirty shots at someone they care about, Capricorn would much rather sit down for a mature conversation to sort things out.

Scorpio is a very intense sign by nature. It’s hard for them to hold back their anger or hurt. They will make sure that you know they are hurt or mad at you, and they won’t hold back when they tell you so.
After that, Scorpio is not likely to be passive aggressive. However, they are known for being manipulative. If you do see a passive aggressive side of Scorpio, it will involve them giving you the silent treatment.

Taurus is stubborn by nature. However, they don’t like being dramatic. Because of this, you’ll see a combination of them being passive aggressive and them being upfront when something bothers them.
This zodiac sign is likely to tell you why they are angry with you. Due to their stubborn nature, they may have passive aggressive behaviors. For example, you may get the silent treatment or snarky comments because they are mad for days on end. This is common in Taurus, and they will stop once they calm down.

Pisces is occasionally passive aggressive. This sign would rather talk to you about what’s wrong because they are not ones to hold back their emotions.
You will see Pisces acting passive aggressive on occasion, however. You’ll be on the receiving end of the silent treatment while they try to get their emotions in order. They are deciding whether you deserve their anger or forgiveness. Until they reach a decision, you’ll have to deal with the passive aggressive behavior.

Virgo is too logical when they are hurt or angry. Before stating why they are angry, they have to overanalyze their emotions. They will take the time to rationalize why they are angry, whether they are right, and will then want to possibly discuss things. During this period of overthinking, Virgo will be passive aggressive.

Aquarius prefers to be passive aggressive. It’s not because they hate conflict, though. Instead, Aquarius simply thinks that other people deserve passive aggressive behavior. If you bring up the argument, they’ll stop the snide remarks and have either an argument or conversation with you.

Cancer can be rather emotional at times. These emotions are what lead to them being passive aggressive. Cancer will often act passive aggressive when someone that is close to their heart hurts them to determine whether the other person still cares for them. Partners can expect this behavior to continue until they have assured Cancer that they still care, and then they can begin to work through things.

Gemini remains in a constant internal battle with himself. One day he may feel angry, while the next he will want to discuss things in a calm way. This constant moodiness and indecisiveness makes it rather difficult for Gemini to actually solve problems that bother them. It often leads to them being passive aggressive as they try to decide what to do.

Libra prefers to maintain peace and harmony whenever possible. Because of that, they are less likely to strike out at someone when they are angry. Instead, they will plaster a fake smile on their face and choose passive aggressive tactics to hurt the other person.
The only exception to this is if Libra feels that a significant injustice has been done to themselves or a loved one. In this situation, Libra will often lash out, making sure that the other person knows exactly what they have done wrong.

Sagittarius can be surprisingly passive aggressive. They are full of emotions and view life as one big bubble of fun. When they get into an argument with someone, it can quickly burst their bubble. To avoid that, Sagittarius will try to avoid arguments. They would rather be passive aggressive, and never tell you what you’ve done wrong, than risk you ruining their day with negativity.
How passive aggressive the zodiac signs are often depends on how well they can control their emotions, their level of maturity, and what they strive to have in life. Read the rest of our blogs to find out what other personality traits you can thank your zodiac sign for.