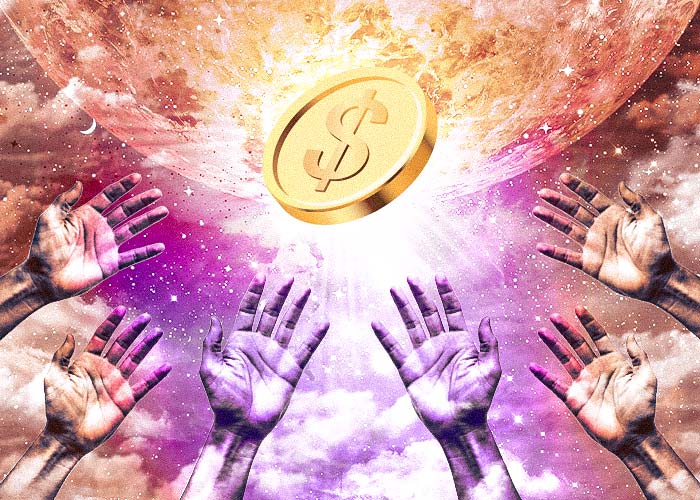 Virgo is notorious for not being materialistic. It doesn’t take a lot of money to make this zodiac sign happy. These people tend to cherish memories with people more than anything. When buying a Virgo a gift, you can trust that they will appreciate the thought you put into the gift more than anything.

Libra prefers a balanced life instead of a luxurious one. While they appreciate splurging on a vacation or something nice for themselves, they make sure that they do not make a habit of this type of behavior. Instead, Libra prefers to carefully budget money. They take pride in having a rainy day fund more than anything else.

Scorpio is one of the most focused signs of the zodiac. They tend to intensely focus on everything, including their money. If Scorpio does buy something for himself, it’ll be something big. He prefers to save money for years to make a coveted purchase over spending money all the time. You’ll also find that this zodiac sign enjoys making other people happy, so they might not have a problem spending money on other people as they do themselves.

Aquarius is one of the least materialistic signs due to its compassionate nature. They prefer to spend money on making a difference in the world or in someone else’s life before themselves.

There are a few exceptions, though. Aquarius will splurge more on things that they deem necessary for their eccentric lifestyle more often than the other signs that aren’t materialistic. We all need to indulge sometimes, though.

Cancer is not one to splurge a lot of money on materialistic things unless it concerns his home. A person born under this zodiac sign takes a lot of pride in their home, and they want everything to be of high quality. Whether it’s high thread count sheets to keep you comfortable or a gorgeous rug that they know guests will enjoy, Cancer won’t bat an eye at the price tag.

Their attitude regarding other purchases is often the opposite, though. They tend to be very careful with their money in other areas of life. That’s how they are able to spend so much money on their home!

Capricorn tends to appreciate buying themselves the best of the best. However, they also have a nice balance to make sure that they don’t overspend. Expect this zodiac sign to make sure that the money for a shopping spree is in the budget before they head off to the mall. They also won’t overindulge thanks to them being a grounded Earth sign.

Sagittarius doesn’t usually care about materialistic possessions unless they have a particular passion. For example, a guy that loves cars will spend an insane amount of money on cars.

This zodiac sign does tend to spend more when they consider something an experience, though. You’ll see their materialistic nature come out when they enjoy something. Whether it’s a new toy for the kids or going on vacation, they won’t mind spending a lot.

Spending seems to come naturally for this water sign. They tend to overspend when it comes to people that they love, such as their children. You’ll also see their materialistic side come out when they have a hobby they are fond of, like stereo systems for cars or flying model helicopters. Overspending on clothing and me time is also common. In fact, Pisces tends to overspend on almost anything they enjoy.

Aries is often considered the boss of the zodiac signs, and they definitely act like it when it comes to spending money. They tend to prioritize themselves over other people and think that they deserve everything that they want. This zodiac sign is very unapologetic when it comes to being materialistic.

Taurus is another sign that is known for being a bit on the materialistic side. They do not mind splurging on plenty of beautiful things for themselves. Taurus will happily flaunt it on social media, and won’t mind telling people how much they spent, either. Shopping sprees are their idea of a good time. It doesn’t matter what this sign does, it is as though they can’t help but overspend until they are broke. Then, they work harder to make more money to spend.

It’s no surprise that Leo is the most materialistic of all of the zodiac signs. This sign is well known for wanting everyone to look at them, so they will need a nice wardrobe to show off. Their entire outfit always needs to be flawless. That extends to their hair and car as well.

Leo won’t want to look cheap in front of other people, so they’ll make sure to overspend. This is particularly true if they want to impress someone. Expect this zodiac sign to always be willing to spend money if they have it. Saving for a rainy day simply isn’t something they can show off!

How materialistic you are is determined from the moment that you’re born. Check out the rest of our ranking lists to learn more about yourself and your friends!