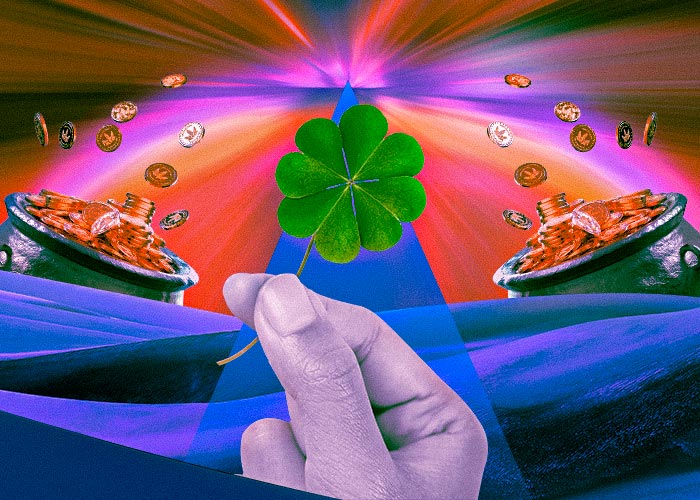 Knowing your zodiac sign can tell you quite a bit about yourself. It can tell you a lot about certain personality traits, and whether you’re blessed enough to be one of the lucky ones. We all know a person that seems to have the power of the universe on their side. Check out this lucky zodiac sign ranking list to see how much luck your zodiac sign has.

Zodiac Luck Ranking (Least To Most)

Libra simply can’t depend on luck to get them through anything. When they do, they never know how it’s going to turn out. Thankfully, Libra isn’t one to believe in superstitions or luck anyway. Instead, this zodiac sign believes that people create their own luck through hard work. They think they are unlucky because they have a minimal work ethic, though.

Capricorn does have quite a bit of luck, but it’s usually bad luck. They tend to work very hard and often find themselves having to deal with setbacks due to things that they cannot control. Because of this, Capricorn is one of the most unlucky signs of the zodiac. Thankfully, their extreme work ethic helps them get ahead despite their bad luck.

Aries is full of luck, but sometimes it’s good luck and sometimes it’s bad luck. When Aries notices that they are having good luck, they dive into everything that they can. However, most mature Aries also know that it’s time to settle down a bit when they are having a streak of bad luck. This sign believes in the power of the universe, and they know to watch out for signs that things are going to go good or bad.

Gemini is one of the more unlucky signs of the zodiac. They make an amazing effort to keep an eye on signs from the universe, but it simply doesn’t work out well for them. Instead, this zodiac sign often finds itself on a bad luck streak. Gemini doesn’t have the intuition to navigate around that bad luck, either. Because of that, they often find themselves in unfortunate situations.

Sagittarius often discovers that they have to work ten times harder than everyone else in order to get the same results because they simply do not have luck on their side. While they try not to get down about this, they still notice it and wish that the universe would throw them a bone every once in a while.

Aquarius is similar to Taurus in the luck department. On some days, Aquarius is on top of the world. It feels like nothing can go wrong. On other days, Aquarius feels like everything is going wrong, and they’re often right. Their luck tends to go quickly from good to bad, but Aquarius has the drive to not let their bad luck stop them.

Pisces tend to have both bad and good luck, but they do have a bit more good than bad. What makes Pisces so unique is that their luck tends to go to extremes. When they have a streak of bad luck, nothing in their life goes well. They have so much bad luck that they want to cry. However, when things do go their way, they have an amazing amount of good luck.

Cancer tends to have both good and bad luck to the extremes, much like Pisces. While it seems to change randomly, this zodiac sign does tend to have more good days than bad days. When they are on a good luck streak, it can last for weeks. It’s as though the universe is truly on their side with anything that they do.

Leo is known for being lucky. Anything that they put their heart and soul into will inevitably turn out well for them. They are spectacular at doing things that are new to them, and they aren’t shy when it comes to taking risks. Starting up a new business or taking a chance at the casino will usually turn out well for lucky Leo. Other signs are usually envious of their amazing luck.

Scorpio has more luck than most other signs. Where Leo will find themselves lucky in their endeavors, Scorpio doesn’t even have to try for things to work out for them. They often find themselves in situations that simply turn out for the best. This zodiac sign doesn’t have to put a lot of effort into anything, and somehow life turns out exactly as they want it to.

Virgo is by far the luckiest sign of the zodiac. It often seems like they have the universe on their side. Their extreme amount of good luck combined with their highly intuitive nature instantly make them successful in anything that they do. When Virgo sets his mind to something, it will get done well and be very successful, whether it’s losing weight or starting up a new business.

This sign does have one thing that inhibits them though: their tendency to overthink. Virgo often misses out on opportunities that the universe hands to them because they spend too much time analyzing them. If Virgo wants to tap into their amazing luck, he needs to follow his intuition more instead of spending so much time analyzing everything.