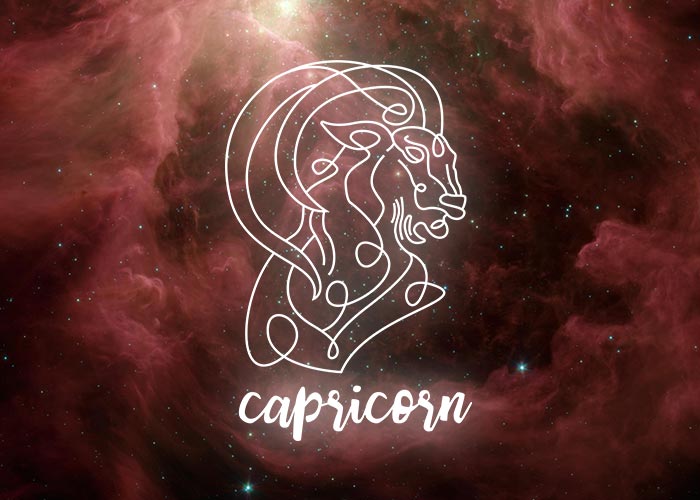 What are Capricorn’s Worst-Matched Star Signs?

Capricorn’s worst matches are Gemini, Aquarius, Leo, and Sagittarius. Why are these star signs considered bad matches for the sign of the Sea-Goat, Capricorn? What is their chemistry like? Get your answers in this astrology guide. The information in the guide is mainly applicable to love, romance, and marriage but can also be interpreted in terms of business, friendship, and other forms of partnership.

Capricorn ♑ (December 22 – January 19) tends to have their life together. Success follows their endeavors. They are ambitious, hard-working, and mature. Because they are so mature and focused on their goals, they tend to have a low tolerance for people who are after more superficial things in life (relative to their value system).

Capricorns themselves tend to prefer partners who prioritize the same things in life. They also need an independent partner who can handle long periods of being alone while Capricorn is out in the world pursuing their passion.

These are some zodiac signs that just make awful pairings for Capricorn. This incompatibility may be due to a variety of reasons. When there are multiple reasons for them to butt heads, it just gets worse. Here are some of these pairings:

Gemini is all about making light about more serious situations using humor or talking about trivial matters. This will not go well with Capricorn. It’s like they are trying to communicate in two entirely different languages.

Sure, they are both logical, but that’s where the similarities end. Gemini prefers to have a good laugh at whatever’s happening to them, no matter how serious it is. They also value having fun, even in their careers. Capricorn, on the other hand, is serious by default, especially when the topic calls for this. This is one of the reasons why these two zodiac signs rarely work out long-term.

One way in which these two can work out is if they’re colleagues or business partners. Without as much emotion involved, they can rely on their shared appreciation of logic and reason and complement each other where they are lacking. Even then, they’ll need to definite boundaries and be careful not to cross them for the partnership to work.

Even though these two signs are ruled by Saturn, they can’t be more different from each other. Aquarius doesn’t mind deviating from the norm, whereas Capricorn will do anything to keep their reputation spotless. Aquarius is all about their larger community, and Capricorn is all about themselves and their families.

Over time, Aquarius will grow resentful of Capricorn for being selfish. Capricorn will think from the get-go that Aquarius is peculiar, but they’ll be scandalized the moment they realize that they’re more than willing to put their reputation on the line for the greater good.

Even though they both value rationality over feelings, in the end, their priorities are very different. They won’t necessarily waste their time arguing, but they won’t make it as a couple nevertheless. Sure, the separation may be on good terms, but it’s a separation anyway.

This pairing also suffers from a lack of emotion. They are both overly logical. This also means that neither one of them is likely to feel the urge to fight for the relationship. They may postpone having hard conversations so as not to lose their focus in another area of life. This is a breakup waiting to happen. Don’t say we didn’t warn you!

It’s a pity these two signs are so incompatible, as Capricorn generally doesn’t care for being the center of attention and won’t resent Leo for this, and they are also generous partners who wouldn’t mind showering their loved one with expensive presents and picking up the tab at expensive restaurants.

However, Capricorn is likely to find Leo childish. Leo will, in turn, resent Capricorn for not being their biggest fan. Capricorn can’t fathom why Leo dedicates so much of their valuable energy to being the center of attention and everyone’s favorite, when they could be growing their career or seeing their families.

They are bad matches for one another and we don’t recommend this pairing. But they are not completely doomed either. If Leo earns Capricorn’s admiration from the start (perhaps Capricorn admires Leo’s success), they may start something that has potential.

However, our advice is that they stay as far away from each other as possible when it comes to their careers. This may quickly become a battle of the egos where both stand to lose.

Sagittarius enjoys a good laugh and they can’t take something seriously for the life of them. They won’t mesh well with Capricorn’s more structured personality.

Capricorn also tends to prefer more committed relationships. Getting Sagittarius to commit can be a very difficult endeavor indeed, one that most Capricorns will deem a waste of time.

What makes this pairing even more of a disaster is that they simply don’t have the same priorities. Capricorn won’t understand why Sagittarius spends their life savings on a holiday, whereas Sagittarius will think that Capricorn has too little fun and will judge them for it.

Overall, getting these two together will bring about more anger and tears than anything. We don’t recommend it.

While Capricorn can form a long-lasting partnership with a partner who sees eye to eye with them, with certain zodiac signs, it’s just a disaster waiting to happen.

With fun-loving signs who take everything lightly, it’s like they are speaking a foreign language. Capricorn can be quite judgmental, too, which signs like Leo won’t appreciate. Even worse, some signs, like Aquarius, will find Capricorn selfish.

On the other hand, Capricorn can quickly lose the respect they have for someone if they see they are more on the immature or superficial side. This can quickly turn any relationship sour.

Do you agree with our picks or did we forget an important one? Are you a Capricorn? Do you have any important Capricorns in your life?