Avoid being a bad Secret Santa by staying clear of these terrible Secret Santa gifts below — unless you want to prank your coworkers or friends.

Christmas is all about spreading love and joy to the people who matter most to us. Giving gifts is one of the Christmas traditions we’ve grown to love. But one of the tricky parts of giving someone a gift is to know what they want or have at least an idea of what they like. But what if people don’t know what we want to get for Christmas day. Will it still be a Christmas that we’ve always loved? 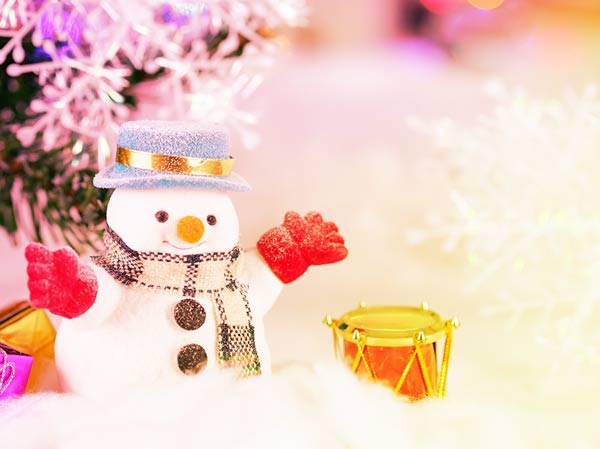 To save someone else with all the trouble, here are ten bad Secret Santa exchange ideas that nobody deserves on getting ever.

Plain or printed ones, it all looks the same! How unoriginal giving someone a pair of socks would be? Gifts are supposed to mean something, at least. Not something that was just randomly picked out from a store and wrapped up in a gift wrapper. That’s not the point of giving gifts. Socks are a way of saying “oh, I didn’t have time to think on what I should give you so here’s a pair of socks which either you probably hate or have tons looking like this on your drawer.”

It’s one of those generic ones again. It’s like they haven’t put much thought on what to get as a present and just picked a random-sized frame from the display. Besides, there are a lot of people who don’t frame a picture anymore. In the world we live in today, everything is so digital that you rarely see picture frames as displays in houses or offices. You can turn this around by putting something personal inside like a quote, or something that you know has a relevant significance to the person. Other than that, ditch the plain old picture frame as your Christmas gift.

Who in this world lack mugs or glass to hold up liquids of some sort? What’s worst is that even print companies print on mugs. They print it out with one of your pictures and crazy fonts so that you can say that it’s you’re a mug. But is it really necessary? Would you want to drink from a cup that has your picture on it?

Having said that, if you’re looking for something special, be sure to check out these unique coffee mugs.

This isn’t a generic one. In fact, it can be quite thoughtful of you to have thought of this. But as much as possible, if the person you’re going to give is NOT a fitness buff, don’t give them exercise gear. It gives them the impression that they would need to lose weight. During the holidays, losing weight or exercising are really the last things on someone’s list so don’t even want to bother! Why ruin such a festive mood with something that reminds them to control what they’re eating? Don’t be such a spoiler on this one!

Refrigerator magnets, mugs, t-shirts or whatever it is that came from a place you’ve gone to – it’s not a good idea to give it as a Christmas gift. Sure, you can give it as a souvenir but not definitely as their gift. For one, they might not haven’t even visited the place. Will you really expect them to display a ref magnet and when someone tells them ” I didn’t know you went to Greece!” when the ref magnet obviously screams “I love Greece.” Can you imagine how awkward that situation will be?

6. A Gift Certificate for a Wax

It’s pretty thoughtful of you to think of it. But why wax? It’s kind of offensive to someone especially when it comes to getting unwanted hair done.

First off, they might not even like the scent you have picked out for them. And second, what made you think that their place needs an air freshener? Don’t you think that it’s a bit upsetting to receive?

Again, just why? Unless they mentioned that they really need a weighing scale, then it’s the time that you give them one. But if they haven’t said anything about it, then stay away from giving them this. It might give them the wrong impression.

Yes, it’s supposed to be cute and funny. But apart from it has no absolute use, and there’s a hundred percent that they’re not even going to use it – there’s really no good use for it.

Sure, everyone needs a knife at home. But they surely can afford it. Or if they are a cook or chef of some sort, it’s best to let them decide on which knife they should buy.
These are just some of the Santa gifts you really should skip on getting someone. Besides, you wouldn’t want to receive the same thing, wouldn’t you?

What do you think is the worst Secret Santa gift?

What gift ideas do you think are worse than what is listed above? Do you have first-hand experience?